Hanging out in Kep’s crab market is one of our favourite things to do in Cambodia, but eating in one of the waterside restaurants is also certainly a culinary highlights during any trip to the kingdom.

The small southern Cambodia seaside town of Kep was probably the closest Southeast Asia came to St Tropez when, during the French period, the chic coastal resort of Kep-Sur-Mer’s hotels, villas and casino were the weekend getaway for Cambodia’s wealthy elite. Almost totally destroyed during the Khmer Rouge period and subsequent years of conflict, the town is now making a major comeback and is once again featuring on at least the more adventurous tourists’ itineraries.

Kep today is known as a quieter Sihanoukville alternative for expats and Phnom Penh weekenders, and it’s also popular with tourists making their way along the coast toward or coming from the Vietnamese border. Above all though, especially among Cambodians and even those who’ve never had the chance to visit, Kep is synonymous with crabs. It is the crab capital of the region and as we write, a giant concrete crab is under construction on Kep’s waterfront to rival Kampot‘s giant durian or Skoun’s concrete spider.

And where better in town to sample the famous fried Kep crab in Kampot pepper sauce than at the famous crab market itself?

The market is a selection of wooden shacks on stilts built over the sea, and it started life as the name suggests: a simple seafood market where the local fishing boats would bring their catch for sale. It’s now evolved into a string of waterfront bars and eateries. As visitors began arriving, some of these rustic shacks had the idea of cooking up the boats’ catches to serve to tourists and as business boomed make-overs abounded. Now, alongside still fairly traditional and basic local eateries, you’ll find cocktail and tapas bars, as well as a pizzeria and an internet cafe. Kep’s becoming chic again!

Plenty of great spots to eat and drink are here, but a couple of sundowners at the friendly Toucan tapas bar followed by a plate of fried crab at the neighbouring and excellent French-owned La Baraka restaurant is one of our favourite ways to spend an evening anywhere in Cambodia. The local seafood dishes are sumptuous, the service attentive, and should someone in your party not eat seafood or Khmer cuisine, they have excellent wood-fired pizzas on offer as well as a selection of classic French dishes. (In fact, their duck leg with gratin potatoes almost made me forget their crab.)

There are lots of prawn, squid and fish alternatives if you don’t want the crab and there are plenty of more local-style eateries along the waterfront too. Kim Ly’s is the best known, though its success has pushed up prices. Most crab market restaurants are open from late morning until late evening or whenever they run out of customers. Toucan, on a busy night, can stay open pretty late though. Note there are plenty of tuk tuks around early on to whisk you home, but you might want to book one if you end up staying late. Enjoy! 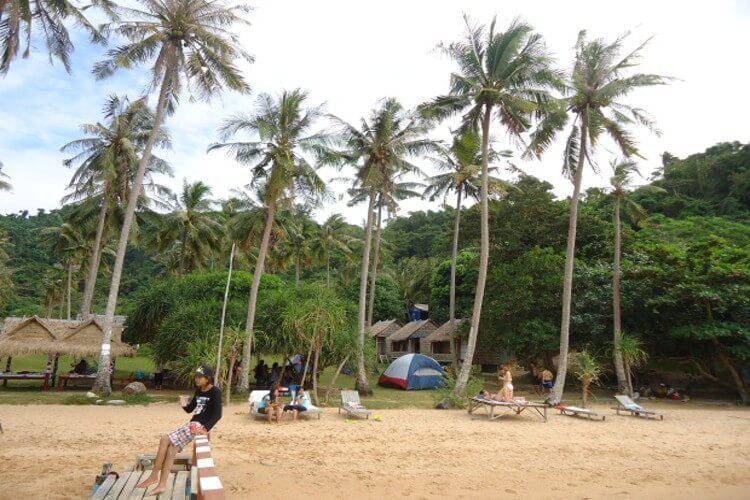