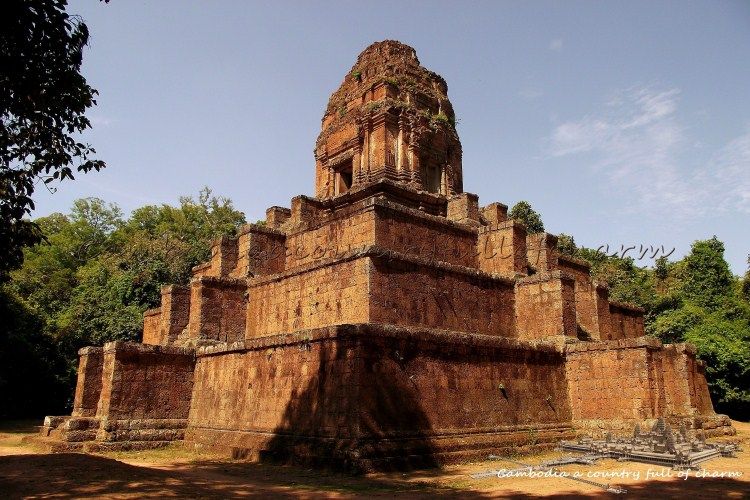 If you have a chance to visit Cambodia, don't miss Prasat Baksei Chamkrong.

The bird that shelters under its wings. This little temple with its four square tiers of laterite, crowned by a brick sanctuary, might serve for a model in miniature of some of its giant neighbors, and is almost as perfect as perfect as the day it was built...

Tip: The stairs to the Central Sanctuary are in poor condition but the architecture and decoration of this temple can be viewed by walking around it (in a clockwise direction). Those who persist in climbing to the Central Sanctuary should use the north stairway. It was built in middle of the tenth century (947), perhaps begun by Harshavarman I and completed by Rajendravarman II, dedicated to Siva (Hindu) may have been a funerary temple for the parents of the king with following transitional between Bakheng and Koh ker

According to legend, the king fled during an attack on Angkor and was saved from being caught by the enemy when a large bird swooped down and spread its wings to shelter the king. The name of the temple derives from this legend.

Baksei Chamkrong was the first temple-mountain at Angkor built entirely of durable materials brick, laterite and sandstone. Even though it is small the balanced proportions and scale of this monument are noteworthy. Inscriptions on the columns of the door and the arches give the date of the temple and mention a golden image of Siva.

Baksei Chamkrong is a simple plan with a single tower on top of a square tiered base with four levels of diminishing size (27 meters, 89 feet, a side at the base) built of laterite (1-4). The height from the ground to the top of the Central Sanctuary (7) is 13 meters (43 feet). Three levels of the base are undecorated but the top one has horizontal molding around it and serves as a base for the Central sanctuary. A steep staircase on each side of the base leads to the top. A brick wall (5) with an entry tower (6) and sandstone steps enclosed the temple. Although it has almost all disappeared vestiges are visible on the east side of the temple.

The square central tower is built of brick and stands on a sandstone base. It has one door opening to the east with three false doors on the other sides. As is typical of tenth-century Khmer architecture, the columns and lintels are made of sandstone. A vertical panel in the center of each false door contains motifs of foliage on stems. The interior of the tower has a sunken floor and a vault with a corbel arch.

The finely worked decoction on the sandstone columns and horizontal beams above the doors imitates woodcarving. An outline divinity can be seen in the bricks at the corners of the tower. A three-headed elephant on the east lintel is finely carved. 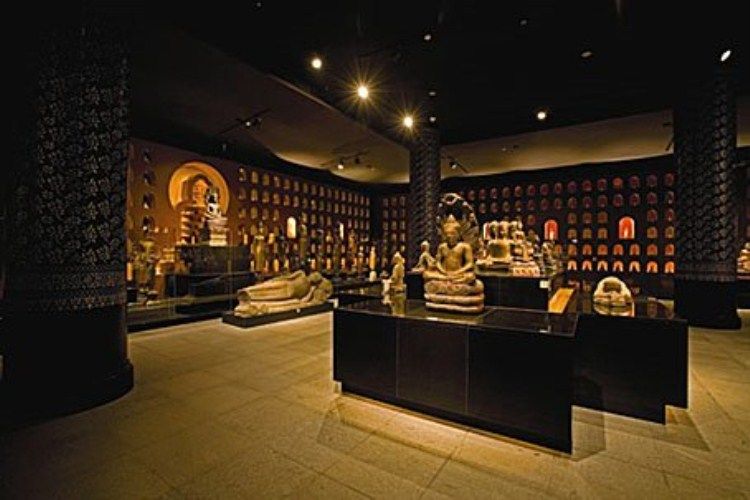 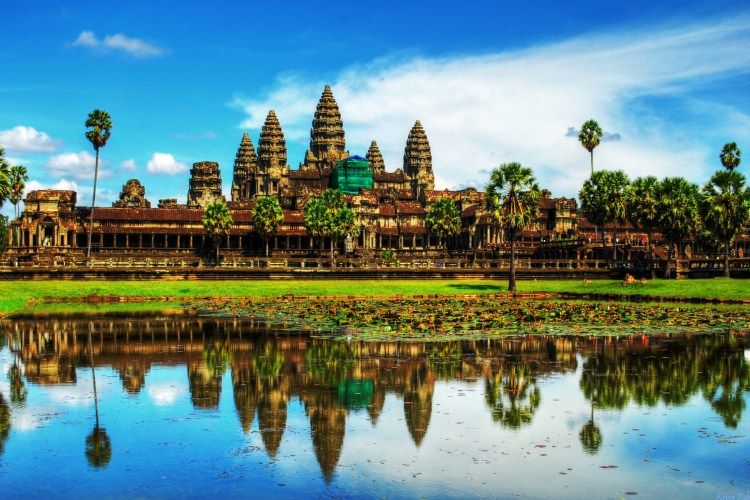 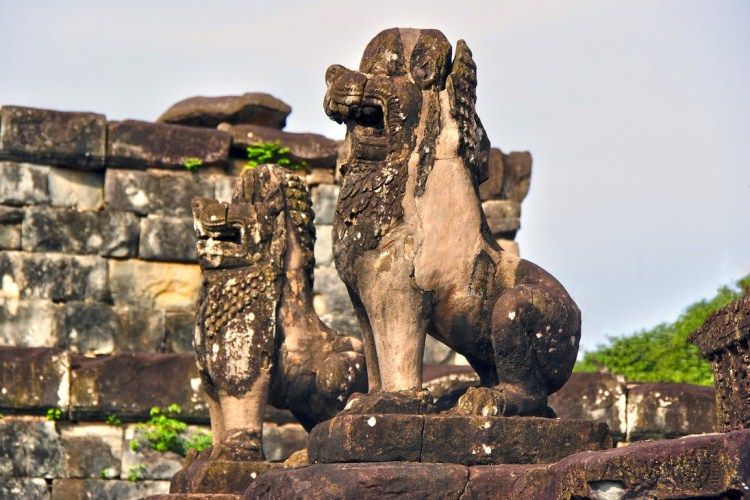 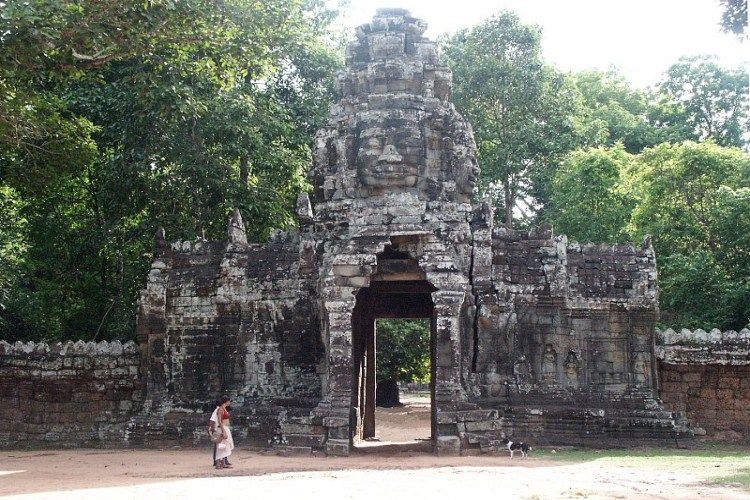 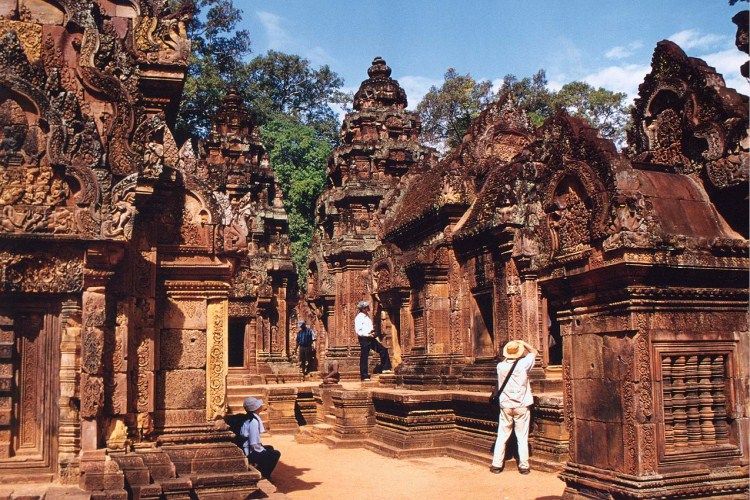 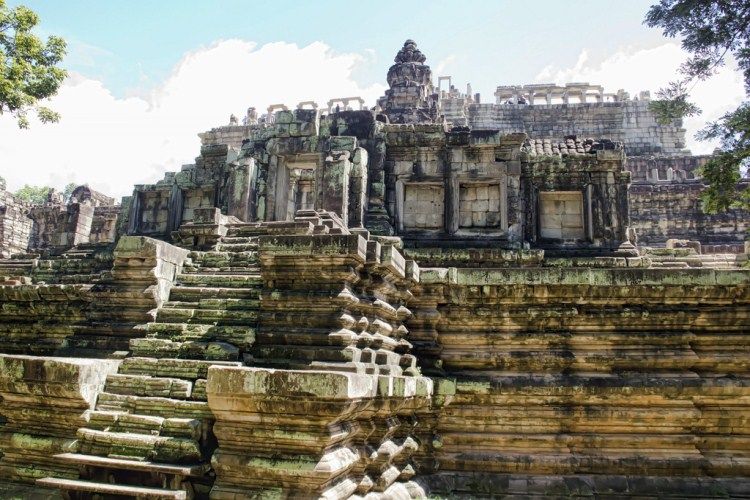 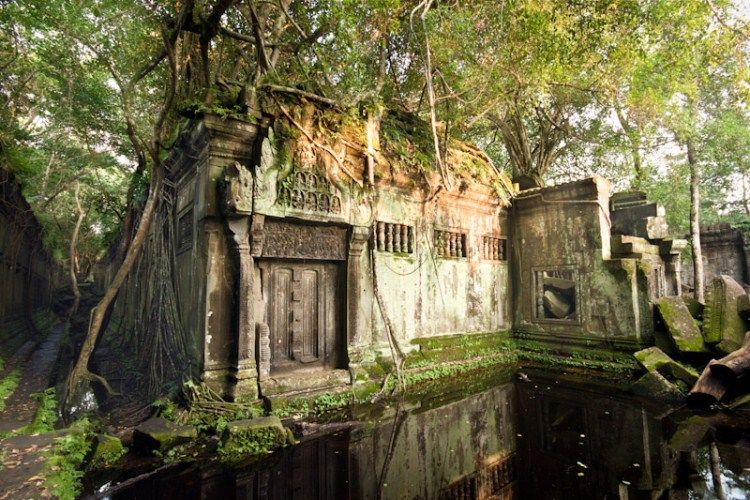 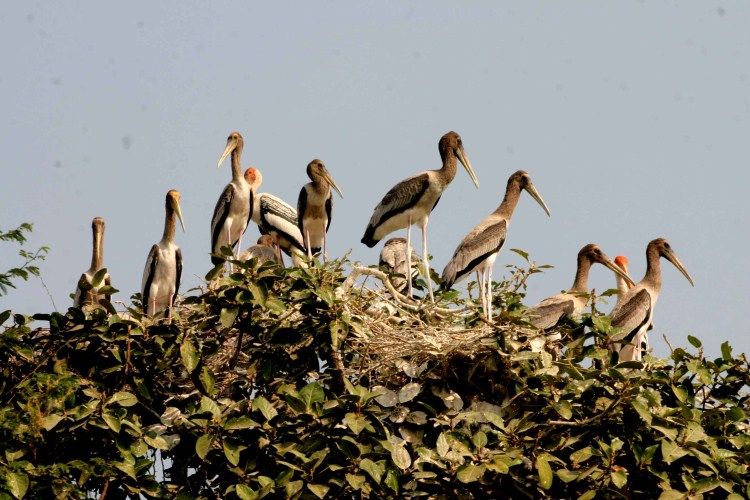 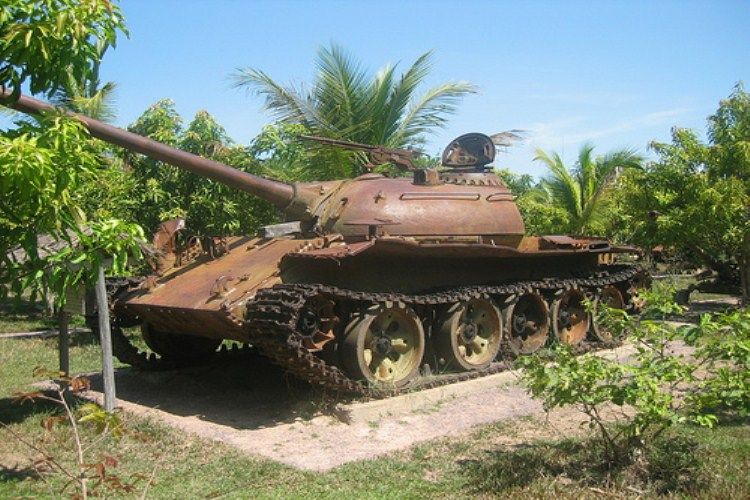 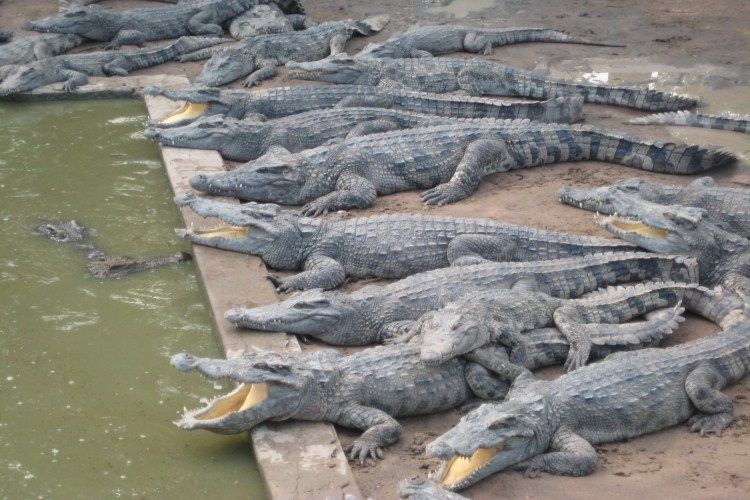 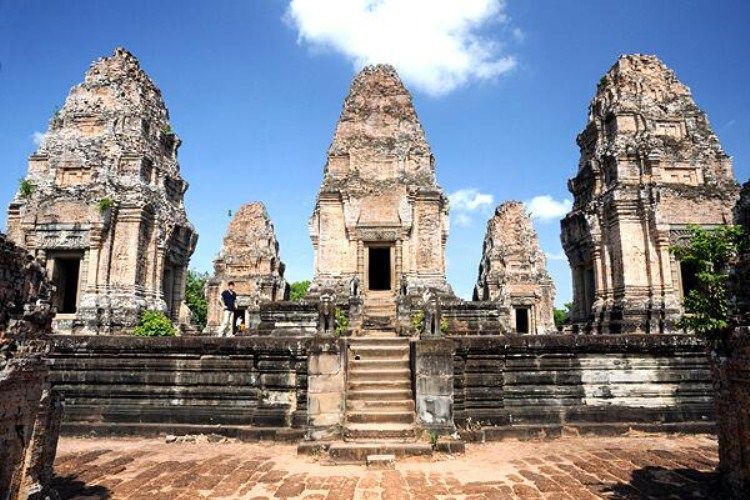 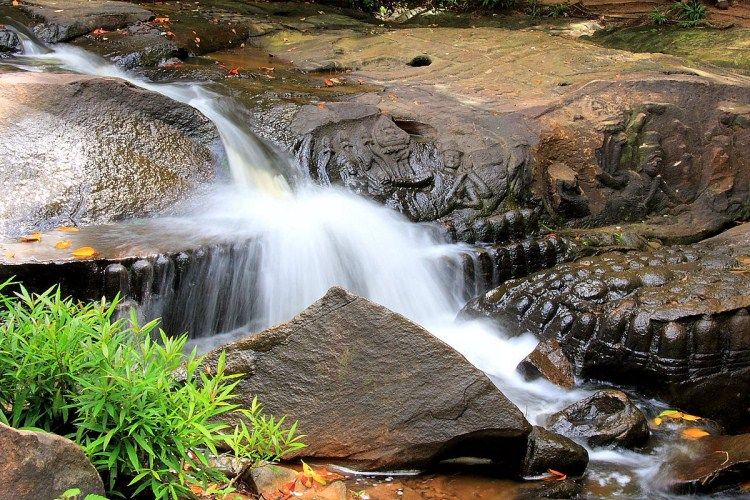 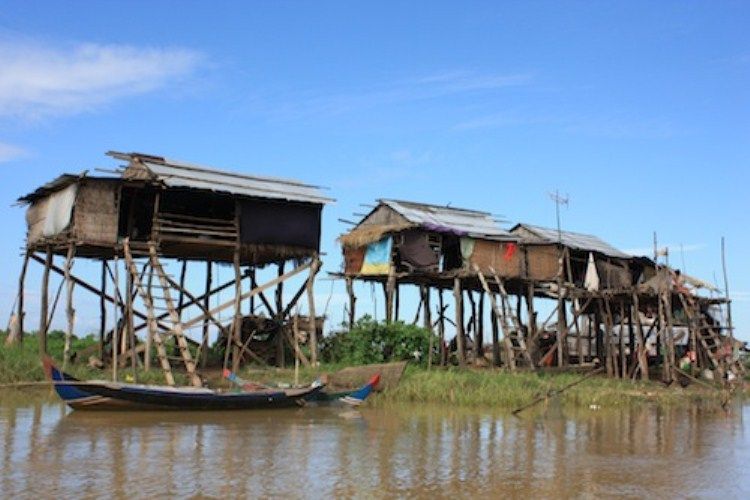 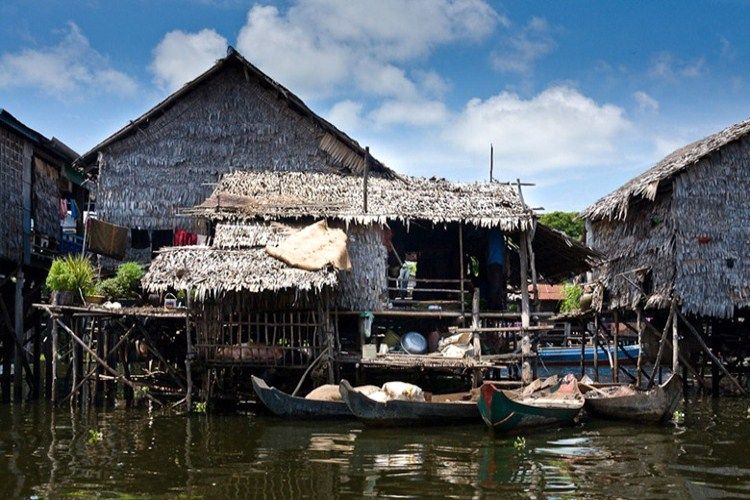 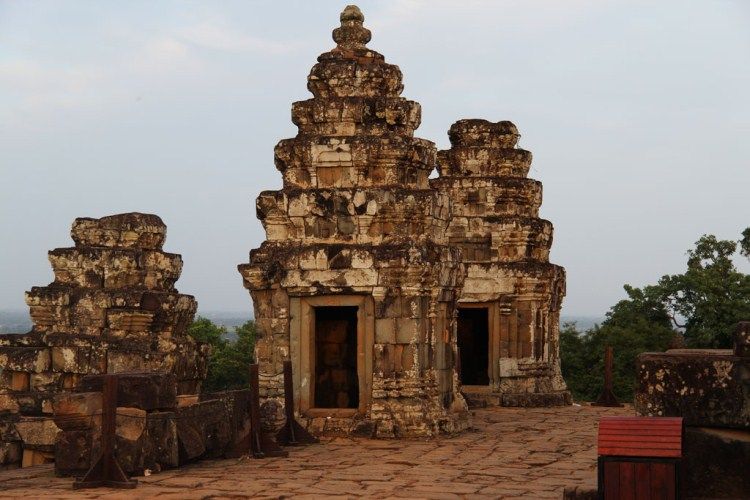 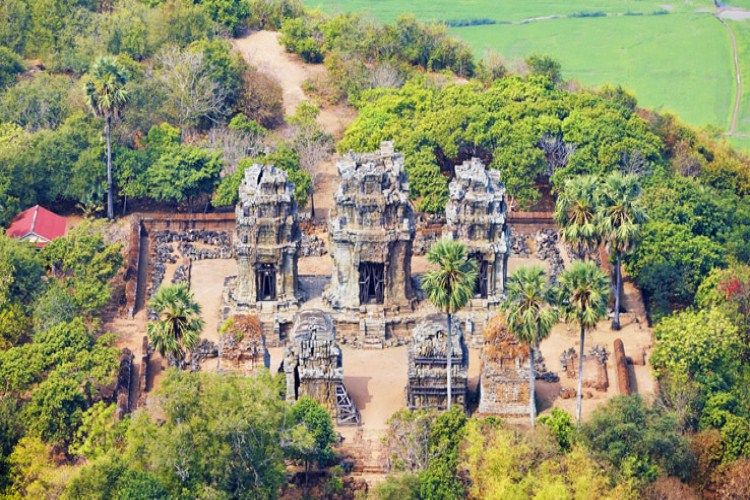 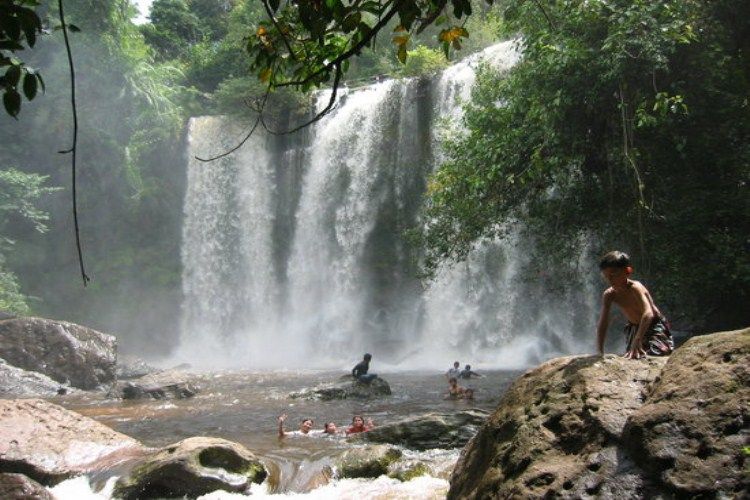 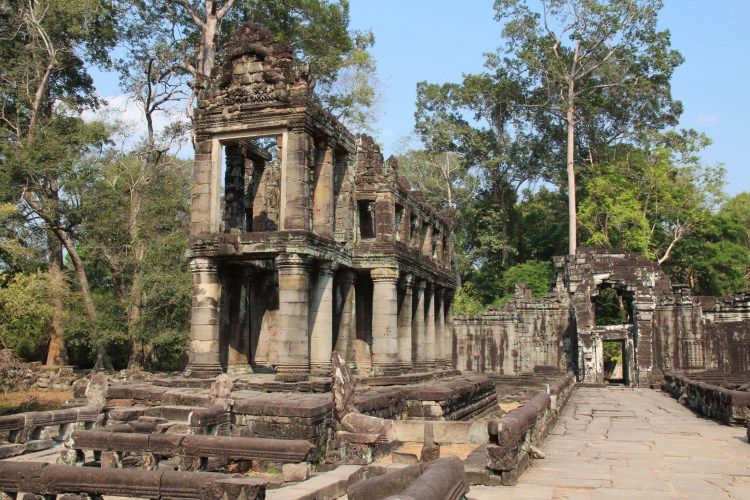 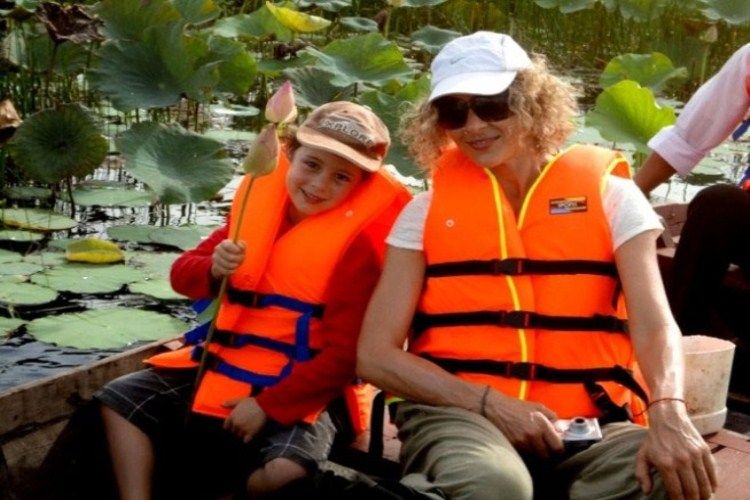 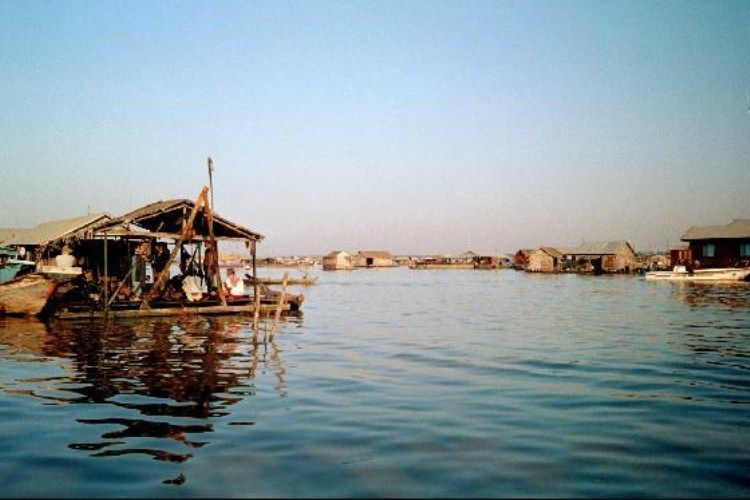