Tradition plays a huge role in Cambodian life. The people embrace their culture and this takes the form of festivals and special events. If you are enjoying Cambodia tour packages when there is something on the calendar, then there is a good chance that you will see it. Some events centre on the capital Phnom Penh but others are nationwide.

The background to all these things are generally religious, Buddhist and to an extent Hindu, as well as royal. The population loves to celebrate and have fun; rural life can be hard but when a special date arrives on the calendar, lunar in this case, it is an excuse for national costume, colour, song and dance. A Cambodia family tour will ideally include one of these events and your decision on when to visit may be affected by wanting to see:

•    The Royal Ploughing Ceremony (Bon Chroat Preah Nongkoal) is at the beginning of the planting season in May. The venue is the park in front of the National Museum in Phnom Penh. Two people representing the king and queen are involved, the king ploughing a field with the queen following sowing seeds. This is done three times before the oxen are taken towards seven trays containing rice, grass, corn, beans, sesame seeds, water, and wine to feed. Based upon what they eat, predictions are announced on the coming months relating to weather and the harvest.

•    All Soul Day (Pchum Ben) runs for two weeks towards the end of September and blesses the dead. The dates are decided by the lunar calendar. Everyone goes to the temple offering food to the monks. This is one of the oldest traditions in Buddhism. The food is for the ghosts of ancestors, relatives and friends. 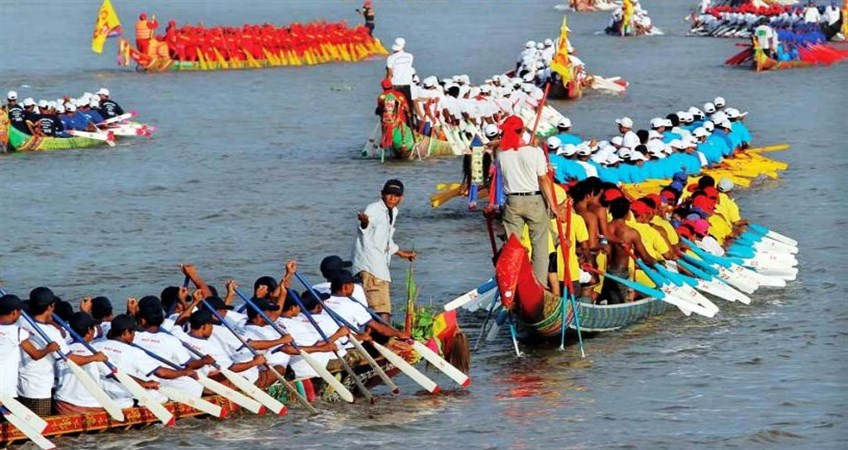 •    The Water Festival in November is a very spectacular occasion. It lasts over three days at a time when the flow from the Tonle Sap Lake goes back to the Mekong and hence the sea. Huge numbers of fish become easy to catch as a result. There are boat races on the Tonle Sap involving hundreds of boats, a carnival atmosphere with huge numbers in the Capital. Smaller events take place elsewhere in the Country.

There are several other dates for the diary and Indochina tour packages during any of these times will mean that tourists will see celebrations because many of those dates are common to all the countries in Indochina that follow the lunar calendar. There are exceptions such as King Sihanouk’s Birthday on 31st October when Phnom Penh is the place to be.

Here is a list of festivals and events that you may be lucky enough to enjoy during your Cambodia and Vietnam tour and a good Cambodia travel agency will include something during your itinerary on these dates:

•    Khmer New Year’s Day in mid-April when people decorate their homes and bless each other with water, often sprayed gently from a pistol.

•    Angkor Festival has performances from people far and wide in Asia, stories and legends, music, dance and colour. The King often attends and the event is late in the year, November or December.

•    Chinese New Year, January or February, is important because of the immigrant communities but everyone else joins in.

There are other public holidays when nothing special really happens but the list above provides enough for you to consider when you are planning a visit to Cambodia. You will meet colour, smiling faces and be more than welcome to join in the celebrations. 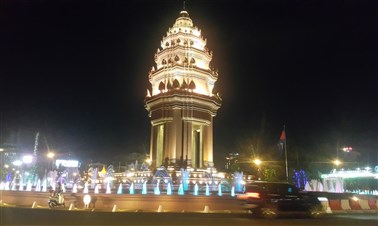 The Cultural Importance of Festivals in Cambodia 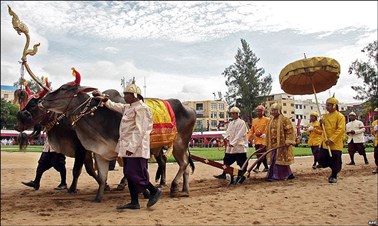