Cambodia has two clear weather seasons to make one of SE Asia's less complicated weather systems, but is still a great destination to travel year-round.

The relatively consistent altitude and latitude in Cambodia helps to create the more predictable weather pattern. The two weather seasons include wet (runs between May and October) and dry (runs between October to April). The temperature can vary during the distinct seasons. The hottest time of the year is likely to be May to June during the wet season when the temperature can reach 35° C or more.

The tourist will notice the high humidity when travelling in Cambodia from March to April, while the temperature cools in the country between October to December, but still stays at a pleasant 24/25° C.

What is the best time to visit Cambodia?
Cambodia's wet season runs from May to September with the highest frequency of rainfall taking place between August and September, whilst the dry season is from October until April.

The Cambodia weather and climate is the coolest and very pleasant for sightseeing from October to December (24/25° C), and increases to its highest temperature (35° C) during the months of March and June. 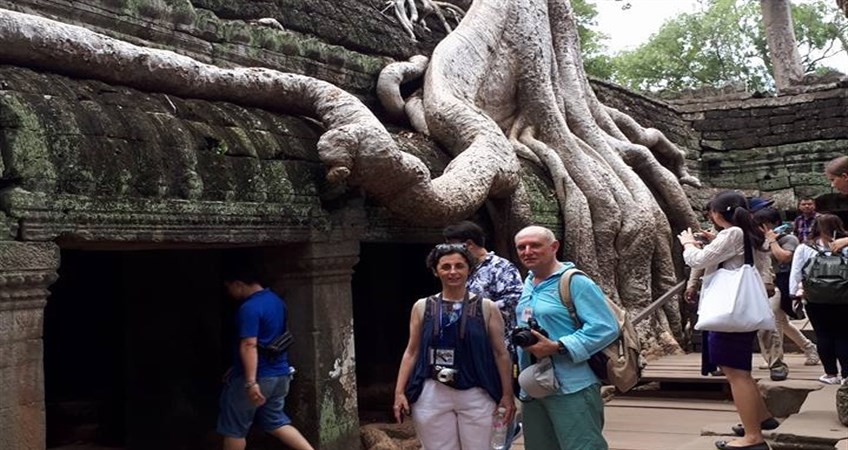 Dry season (October to April)
The dry season is characterised by hot winds blowing across the country. The start of the dry season begins quite pleasant with the temperature in the mid to high 20° C from November until January, but by the time April arrives the climate can be described as scorching by most tourists. This means a tour of the world famous Angkor Temple is best taken really early in the morning or in the late afternoon.

The hot and dry weather of the dry season is the busiest time in Cambodia and this is when the country has the highest amount of tourist foot traffic. The dry season is best for travellers likely to explore remote regions by road such as Ratanakiri and Mondulkiri in the north-east.

Also, the south coast is popular with destinations like Sihanoukville and Kep. They are great attractions for the tourist on the Cambodia holiday in search of the sun-drenched days by the sea. This season presents the very favourable sea conditions and sunshine. The preferred time to visit the castaway islands to get a break from the typical tourist activities is April and May when the temperature has the potential to reach a scorching 40° C.

With the north-east monsoon drying out the country after the rains, the roads can be left quite rutted which is certain to mean journey times are significantly extended. Also, the dry roads can get incredibly dusty.

Best places to visit Cambodia: Siem Reap/Temples of Angkor – the weather at the start of the dry season is cooler and drier to make a great time to explore the ancient site of Angkor. It is also worth visiting Battambang in the dry season because the heavy rainfall in September and October can lead to noticeable travel delays when travelling along the unpaved roads. Phnom Penh is a year-round destination that is certainly worth visiting on the Cambodia tour packages. It makes sense to travel between November and February to enjoy the more comfortable temperature and less rainfall. The south coast region is best visited from December until April to get the most of the warm sunshine and the clear, blue skies. Read more: Cambodia travel destinations 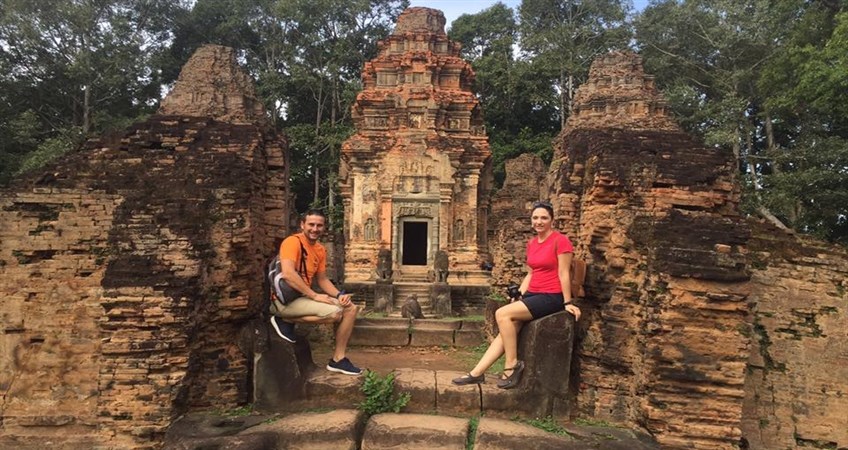 Wet Season (May to October)
The wet season starts with the arrival of the south-west monsoon and runs from May until October. Nearly 75% of the county's rainfall is likely to take place during this six month period. Even with the rainfall throughout the wet season, the temperature is still warm and pleasant with an average in the region of 25° C and 27° C. The early months of the wet season (May until July) are the hottest and will still feel very hot despite the heat of the day getting broken up by short, infrequent downpours. The rains in the later months (late-July until early-October) become a lot heavier and more constant, and mostly noticed in the rural and coastal regions. Rainfall is at its peak between July and September with rain likely to impact travel on a virtually every day basis.

Travel to remote regions (Ratanakiri and Mondulkiri) is extremely difficult on the Cambodia holiday when the worst of the wet season arrives. This is mainly caused by the low quality of the roads in the local areas. Also, other regions like Bamboo Island, which is a small island in the Gulf of Thailand, will be difficult to reach because of high seas.

A further issue with the heavy rains is the risk of bridges being out – although this has become less of a problem with the local improvement in the construction of the bridges.

The most passable travel routes in Cambodia during the wet season include Phnom Penh to Sihanoukville, Phnom Penh to Battambang and Phnom Penh to Siem Reap. They are arterial routes with all-weather roads that are able to handle the changeable weather conditions. Also, get to know what to pack for Cambodia tour to feel comfortable in all conditions. 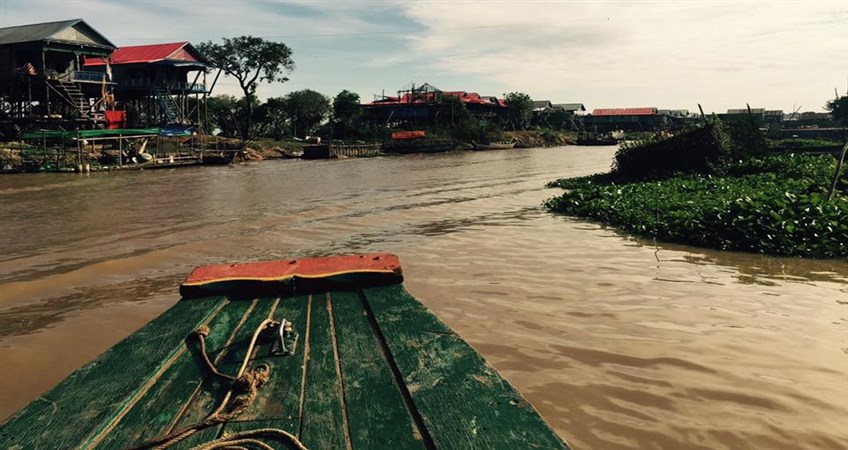 Things to do in Cambodia during the wet season
The wet season is a great time to explore this magnificent country because of the significant fall in crowds. Also, the lush, rich-greenery is everywhere to see in the countryside and the dust is cleared from the roads - although it does unfortunately turn into mud – but the lush-green landscape is there for everyone to see. The ancient temples and ruins have a special feel and appearance, while the birdlife is that much more obvious.

The world famous attraction of Angkor Wat is wonderful to see at this time of year for a variety of reasons. For one, there is a severe reduction in the number of visitor’s in-country when the monsoon climate is active, and also the moats are left brimming with water. A visit to Tonle Sap Lake to see the floating villages and flooded forests is also great in the wet season. This type of trip is only possible by boat.