Religion, neighbours and the modern world all play a part in today’s Cambodia and Cambodia tour packages aim to show their clients the intriguing mix that is now an increasingly popular destination for tourists. Over the years China, Thailand and Vietnam have all made their impact on Cambodia whose history has often been one of struggle. The French in many ways were seen as saviours with pressure coming from east and west, Vietnam and Thailand. French influence is seen in many ways including architecture.

There is far more to Cambodian culture than that of the vasy majority, the ethnic lowland dwellers. There are many hill tribes clinging to their traditions and a Cambodia family tour offers the chance to learn more. Indochina tour packages look at small hill tribes in neighbouring countries as well; their lives are inevitably hard yet they often have a smile on their faces.

A good Cambodia travel agency will put together a holiday that provides a real and memorable experience. Cambodia Vietnam tours are increasingly popular with the Mekong River and its surrounding villages a great place to absorb more of Cambodia’s culture.

There are distinctive dances, certainly Khmer architecture and culture and several things are shared with neighbours, Vietnam and Thailand; the Khmer Empire was not restricted to any current day borders.

Culture comes in many guises:

•    Clothing: Villages wear a karma scarf.
•    Greeting: The traditional greeting is the Sampeah; it is a mark of respect.
•   Tra Leaves: These have been used over time to record stories and legends, Buddhist origins and prayer books. The leafs are wrapped in cloth to avoid damage from moisture primarily, but the climate in general.
•   The Festival of Boat Racing (Bom Om Tuk)is the biggest Cambodian national festival held as the Mekong’s level drops as the rainy season ends. It is a boat racing contest that attracts as many as 10% of the national popoulation.
•    Sport: Cockfighting does not appeal to everyone but is nevertheless a tradition.

Dance
There are three main categories of Cambodian dance:

Khmer classical may go back to the times of the Empire because of images on Angkor architecture but others dismiss that and say the origins are far more rtecent; 1800s Siamese court dancing. In any event it is performed both for ceremonies and entertainment, male and female in elaborate costume.

Folk is more associated with the tribes in their villages where costume is that worn by the person being portrayed such as a farmer for example.

Social is less formal and does show foreign influence at times.

Music
Traditional Cambodian music from the Khmer Empire often involves the chapei, the Cambodian guitar, with themes on morality and religion. A Yai is the other of note, comic and poetic.

Cambodian artists have started to make an impact abroad but tourists are more likely to see the traditional forms of song and dance on their Cambodian tours.

Cuisine
The French baguette has become part of Cambodian society and indeed is often eaten with its red curry. Rice of course is central to the cuisine alongside the use of lemon grass, garlic, fish and soy sauces, ginger and tamarind. Fish is popular and street food evewrywhere. Cambodian cuisine has not spread worldwide as that of Vietnam and especially Thailand but nevertheless a Cambodia family tour will offer plenty of chance to sample what the locals can offer.

The Place of Women in Society
Women are central to Cambodian family life in all aspects including finance, care and hard work.

Sports
The French introduced soccer though economics have prevented the growth of the sport at a major level. Traditional sports include boat racing, buffalo racing and wrestling. 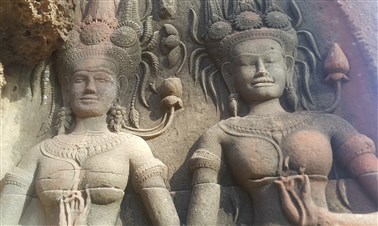 Religion and the Culture of Cambodia 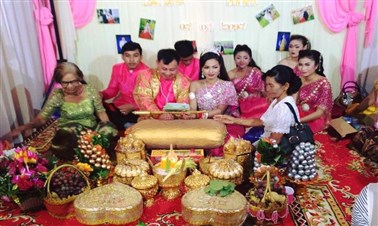 A Traditional Wedding in Cambodia 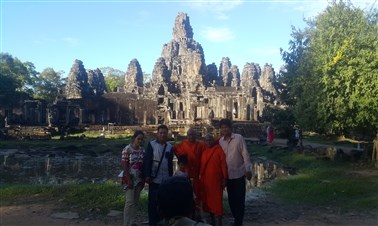 The Impact of Culture on Daily Life in Cambodia 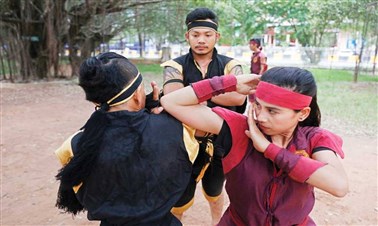 The Place of Martial Arts in Cambodian Culture