Cambodia’s relative isolation until recent years has meant that travellers who have not been to Indochina have rarely sampled it; unlike Thai or Vietnamese cuisine there is little available elsewhere in the world. Indeed, Chinese influence on Cambodia, or the Khmer at the time, means that its dishes are deep-rooted in today’s Cambodia. Quite naturally Cambodia has similar ingredients to these countries both in range and season so there are many similarities, especially since the Country’s history is so intertwined with its neighbours. Those on Cambodia tour packages will find familiar tastes; varieties to dishes they may well have bought from restaurants at home. Certainly, travellers who take Indochina tour packages will not find much in Cambodia that they have not sampled elsewhere in South East Asia.

Herbs Such as lemon grass and coriander are regulars though the cuisine is not especially spicy. One of the joys of a Cambodia family tour is to eat in the street. Busy stalls certainly produce the freshest of dishes. You can find a seat in the market and buy a variety of dishes from different vendors.

•    Breakfast for Cambodians will usually be rice, sometimes noodles, with pork or chicken, clear soup and pickled vegetables with some other alternatives that may not be to tourist taste.
•    Snacks vary depending on the time of day; dumplings, baguettes and pancakes filled with a variety of things. Eggs, including ones with almost hatched ducklings certainly not for the faint-heartedare popular while sweeter options are fried bananas.

Many main meals are stirred fried using ginger and garlic widely, often using onions and tomatoes. Curries and stews are widely available and tourists on a Cambodia holiday are likely to find fish available everywhere. Fish sauce is used regularly; don’t be put off with its smell before its addition to cooking though whether you will want to use it as a dip is another question.

Meat is fairly expensive and vegetables are always added in quantity. Beef is more expensive than pork because cows are work animals and not particularly bred for eating. Locals will use all a chicken and duck, chopping them up whole so you will have to pick the bones out as you eat if you pick a local restaurant. Fish is cooked in many different ways; grilled and fried as well as added to stews. Local fish curry will usually be very mild. The villagers will dry fish for later use, much the same as is done elsewhere in the world. The range of vegetables is good and pickling to create side dishes is common.

Rice is used in desserts together with milk and syrup, fruit and increasingly cakes have become more readily available for cater for tourist demand. The durian tastes far better than it smells. It looks like a horse chestnut still with its outer casing but the fruit itself is a thickish creamy liquid.

When it comes to drinks, green tea is the most popular drink. It often comes free in restaurants incidentally. Lemon and black teas are widely available and bottled water avoids the problem of drinking from taps. Coffee is usually imported from Laos so less common with the locals. Fruit juice stalls are common in the evenings while of course there is alcohol.

The local beer is a joint venture with Australia; canned, bottled and occasionally draught. Rice wine is the locals’ favourite while they also make beer from sugar palm.

A Cambodia travel agency that organises Cambodia holidays will arrange many of its clients’ arrangements but everyone should sample the food as locals eat it. 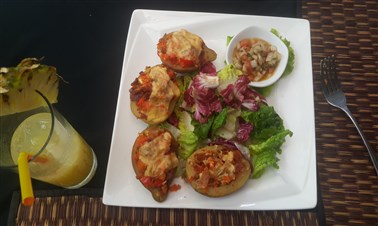 Age-Old Medicine Is Part of the Culture in Cambodia 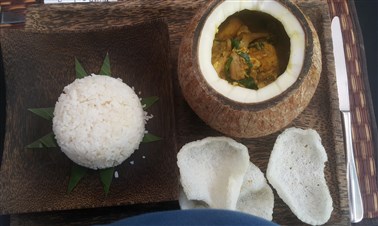