Contact us | Travel inquiry
home / Indochina
What does Indochina mean?

The name Indochina was first coined as the region the French colonised from the mid-19th Century; in 1887, it was described as a ‘’colonial protectorate federation, and covered what is today Laos, Cambodia and Vietnam. However, if you book Indochina tour packages, you should also expect to have the option of visiting two other countries between India and China, the two large countries whose influence spread into the lands that separated them. Neither of those two other countries was ever ‘’ruled’’ by France. Myanmar, formerly Burma, was under British control while Thailand has always maintained its independence. An Indochina tour can therefore by a combination of up to five countries.

European traders as well as missionaries made contact with Asia well before the French took the South East Asian peninsula that became known as Indochina, or strictly speaking ‘’Indochine’’ in French. The French made Hanoi its capital and today there is ample evidence of the time the French spent there; the architectural gems of Hanoi will always be included in Indochina tour packages. While the cities of Indochina all retain evidence of previous French presence, they clearly have also developed as truly Asian cities with culture and religion important elements unique to the region.

The map of South East Asia was different in colonial times; for example, Vietnam was effectively divided into three when the French occupied the region. The North was known as Tonkin, today’s name for the Gulf in Vietnam’s north east, the Centre was Annam and the South Cochinchina. There was continual conflict with locals seeking independence from colonial rule. It took until 1954 to finally achieve that with Ho Chi Minh becoming the leader of North Vietnam, and neighbouring countries, Laos and Cambodia finally free as independent states. The Vietnam War followed with North and South Vietnam ultimately united at its finish.

Indochina travel is a true experience. There are similarities in these neighbours, particularly when it comes to religion. At one time, parts of South East Asia followed the religion more commonly associated with India, Hinduism and some of the wonderful temples still in evidence were originally built to gods such as Shiva. For many years now, Buddhism has been the predominant religion though ancestor worship and other beliefs still hold a place in society. However, there are also differences from country to country. The Chinese influence is more prevalent in the east with India having previously been a factor in the west.

Vietnam is still ahead of Laos and Cambodia in infrastructure and tourist numbers while no one matches Thailand’s popularity. As for Myanmar, it is only just reopening for tourism but its highlights are well-known because of the British presence years ago.

While independent travellers are certain to enjoy their travels with the locals hospitable and cheap accommodation plentiful, in order to get a real appreciation of Indochina, it is sensible to use an expert to organise an Indochina holiday, especially if you are new to South East Asia. An expert will look at your budget and the time you have available and devise a bespoke Indochina tour package to include the highlights of this great part of Asia.

It is a matter of balancing time with the vastness of the region. While you will always miss something interesting by flying from city to city, it is so much easier to cover a wide distance by taking a series of short flights between such centres as Hanoi and Ho Chi Minh City, and then across the border into Cambodia or Laos. If you were to ask your local travel expert what the highlights of Indochina would include, there are some that you should definitely not miss: 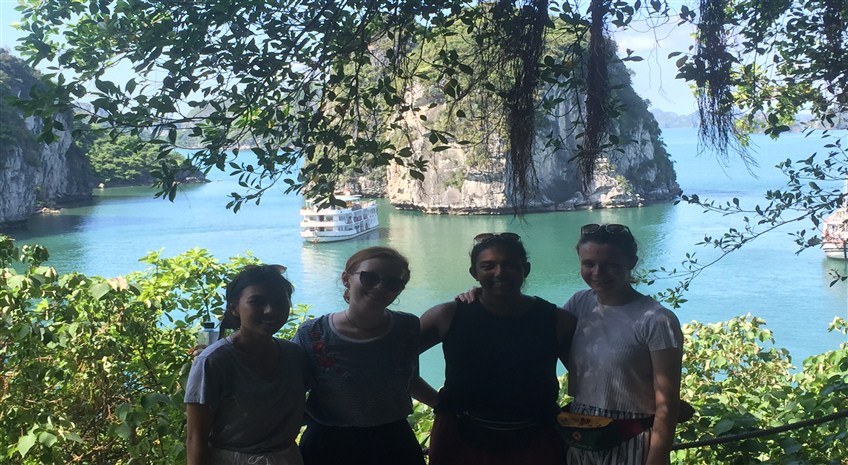 •    Hanoi, the Capital of Vietnam, is a wonderful city. It combines a wealth of history and culture with a vibrant and hectic atmosphere.

•    Ho Chi Minh City, formerly Saigon, in the South of Vietnam is the economic and commercial hub of Vietnam with modern architecture combining with the traditional.

•    The Mekong River runs through Indochina, having started in the Tibetan Plateau. There are opportunities to cruise on different parts in both Laos and Cambodia and of course the Delta in Vietnam is a fertile region that has much to recommend it. The Mekong then flows out into the South China Sea.

•    Angkor is a UNESCO World Heritage site in Cambodia with Angkor Wat amongst the most photographed place in the World. The Complex covers 400 square kilometres so you will need some time here.

•    The Killing Fields of Cambodia remember the sad period at the end of the 1970s when Pol Pot and the Khmer Rouge ruled Cambodia.

•    Luang Prabang in Laos is another UNESCO site, famous for its buildings as well as the natural environment of waterfalls and caves.

Those alone, covering three countries, will easily take up two weeks but there are wonderful places in Myanmar and Thailand as well. Many people heard the name Mandalay from music, poetry and drama without knowing exactly where it was, or even if it existing in other than fiction. It does and can be found in Myanmar where the ancient city of Bagan still has 2,000 temples where once there were more than 10,000. Everyone knows where Bangkok is and it is among the most visited cities in the world. The Capital of Thailand has a huge number of iconic landmarks and to do it justice, you must spend a couple of days minimum in Bangkok if you want to cover Indochina as it generally regarded today.

What does Indochina mean? Among other things it means the opportunity to experience a region that is unlike any other in the world. Once you have visited, even on a trip lasting three weeks, you will return home with fantastic memories and a camera full of great photographs. It is likely you will realise that you have only scratched the surface.  Indochina will always welcome you back time and time again to see more of what it can offer.