Laos has some catching up to do. It is only in recent years that significant numbers of tourists have begun to arrive in Laos from anywhere other than its immediate neighbours. The ‘’land of a million elephants’’ as it is fondly known is becoming increasing popular and Laos tour packages include the highlights of this Indochina country.  The impetus for the increase in numbers has come from the group of travellers that look for new destinations that the masses have yet to find.

Inevitably the infrastructure has some catching up to do with more popular countries but there are certainly compensations. There are things to see and do that will provide lasting memories to more than make up for any inconveniences. Some areas remain remote and in the monsoon season that remoteness even increases.

Laos private tours more than likely will begin in Vientiane because as the capital it is likely to be the place where a tourist simply visiting Laos and nowhere else will arrive. It is a good place to start our examination of the country and the things that will be standard within Laos tours.

Vientiane
The capital is known for That Luang, the Great Stupa which is recognised as the national symbol of Laos. There are two temples behind what at first sight look like fortress walls. The main stupa is 45 metres high and covered in gold leaf.

At present the city retains a small town feel though that may change as more and more visitors are attracted to Laos on Laos tour packages. It is unlikely that the natural hospitality of the people will be affected by tourism which will improve the overall economy of Laos.

Elsewhere Wat Sisaket has a huge number of Buddhist images in all shapes and sizes, wood, bronze or stone a rows of seated Buddhas as well. They have been dated between the 16th and 19th centuries. Patuxai is Laos’ answer to the Arc de Triomphe and is commonly known as Victory Gate. The museum that helps tourists understand more is the Lao People’s Army History Museum.

Buddha Park is relatively modern and amongst its 200 religious statues there is a reclining Buddha that is over 40 metres high.

Vang Vieng
The town has become more than a convenient stopping place halfway between Vientiane and Luang Prabang. It offers a great opportunity for those wanting to enjoy the environment and associated activities. There is hiking, rock climbing, caving and kayaking

Luang Prabang
The ancient capital sits where the Nam Khan and Mekong meet. It was given UNESCO World Heritage status largely because of the numerous temples.Monks in orange robes are an ever-present and it is important that tourists on Laos private tours show due respect to the temples and the monks. If there is limited times then here are the main temples to visit, remembering to dress appropriately:

There are traditional wooden timber houses and French colonial architecture side by side while the museum, Haw Kham, was once the Royal Palace.
Pak Ou caves just north of Luang Prabang are found above the west bank of the Mekong. It is bad luck to throw away a Buddhist statue and these caves have been collecting them for years. There is an upper and lower cave easily seen from a boat on the river. In contrast heading south from Luang Prabang the Kuang Si Falls offer another great natural feature.

The Northern Provinces
The North is a mountainous region where little has changed over the years. The hill tribes are not hostile towards visitors and there are few better opportunities to learn more about the ordinary people. Bokeo is a small and sparsely populated province bordering with both Myanmar and Thailand. There is a national park in Bokeo with Asian elephant, water buffalo, bears and the endangered black crested gibbon. Tigers have not been declared extinct but the chances of a viewing are remote.

The north has borders with China as well as Vietnam, Myanmar and Thailand and not surprisingly these neighbours have had an influence in the region over the years.

Pakse
Champasak Province is in the south of Laos and its capital, Pakse offers the chance to watch the famous monk alms ceremony with less crowds than will be at Luang Prabang. Pakse is a great base for visiting some of the highlights in the south which will be included in all Laos private tours:

•    Bolaven Plateau average 1,000 metres above sea level. The French introduced coffee growing and its remains its major product today.  Rubber incidentally is another cash crop. The vegetation is green, everywhere and the local tribes use the land as they have for centuries producing a range of vegetables.
•    Tad Fane Waterfall is Laos’ most impressive. It has a drop of 120 metres but there are others in the vicinity if you have time
•    Wat Phou typifies Khmer architecture and is now included on the list of UNESCO World Heritage list. It setting is on a hillside overlooking the Mekong.

The Plain of Jars
There are thousands of jars in various groupings on the Plain. There has been some damage over the years, including that from US bombing during the War. There are a large number of unexploded bombs in the region; they are gradually being cleared away but independent travel with a guide is still not advisable.
It is thought that each group is an ancient Iron Age burial site and the discovery of human remains is regarded as evidence of that.

Summary
Good tour companies will put together Laos tour packages to include much of content mentioned above. Laos private tours are tailor-made to their clients’ wishes and will advise based upon the main interests that they appear to have during discussions. Those who are looking to spend a long holiday including other highlights in Indochina will certainly include Luang Prabang but Laos deserves far more attention than that. 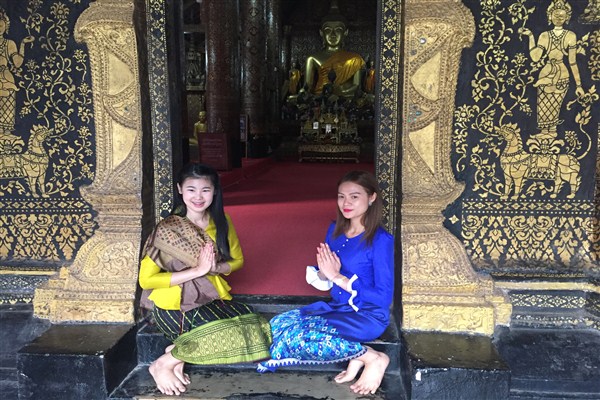 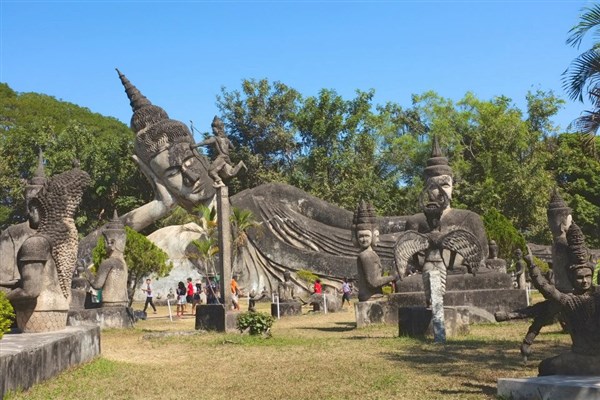 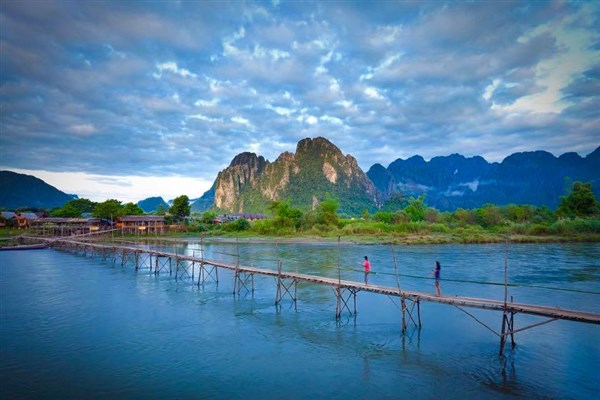 Places to visit in a Laos Family Tour 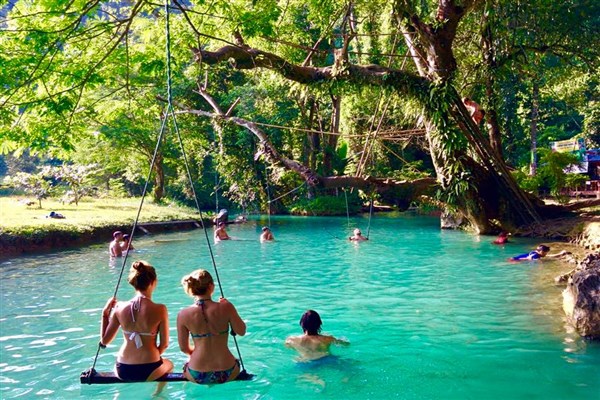 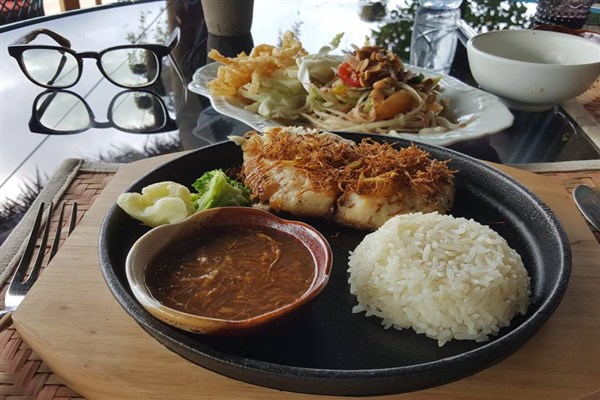 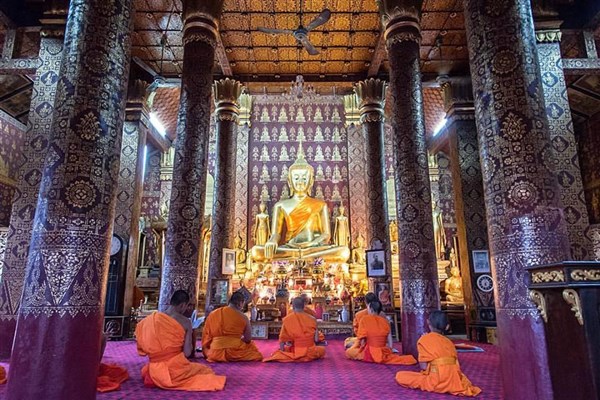 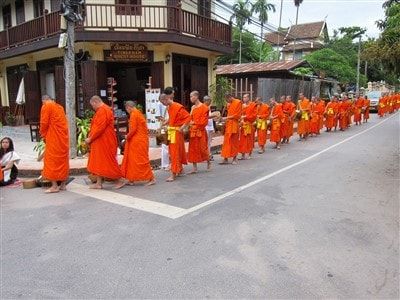 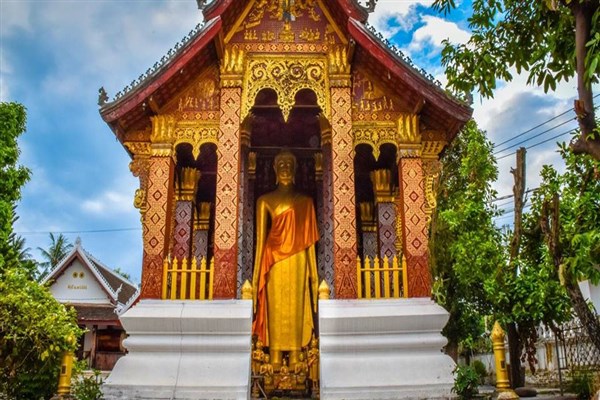