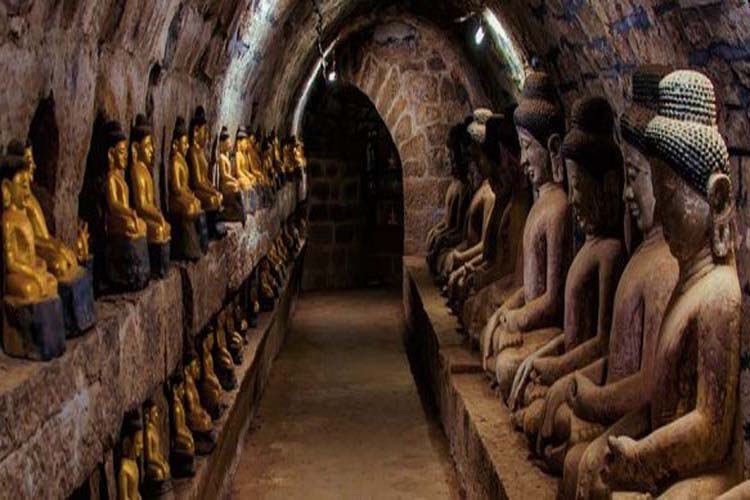 According to records on inscriptions as King Minbin who reigned from 1513 to 1553. The king built this fortress-temple after repulsing a Portuguese attack on the City of Mrauk U.

The skill and art displayed in its construction and ornamentation are remarkable. Besides. we may observe here about the maze-like layout of this pagoda. In the accounts of this curious plan. some foreigners remarked that the Shitthaung Pagoda was built alike a fortress. The real purpose of the pagoda was for prayer. some rituals of initiation. and some of the King's ceremonies. which were usually held secretly. It was constructed six feet thick of solid sandstone and like "rock cave tunnel". No mortar was used in the construction and stones were connected with stone brackets. It is believed that 84.000 of the Buddha's relics with the same number of the Lord's images are enshrined in it. People who entered the tunnels of the temple felt that they were actually inside an endless tunnel. The pagodas had been built by one thousand architects and workmen for a year.

The Shittaung Pillar is well-known and it is located just on the northern entrance of the Shittaung Pagoda. It is believed to have been brought from Vesali to Mrauk U. It was placed by King Minbin in 1535 A.D. The pillar was destroyed during the World War II. Now it has been renovated. The original pillar stands from 10 feet and each side is 2' 4" wide in surface. Three faces have Sanskrit Inscriptions and the other one was badly damaged. The pillar was made from red sandstone and decorated with double lotus petal motif at all the eight corners. The ancient petal pattern designs of the Mrauk U period can be seen on this pillar. 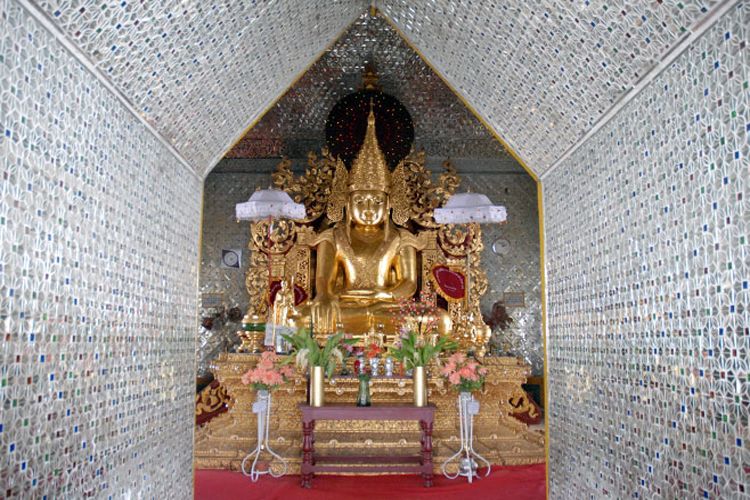 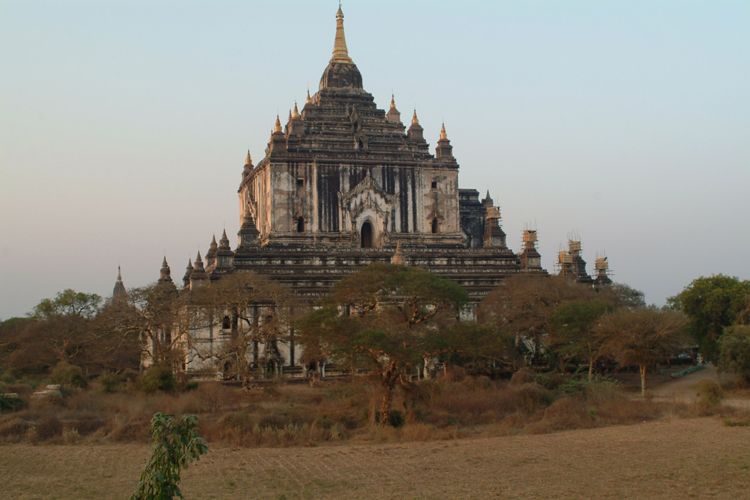 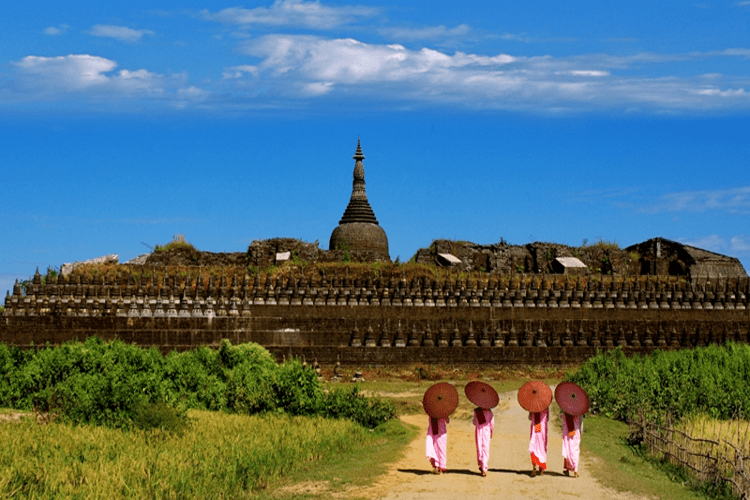 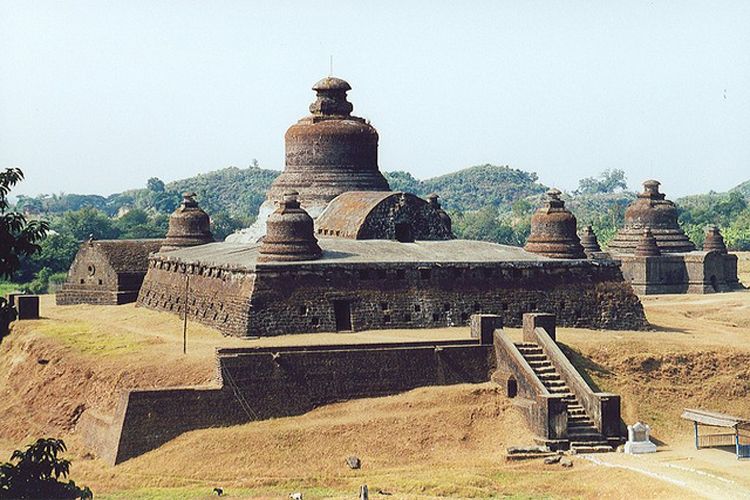 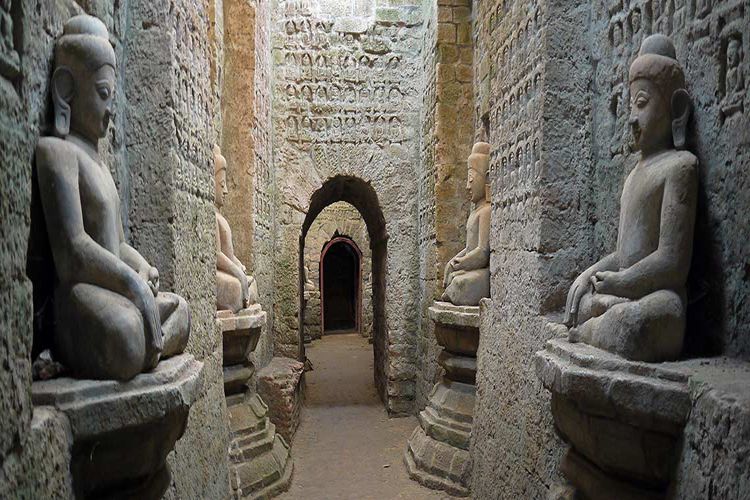 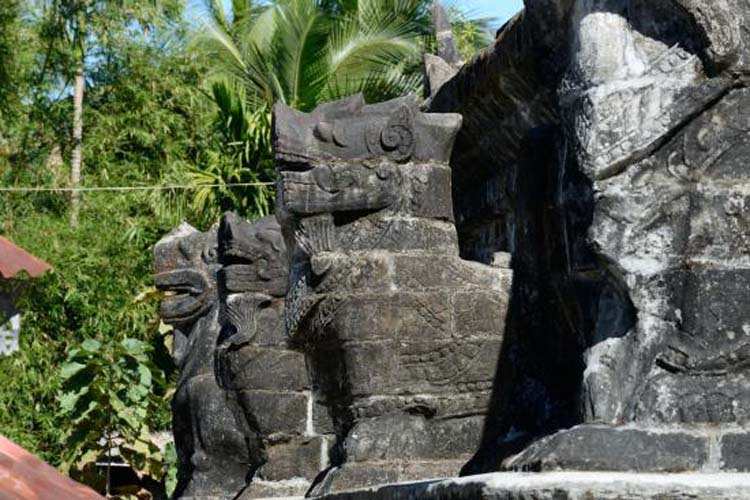