Myanmar has a single entry on the UNESCO World Heritage List which is the Pyu Ancient Cities that were recognised in 2014.

Even though the original application to enlist the ancient Pyu Kingdom cities of Sri Kestra (Thayaykitthayar), Beikthano (Pyeikthanoe) and Hanlin took place in 1996, it took several sessions before the World Heritage Committee agreed to accept these cultural sites on the official UNESCO list.

The ancient Pyu people are believed to have spoken in a dialect similar to Myanmar with several inscriptions found in stone monuments that provide an indication of the past language. Plus, the archaeological evidence and artefacts (metal ware, ceramics, coins, etc.) have been able to confirm the surfacing of Buddhism in the country during the Pyu era.

With the help of the UNESCO recognition it is believed this will give a boost to tourism in the region and also increase the ability to preserve these ancient cities.

The ancient Pyu Kingdom cities are situated in a dry area of the Ayearwady River basin that creates a huge irrigated landscape, which was once a thriving and prosperous region between 200 BC and 900 AD. Large areas of these three ancient cities have seen a lot of archaeological work with plenty of excavation work taking place to unearth early industrial production sites, burial grounds and palace citadels. Other excavated sites have revealed water management features, partly standing walls and brick Buddhist stupas. 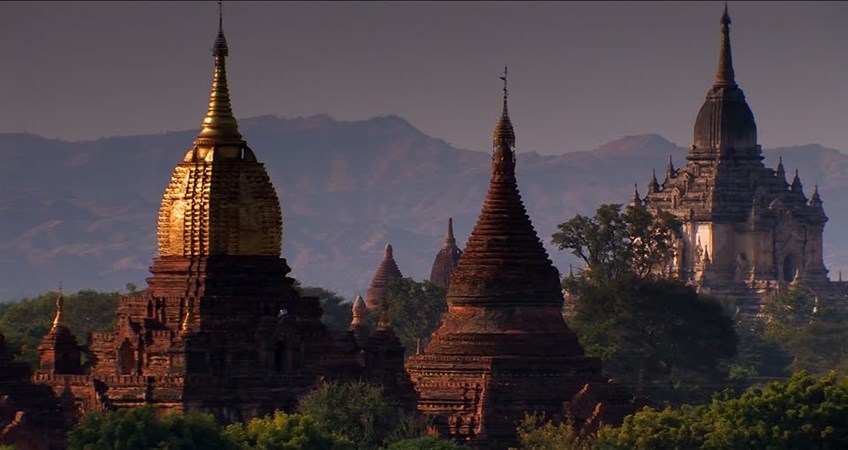 Sri Kestra was the largest of the Pyu cities and was entirely circled by a brick wall with a diameter in the region of 4.4 kilometres. In its day, this city covered a total area of 18 sq km and was the largest walled city in Southeast Asia. A royal palace stood in the centre of the complex with the ruins still there to be seen as part of a cultural Myanmar holidays.

Beikthano is a further one of the ancient cities which was excavated in 1959 to 1963, and has quadrangular city walls of 3 sq km, as well as gateways.

Out of the three ancient cities, Sri Ksetra is the easiest to reach with a 5 hour journey by car from Yangon, or 15 minutes away from Pyay. The city limits are quite large and can take one or two days to explore on the Myanmar tour packages if travelling from Yangon. However, there are other interesting sights to see on a road from Yangon to Pyay, such as Shwetaung and the cliff carvings at Akauk taung.

For a great view of the Pyu Ancient Cities on the Myanmar private tour, it can benefit to sign up for a special tour offered by local travel agents. Most of these include an English-speaking tour guide to help fully understand the historic past of these cities.