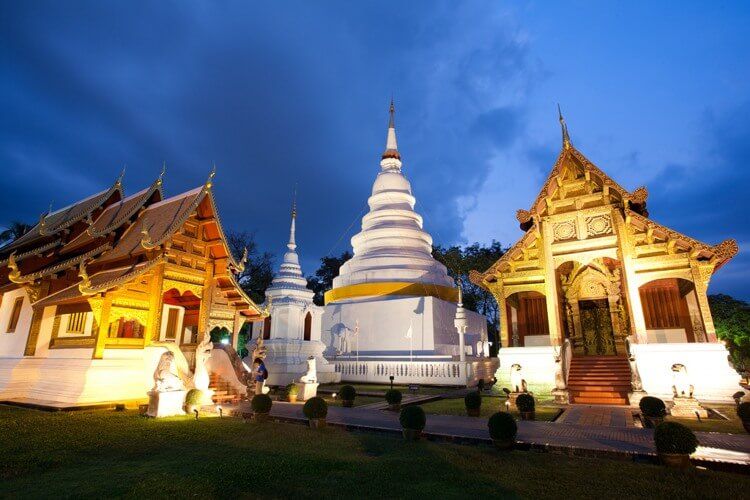 There are several magnificent and very old temples within the walled old city of Chiang Mai, with the Wat Phra Singh being one of the most attractive.

The Wat Phra Singh dates back to the 14th century when Chiang Mai was the capital of the Lanna Kingdom, and is one of the finest examples of classic Lanna style temple architecture in Northern Thailand.

The structures of the Wat Phra Singh

The oldest structure of the wat is the main chedi, that was built in 1345 by King Pha Yu to enshrine the ashes of his father. The chedi is circular in shape with a square base. Each of the sides of the chedi is decorated with elephant figures emerging from the chedi. Since its construction in the 14th century it has been enlarged considerably.

One of the best examples of Lanna style architecture is the Viharn Lai Kham. This viharn or assembly hall was built at the end of the 14th century to house a very highly revered Buddha image named Phra Singh Buddha.

The temple complex was originally named Wat Li Chiang Phra, until 1367 when the Phra Singh Buddha image was brought here and the name was changed to Wat Phra Singh, named after the image. The origin of the Phra Singh Buddha image is not known with certainty, according to local belief the image originates from Sri Lanka. Judging from the style of the image, it is more likely that it was cast in the Chiang Mai area itself. It was believed that the head of the image was stolen in 1922.

During Songkran festival in April when traditional Asian new year is celebrated the Phra Singh image is carried through the streets of Chiang Mai during which local people can honour the image by sprinkling water over it.

The very ornate exterior of the Viharn Lai Kham is decorated in typical Lanna gold and ochre colors. The viharn made from teak wood has a three tiered roof line, the lower edges of which are decorated with chofahs, a ornamental decoration that resembles the shape of a very thin bird.

The interior of the viharn is at least equally beautiful as the exterior. The back wall of the viharn with the Phra Singh Buddha image sitting in the centre is covered with very detailed, intricate Lai Kham, which is red lacquer patterned with gold leaf.

The other three walls of the viharn are covered with mural paintings created during the 1820’s. Some of the murals show scenes of a popular local story, as well as scenes of daily 19th century life in Chiang Mai. Others depict scenes from the Jataka, the tales originating from India about the previous lives of the Buddha. The viharn Lai Kham was renovated in the early 19th century.

The largest building in the wat is the Viharn Luang. The original viharn was built towards the end of the 14th century, but was replaced by the current building in 1925. This impressive viharn houses a very highly revered Buddha image named Phra Chao Thong Tip. This gold and copper image of a seated Buddha displaying the subduing Mara mudra was cast in 1477.

The wooden ubosot was built in 1806. The ubosot or bot of the Wat Phra Singh is where monks get ordained.

The gables of the bot are richly decorated with wood carvings. This building contains a very elaborate ku, a mondop like throne containing a Buddha image. The other end of the ubosot contains a copy of Thailand’s most revered Buddha image, the emerald Buddha. The original is housed in the Wat Phra Kaew in Bangkok.

The Ho Trai of the Wat Phra Singh is another excellent example of Lanna style architecture. The Ho Trai is the temple library, where ancient Buddhist scriptures are kept.

The library that was built towards the end of the 15th century is a very elaborate wooden structure built on a high stone base to protect the manuscripts from flooding and pests. The base is richly decorated with carvings of Devata figures, a sort of guardian angels. The wooden top structure is covered with glass mosaics and gilded lacquer works. The stairs leading to the Ho Trai are guarded by large mythical creatures.

The temple complex further contains several smaller chedis, the monks living quarters or kuti and a small building containing a reclining Buddha image. During the 1920’s the Wat Phra Singh was extensively renovated under supervision of the famous monk Khru Ba Srivichai, who was also involved in the renovation of other Chiang Mai temples. 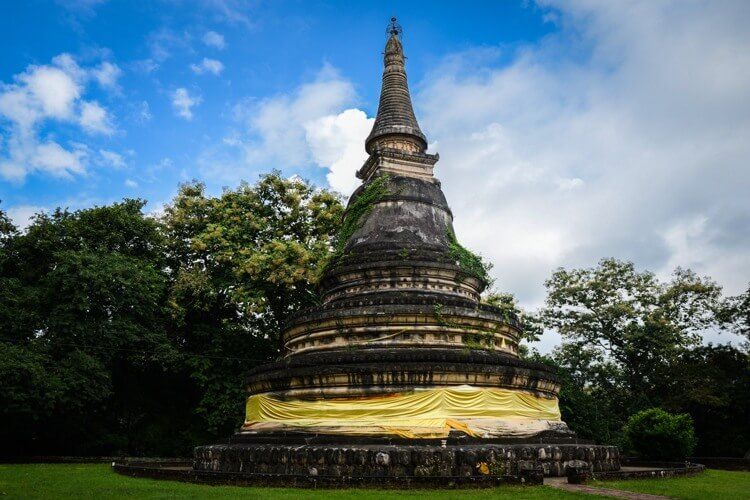 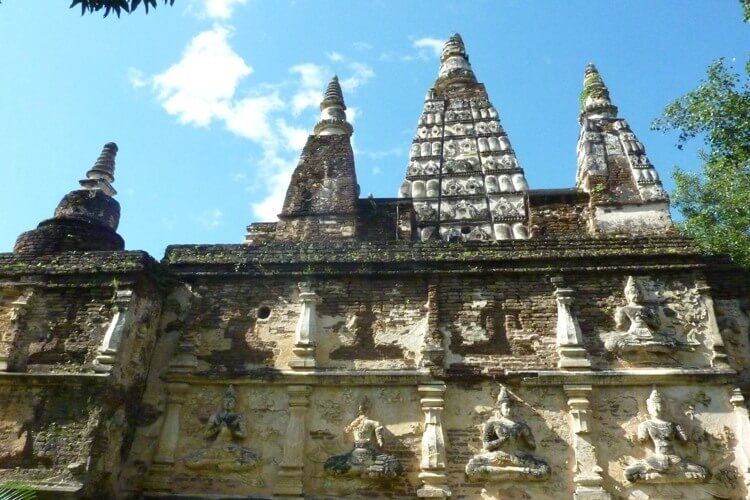 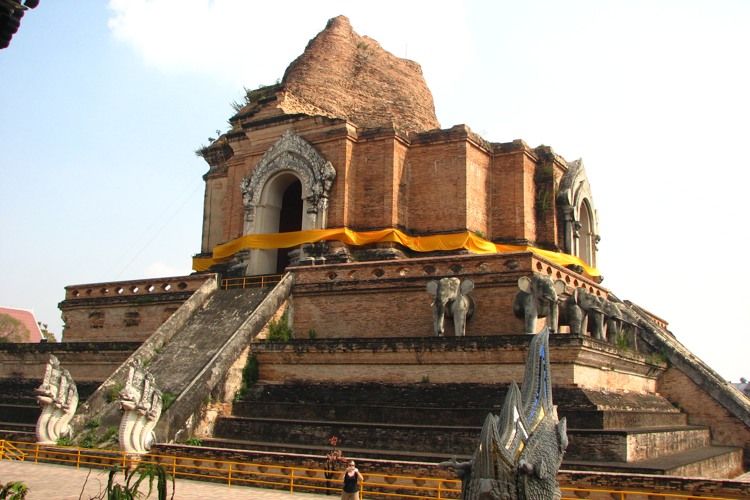 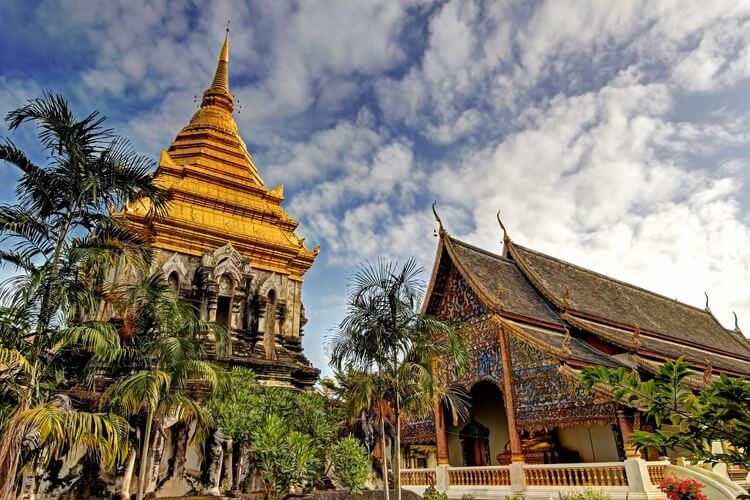