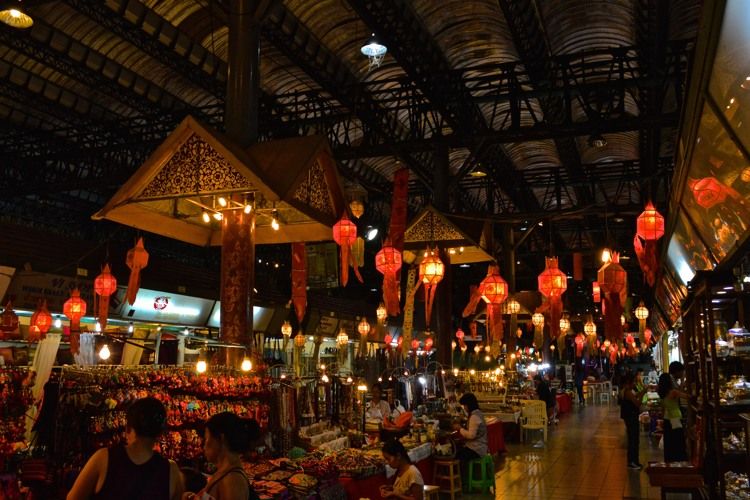 In the daytime, Chang Khlan Road is an ordinary street full of shops, hotels and restaurants of all types including Starbucks and the Burger King, along with the first McDonalds in the city. There are also several large shopping arcades running off the main street. It's at night time tho that the place really comes alive.

If you go there in the late afternoon you will see lots of busy workers wheeling the little metal stalls out and lining them up side by side on the footpaths down both sides of the main road. As the sun sets over Chiang Mai all the street vendors turn up and load their goods for sale into their stalls. The Lights, fans and portable TVs (Thais love their TV soapies) are plugged in and turned on and the tourists start arriving in numbers. You will most likely find the same vendors in the same spot every night.

Remember to bargain for your purchases, it is expected of you and is all part of the fun. Bargaining is almost a national sport in Thailand. Even though the prices appear cheap by your normal standards you should always bargain and try to get another 20-30% off the asking price.

There is a small number of restaurants and burger, pizza shops along the Night Bazaar, plus a heap of mobile food street stalls for those in need of a quick bite. Banana Roti, yum. Highly recommended is Daddy's Pizza & Steakhouse Restaurant (they also do great Chinese food). For the really hungry try either the Kalare Night Bazaar or the Asunarm Market for great sit down meals. For the thirsty, go to the 7 Eleven or better yet try The Red Lion pub or the German Hofbrauhaus both in Loi Khro Road (middle of the Night Bazaar), or O'Mally's Irish Pub further down the street in the Asunarm Market square.

Even if you do not want to buy anything (but you probably will) just going for a stroll up and down the Night Bazaar is an amazing experience. The place is alive with brightly coloured lights, music, the sounds of tourists bargaining for goods and the aromatic smells as you pass by a hot food vendor. Every open bit of space becomes a place for someone to set up a stall. 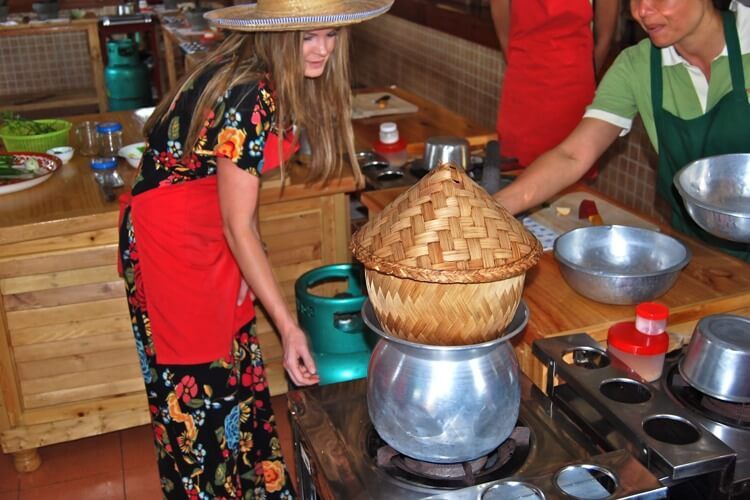 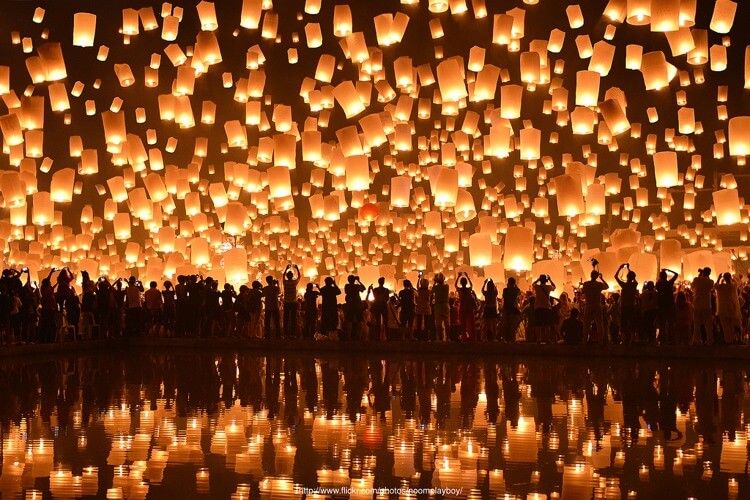