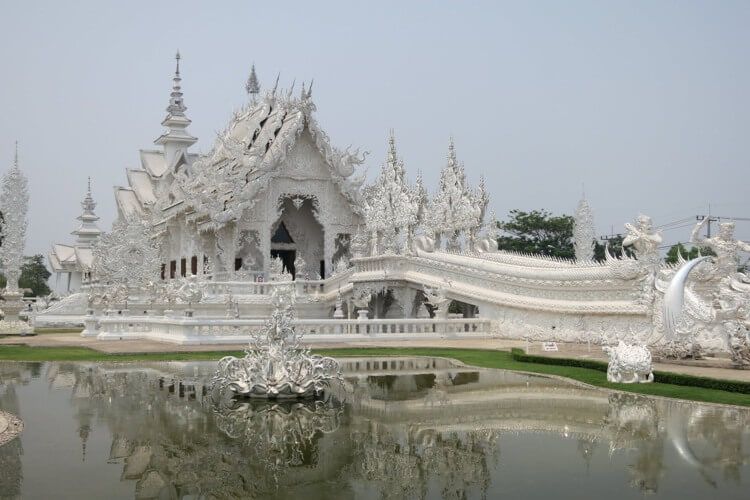 Wat Rong Khun, better known as “the White Temple” is one of the most recognizable temples in Thailand. The temple outside the town of Chiang Rai attracts a large number of visitors, both Thai and foreign, making it one of Chiang Rai’s most visited attractions.

Wat Rong Khun is a unique temple that stands out through the white color and the use of pieces of glass in the plaster, sparkling in the sun. The white color signifies the purity of the Buddha, while the glass symbolizes the Buddha’s wisdom and the Dhamma, the Buddhist teachings.

The Wat Rong Khun was designed by Chalermchai Kositpipat, a famous Thai visual artist. To date the temple is not finished. Eventually there will be nine buildings including an ubosot, a hall to enshrine Buddhist relics, a meditation hall, the monks living quarters and an art gallery.

History of the Wat Rong Khun

Towards the end of the 20th century, the original Wat Rong Khun was in a very poor state of preservation. Restoration works on the temple started, but had to be halted due to a lack of funds.

Chalermchai Kositpipat, a artist born in Chiang Rai, decided to completely rebuild the temple and fund the project with his own money. The artist built the temple to be a center of learning and meditation and for people to gain benefit from the Buddhist teachings. Today the works are ongoing.

Structures and their symbolism

Every detail of the temple carries meaning and encourages the visitor to reflect on the Buddhist teachings that show the way to escape from the worldly temptations, desires and greed and focus on the mind instead.
The bridge of “the cycle of rebirth”

The ubosot, the main building of the white temple, is reached by crossing a bridge over a small lake. In front of the bridge is a circular area with hundreds of reaching hands that symbolize desire. This area represents human suffering and hell. The bridge towards the ubosot, called the bridge of “the cycle of rebirth” signifies the crossing over from the cycle of death and rebirth into a state free of suffering. It symbolizes the way to happiness by overcoming worldly things as temptations, greed and desire. Next to the lake stand two very elegant Kinnaree, a creature from Buddhist mythology, half human, half bird.
The “Gate of Heaven”

After crossing the bridge the visitor arrives at the “Gate of Heaven” guarded by two huge creatures that represent Death and Rahu, who decides over men’s fate. At the end of the bridge in front of the ubosot are several Buddha images in meditation.

The most important building of the Wat Rong Khun, the ubosot is an all white building with fragments of reflective glass in the plaster. The very ornate ubosot shows some design elements of classic Northern Thai temples like the three tiered roof and stylized Naga serpents on the bargeboards.

Whereas the murals of many old temples depict scenes from Buddhist stories, the walls of the white temple contain colorful murals that depict modern representations of good and evil, contemporary figures like Batman, Spiderman and Elvis, villains and superheroes from movies and comics and even spaceships.

How to get to the Wat Rong Khun

The Wat Rong Khun is located just off Highway 1 (Phahonyothin road) about 15 kilometers South West of Chiang Rai town. The most comfortable way to get there is by private air conditioned taxi. The ride from town takes about 20 minutes, the fare is between 250 and 300 Baht. Most Chiang Rai hotels will be able to book one.

It is fairly easy to get to the white temple using public transport. Busses leave from the old bus station near the night bazaar in the center of Chiang Rai town. The trip takes around 30 minutes, fare is 20 Baht one way. Alternatively, charter a blue songthaew at the old bus station at about 300 Baht.

The white temple is much visited by both foreign tourists and Thai people, the latter mainly on weekends and Thai National Holidays. The grounds can get busy. The temple opens daily from 8 am until 6 pm. Admission is free, donations for the construction of the temple are welcome.

Please dress respectfully, which means no revealing clothes. Taking photos is not allowed in the main building. A gallery on the grounds sells art works of the temple’s designer, Chalermchai Kositpipat. The gallery closes at 5.30 pm. Souvenirs, coffee and snacks are available on the grounds. 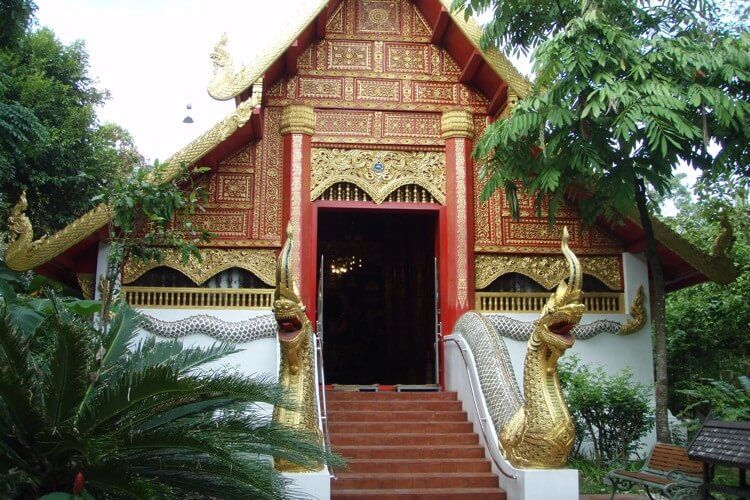 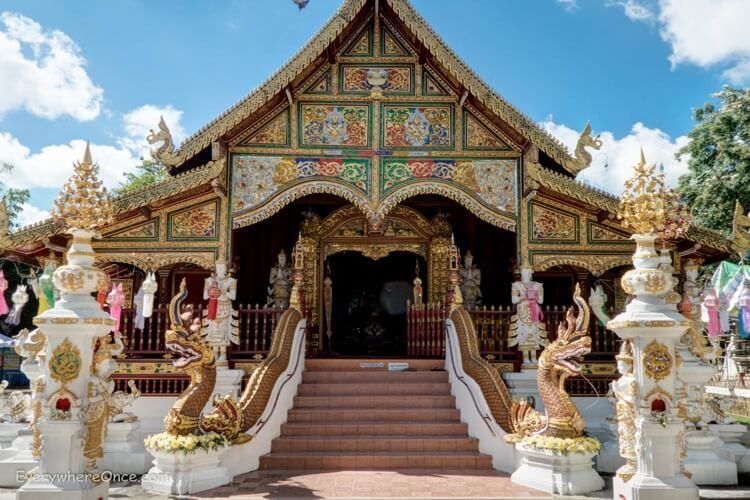 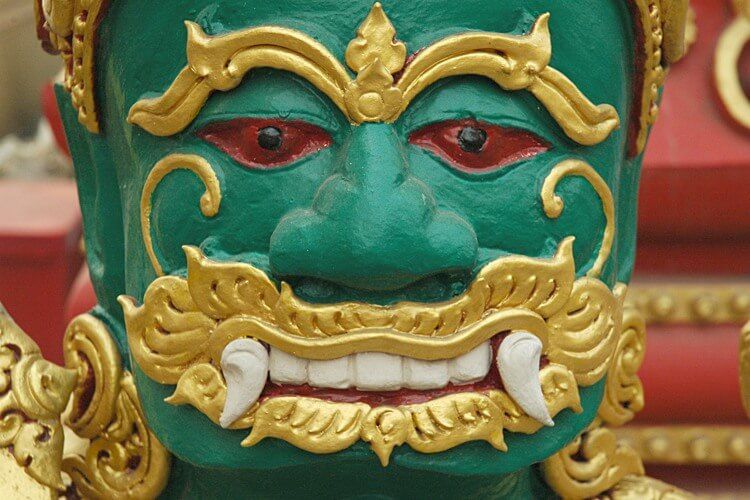