The Sanctuary of Truth is a gigantic wooden construction rising 105 metres into the sky and exquisitely carved entirely out of teak wood, one of a kind in the world. Conceived by the ambitious business tycoon who commissioned the construction of Erawan Museum and The Ancient City (Muang Boran) in Bangkok, this one is a strange fusion of religion, philosophy, art and culture, it's neither a temple, nor palace even though it looks a bit like a hybrid of both. Best described as a monument to Thai craftsmanship, and a place to reflect, Sanctuary of Truth awe-inspiring wooden sculptures and cravings pays homage to and is a reflection of the Ancient Vision of Earth, Ancient Knowledge and Eastern Philosophy.

It's also the only place in Thailand where you can get up close and personal with two delightful and very playful dolphins. It's easy to get lost in thought wandering through the Sanctuary of Truth's impressive structure and admiring the equally impressive and ornate carvings that adorn every square inch of the building inside and out. The brochure speaks of understanding ancient life, life relationship with the universe and common goals of life towards utopia, all of which goes over the heads of visitors (and mine!). But the eerie silence inside is evidence of the admiration visitors cannot help to have for the ten years and hundreds of thousands man hours that have gone into the project. And the guide informed me that it's ongoing, that Sanctuary of Truth will never be fully completed...
From the brochure: From the Cold War era until today, the world has been under the influence of Western civilization, accentuated by materialism and devotion to advanced technology. Many natural areas have been degraded, and men have drifted away from their old values in such a way that morality and spiritual contentment have become irrelevant to many people. Their attempts to control nature have transformed many people into egotistical individuals who are out to destroy one another through incessant wars and economic plundering... Some serious thoughts to ponder.

The Sanctuary of Truth was conceived from the vision that human civilization has been achieved and nurtured by religious and philosophical truth 'created, in other words, out of goodness drawn from religion, philosophy and art. Through elaborate carvings and sculptures, it pays tribute to the seven creators man cannot be born and exist without: Heaven, Earth, Father, Mother, Moon, Sun and Stars. Deeply embedded into all of this are ancient Buddhist, Hindu, Brahman and other spiritual and philosophical elements. 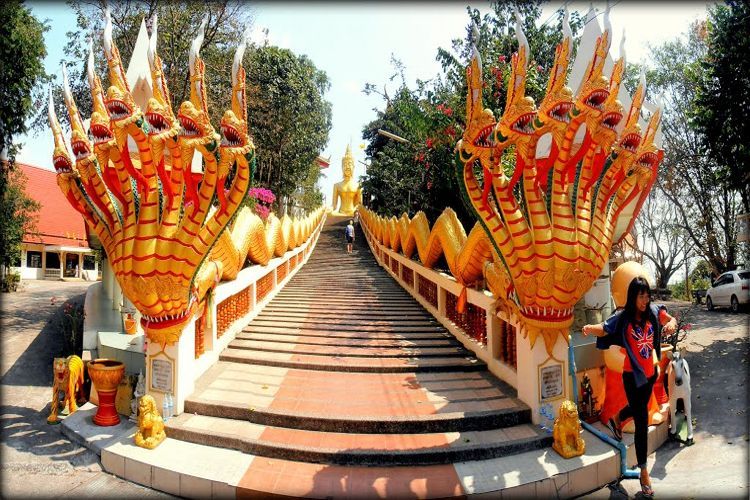