The Phuket Fantasea park is huge, colorful, bold and definitely crowded... More than 10 years after opening in Kamala Beach, Phuket Fantasea is still going strong, a giant melting pot of tourists of all nationalities, with one thing in common, they all came to see a dazzling stage performance narrating the Thai legend of Kamala, including a dozen of adult massive elephants.

The Phuket Fantasea park covers an amazing surface and appears even bigger once inside. The theme is a mix of Thai myths and legends and fancy variations of fun fair and traditional temples. It's impressive and your kids will love it... furthermore, all the classic fun fair games set in a fluorescent environment will give you the bragging rights of winning some stuffed animals (200 baht for 5 games).

There are in fact only few games, but definitely a lot of tourist shops selling kids stuff or traditional artifacts, and not everything is made in Thailand but it's fun browsing while waiting for the show.

Past the bright and utterly colorful buildings of Phuket Fantasea, we reached the main plaza where the restaurant resembles a large golden temple. The dinner is optional but we decided to give it a try so we could write about it. And an experience it was! Once we passed the doors, we just froze for a second... We never saw such humongous dining room in our entire life! 4,000 seats is bigger than a soccer field! It's well decorated, the buffet is acceptable while not very varied, but it is everything you can think about, except romantic. Seriously? Skip it! There are enough good restaurants nearby in Kamala Beach without having to inflict yourself such an experience.

Then it was time for the show and the crowd rushed to the theater. Human instinct applies: even though seats are reserved, there is always an urge to get in front of the queue... everyone between ropes leading to a counter where you need to deposit cameras and videos... very strict on that, I never managed to get that authorization, sorry!

Here is a piece of advice: get yourself a 'Gold Seat'! The theater can accommodate 3,000 persons, so if you get really bad luck and end up in a back seat or worse on the second floor, the elephants will look as big as frogs in the far. The show starts with a caravan of massive elephants walking through the audience, followed by performers in Thai costumes. This was very impressive and surreal, and maybe the best part of the show.

Once they reach the stage the show starts in a great display of sound and light effect. The show is supposed to illustrate the history of Kamala, but I suspect nobody gets it past the first narration. It's well rehearsed, actors, dancers and acrobats perform smoothly, the flying Thai angels and the acrobats spinning above the audience's head in black lights get all the attention. A bit of magic show with two scary clowns coming straight our of a Stephen King novel probably didn't seem to have anything do with Thai myths and legends, but we all know that front stage performance allows the changing of set in the back :)

Some dances enacting traditional events followed by battles scenes ended with the return of the elephants for a 'circus looking' scene that was a bit disturbing. For the grand finally, where the good guy rescues the princess. The audience is happy and cheering, but my favorite part were the chickens running in line across the stage.... how did they do that?

Phuket Fantasea is a pretty good show and overall a good attraction park, a bit too mass tourism to my taste. Kids will love the colorful game zones and the brightly lit buildings, adults might be more impressed by the massive temples and the elephants standing by the restaurant for a photo or for a short ride. 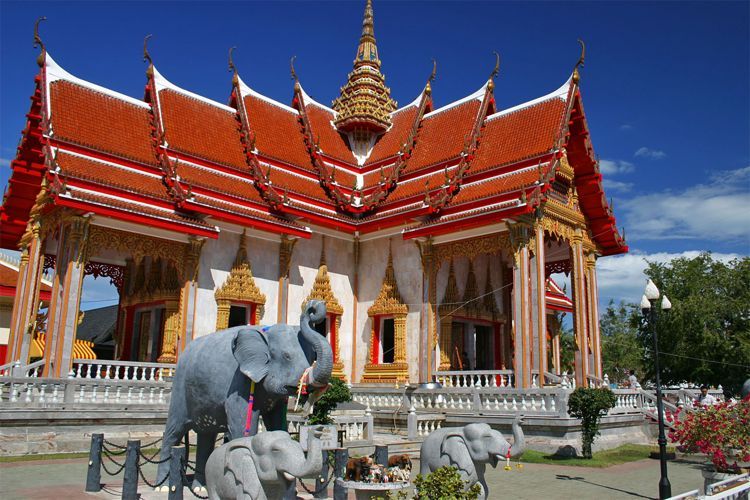 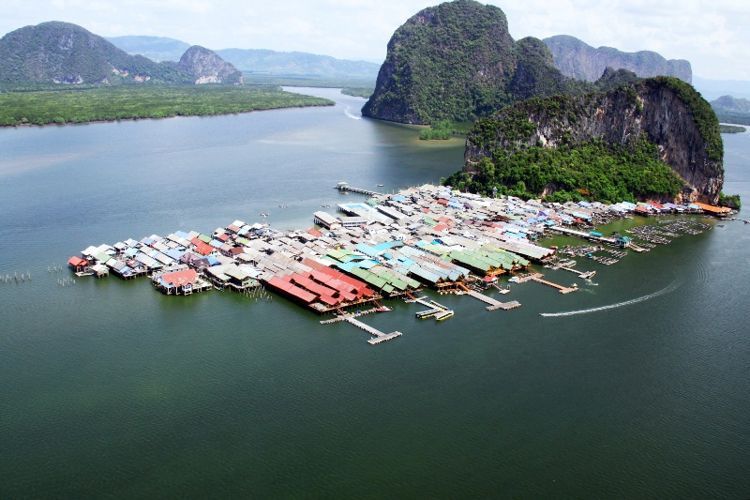