Traditional Thai Wedding is one of the interesting Thai cultures.There are many different aspects to a traditional Thai wedding, but not all of these traditions are maintained today. Consequently, there can be many variations in the basic ceremony which can be as elaborate or as simple as the wedding couple (and their families) want to make it. Traditions vary in different parts of Thailand so for instance a Thai wedding in the south of Thailand (for example, Phuket) can be very different to a wedding in the north of Thailand (such as Chiang Mai). For marriages in some rural areas and Thai villages ‘upcountry’, there is more chance that many of the old customs, such as ‘preparing the bridal bed’ (see below), will be incorporated in the wedding ceremony. The Thai wedding ceremony is essentially non-religious despite the fact that monks may be present. No vows are made but there is a large amount of symbolism to ensure good luck for the newly-weds.
Choosing the Date
To ensure a happy and prosperous marriage, the couple should marry at an auspicious time and date. This isn’t taken lightly and astrologers may be consulted to see if the stars are compatible.
Wedding Invitations
Some parts of the wedding day, such as the blessing by monks in the morning, will only be attended by relatives and close friends of the bride and groom. Wedding invitations list the times that each of the most important ceremonies start. The timing of the Buddhist ceremony is set to ensure good luck and will commence at an auspicious time such as 09.09 (9 is a lucky number in Thailand). Thai people aren’t generally renowned for their punctuality, but they will pay particular attention to wedding times to ensure good luck for the couple being married. When it comes to the evening feast or wedding reception, invitations are more casual and a verbal invite can suffice.
Engagement Ceremony
Not surprisingly, the engagement ceremony must take place before the wedding although for practicality and to save money, some couples may hold it on the same day as the wedding (see khan maak procession below).
Paying Homage to the Bride’s Ancestors
This is a Buddhist ceremony that usually takes place the night before the wedding. It’s quite a simple ceremony and the couple wear everyday clothes, but the principle is that the couple are honouring the bride’s ancestors.

Making Merit
Making merit is important to Buddhists and it is particularly important on special occasions such as weddings. Inviting monks to the ceremony ensures merit because donations will be made to the monks. Another way that couples can make merit is by granting an animal its freedom. This is typically done by releasing a bird from a cage, or releasing a fish or turtle back into the water.
For Thai Buddhists, it is widely believed that donating a merit gift (i.e.money) to the local wat (temple) will ensure a lifetime of love for the marriage. If the groom makes a generous donation to the local wat in the name of the bride’s parents, it shows great respect for both the bride and her family.
Buddhist Blessing and Merit Making
You don’t have to be Buddhist to partake in the ceremony and, in fact, many Western couples also elect to have a Buddhist wedding ceremony when they marry in Thailand. It is important to note that although monks may be present during part of the wedding day, a Thai wedding is essentially a non-religious affair and will usually take place in a private home belonging to a relation of either the bride or groom as opposed to a wat or temple. If monks are invited to attend the ceremony it will be to bless the couple and enable them to make merit. Performing a Buddhist ceremony does not in itself grant legal status on the marriage. For that to happen, the marriage needs to be registered at the Amphur Office.
The wedding day morning will normally begin early (approximately 6-7a.m.) with monks arriving to visit the couple who are to be married. The monks will chant and say prayers whilst a lit candle is placed in a bowl of water. This lustral water is then used later to bless the couple. A bowl of white paste may also be blessed which will be used later to anoint the foreheads of the bride and groom.
The wedding couple and their relatives offer food to the monks before leaving the room to allow the monks to eat. Nobody else is permitted to eat until the monks have finished their meal. After their meal, the monks will begin their chants again and the senior monk will bless the couple, and everybody present, with holy water. The monks then return to the temple. In some instances, the couple may go to the temple rather than have the monks visit them, but donations and food will still be offered to the monks. If monks are present (there can be 3, 5, 7 or 9 monks), trays are usually placed in front of them to receive the envelopes containing the donations. Depending on how the wedding day has been arranged, the khan maak and doors ceremony often follows next.
Khan Maak Procession
Traditionally in Thai culture, the family of the groom discuss with the family of the bride how much dowry (‘sinsod’) should be paid. Once this is agreed, the engagement can take place which involves an offering of gold and gifts for the bride and her family. The groom and his family form a procession to take the ‘khan maak man’ (‘items for engagement’) on special trays to the family of the bride. In olden times it used to be that the procession would leave from the groom’s house and walk to to the bride’s house, but modern life has changed things slightly. Nowadays, the khan maak procession often takes place on the same day as the wedding itself and starts just around the corner from where the bride is staying. The procession is a lot of fun and is accompanied by musicians playing traditional long drums as the entourage dances its way to the bride’s house. When the groom’s family reach the bride’s home the way may be blocked by symbolic doors or gates.
Doors Ceremony/Gate Ceremony 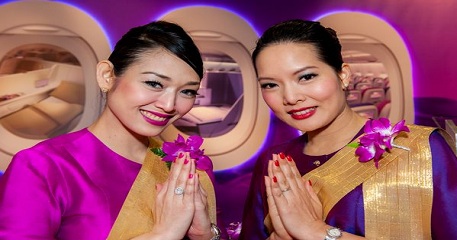 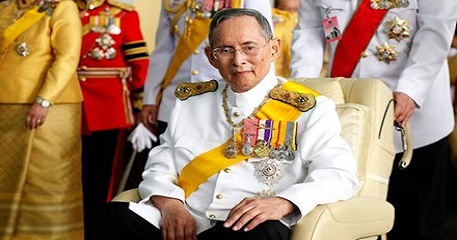