Top 20 things to know before traveling to Vietnam 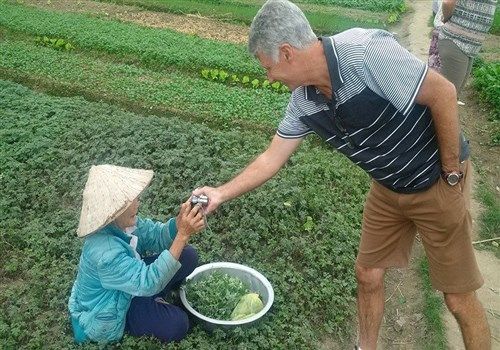 A little preparation before visiting the outrageously exciting country of Vietnam is certain to go a long way. Vietnam has plenty of its own little quirks, such as the way of crossing the street, visiting the less seen sights, and street food that can be helpful to know before you go.

Here are 20 top things to know before travelling to Vietnam:

1 - Eat everything
The Vietnamese food is delicious with many of the cities having an incredible street food scene with roadside stalls and hole in the wall restaurants that can get your taste buds tingling. Be adventurous and try it all. A few of the must tries for the first time in Vietnam include Pho (pronounced 'fur' or 'fuh' similar to the first syllable in "phenomenal") and Bánh mì, while it is worthwhile trying the odd looking purple fruit that you may not experience elsewhere. But a certain degree of caution is needed with the food stalls, so you want to look for those that seem to attract the regular or local customers. Additionally, you want to drink lots of water when taking in the sights, especially if touring in the warmest months of the year.

2 - Keep valuables out of sight
Keep your valuables out of sight, such as your wallet, smart phone, jewellery, etc. While violent crime is very rarely witnessed against tourists, there is the problem of pickpockets similar to any large city. You might want to be more mindful in Saigon’s Pham Ngu Lao and Hanoi’s Old Quarter. Just try to be more cautious and be aware of your surroundings and belongings. Also, most transactions in Vietnam are cash-based, so you may as well leave the plastic at the hotel.

3 - Apply for your Visa
One of the first things to do is to apply for a Vietnam Visa. Many travellers aren't aware that it is possible to apply for the Visa on arrival in Vietnam, but it is usually recommended to apply in advance with vietnamvisaprovider.com to save your time. Also, there are certain countries that are exempt from the Visa rule for a specific period of time, so it is worth checking the latest guidelines for your country before departure. In addition, Travel advice states your passport should have at least six months remaining after the planned departure date (this rule is taken very seriously).

4 - It will rain
If you plan to travel from Hanoi in the North to Ho Chi Minh City in the South, there is a very real chance that it will rain at some point along the journey. The weather is seasonal and changes throughout the country. Even though the weather can be pleasantly warm, the rain showers can be very heavy at times, but this still shouldn't dampen your fun. You can take along a light jacket or ponchos are relatively cheap in Vietnam. The plastic thin ones are great for walking around the cities, while the longer ones are more practical if planning to cycle or ride on motorbikes. Also, it may not be necessary to weigh down your baggage with an umbrella because many of the hotels lend these out for free (but make sure to hand them back to avoid being charged).

5 - Trains rarely run on time
After you have spent one of two days on the Vietnam tour packages you will soon realize the Vietnamese people are quite laid-back and rarely seem to be in a rush. This also translates into the public transport system. Many of the sleeper trains don't arrive at the intended train station on time, even if you set off within a short period of the proper departure time. It is best to just be alert and be ready for when the train departs from the station. Also, make sure to avoid hanging around as the trains don't wait long and also you want to avoid missing your stop, as you may not know where you end up.

6 - Does Vietnam have a dry season?
Vietnam is a country with complicated weather patterns because of the tropical monsoon climate. In the North and Ha long Bay, the dry season is likely to run from April to October. In the central and southern parts of Vietnam, the dry season is usually December to April. But, there is no guarantee on the weather, so it is practical to travel with all eventualities in mind and pack light waterproof rain gear.

It can get cold in the North and in cities such as Hanoi. Unlike Ho Chi Minh City, the capital of Hanoi has four seasons, which can vary from the cold and humid winters (November to January) to the very sticky and hot summers. So, make sure to pack accordingly if you plan to visit Vietnam outside the main tourist season

7 - What airlines flight to Hanoi?
Most of the major airline services offer a direct or connecting service to Vietnam destinations includes Singapore Air, Lufthansa, Thai Air, Air France, Korea’s Asiana and Cathy Pacific. The most common airports to provide the ongoing connection into Hanoi include Bangkok, Tokyo, Seoul and Singapore.

8 - Explore outside the major cities
While many travellers only focus on major cities like Hanoi and Ho Chi Minh City, it is also worth exploring the smaller towns with many just a short train or bus ride from the more congested main cities. Great places to explore that are less seen by the tourist include Mui Ne, Dalat and Hoi An. Getting to explore these little cities helps find great highlights in Vietnam, such as canoeing down waterfalls, cliff jumping, and trekking through the mountains, paddy terraces and massive sand dunes.

9 - Avoid drinking the tap water
Similar to other Southeast Asian countries, you will really want to stick to drinking bottled water when travelling throughout Vietnam. Some travelers even say to avoid using the tap water for brushing the teeth, but this is much less likely to present any issues.

10 - Talk to the locals
The Vietnamese people are very friendly and welcoming, so there is a great opportunity to have fantastic experiences if you are willing to put yourself out there. Plus, you really want to learn the basics of Vietnam etiquette before you start to interact with the local people. One thing that many people forget to do is to learn the basics of a country's language using a Vietnam travel guide, which is likely to be appreciated by the locals. So for instance, you may wish to say hello and thank you in Vietnamese, which is Cảm ơn (come on) for thank you and Xin chào (sin chow) for hello.

11 - Motorbike safety
If you are planning to brave the traffic and hire a motorbike you want to make sure you follow the proper precautions. Always wear safety gear like helmet, avoid clothing like miniskirts and don't wear dangling items of jewellery. Also make sure to secure your bag to bike using straps or if possible use the under seat storage area.

12 - Take a midday break
A midday break is certain to be appreciated if you plan to see a lot of sights during the course of the day. The best practice is to break up the sightseeing and go first thing in the morning and again later in the afternoon. It can be quite tiring to walk between the different attractions. Also, if the temperature is quite hot, you will really appreciate a nice long break between visiting the temples or pagodas, and also you will be that much more refreshed and ready for the afternoon’s activities. Midday break is essential if you plan your family vacation in Vietnam.

13 - Cover-up
If you're planning to visit one of the many pagodas or temples, make sure to pack the appropriate clothing, such as an extra shirt or a shawl to cover the shoulders. Remember that you are visiting religious buildings and therefore you should know the things to bring to Vietnam to show respect and wear the type of clothing that is expected in the local area.

14 - The traffic is crazy
The traffic in Vietnam is quite crazy, but there is no way of getting away from it. You will eventually need to brave the motorbike traffic to reach your next destination. Although, once you do start to cross the roads, it isn't as bad as you might expect. In certain major cities like Ho Chi Minh City traffic can be particularly bad, so if you can't find a place to cross, you may want to wait and cross with some locals that know what they are doing. It can be useful to hold out your arm to alert the motorcyclists that you are actually planning to cross the road.  Also, a steady pace is helpful as the motorbikes are trying to anticipate your movements in an attempt to avoid hitting you.

15 - Figure out the currency
Try to figure out the Vietnamese currency before you arrive in the country or soon as possible on arrival. At first, the extra zeros on the currency can be quite confusing. A simple technique to understand the Vietnamese Dong is to memorize the colour of the currency notes. For instance, a blue note is about five dollars. There are certain notes that are quite similar, such as the 20,000 Dong note and the 500,000 notes. Try to separate the small and large domination notes in your wallet to avoid overspending on your lunch or taxi ride.

16 - Keep an eye on the taxi meter
Even though it doesn't apply to all taxi drivers in Vietnam, there are plenty of dishonest drivers that have no problem with significantly inflating the prices (meter tampering, negotiating prices well above the meter, or not turning on the meter and making up the price) for the foreign tourist. For the most reliable service, you may want to look to hire a taxi from the following companies: Vinasun, Mai Linh and Hanoi Taxi. You can watch the odometer and compare that to the trip meter - if you do believe it is going up too fast, you may want to stop and pay up, and then get a new taxi for the rest of the journey.

18 - Be a sensitive photographer
Even though most of the people in Vietnam don't mind having their photo taken, it is still polite to always ask. Also, there are certain sites throughout the country, such as the military buildings and Ho Chi Minh's Mausoleum that restrict the use of cameras.

19 - Electric Plugs
Other useful travel tips in Vietnam include having the right adapter for the electricals. The most frequently used electrical plugs throughout Vietnam is the European 2 pin attachment, while there are still areas that use the Japanese/North American 2 blade and the British 3 blade plug.

20 - Enjoy your time
Vietnam is a beautiful country to explore with so much to do and see and one of the finest destinations to experience in southeast Asia. Vietnam is somewhere where you can easily fall head over heels with, and with this list of top things to know before traveling to Vietnam, you're certain to have an enjoyable time while creating plenty of never to forget memories. While the activities and sights are certain to hold interest, you can also take the more relaxed sightseeing experience and learn about the pace of life, culture and welcoming locals. 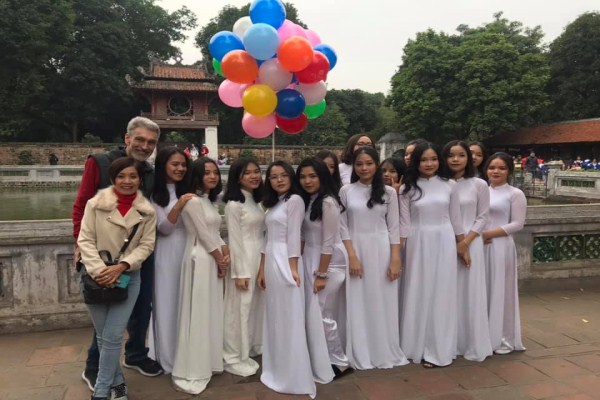 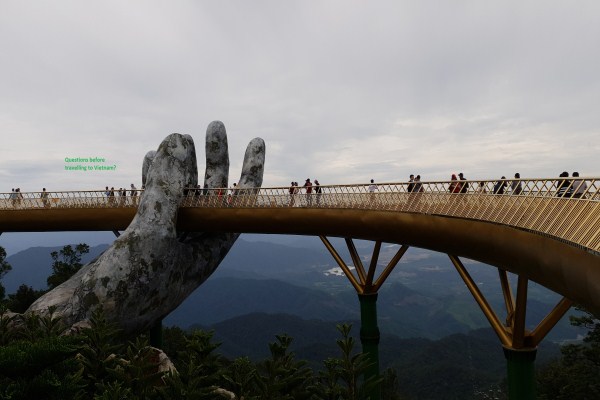 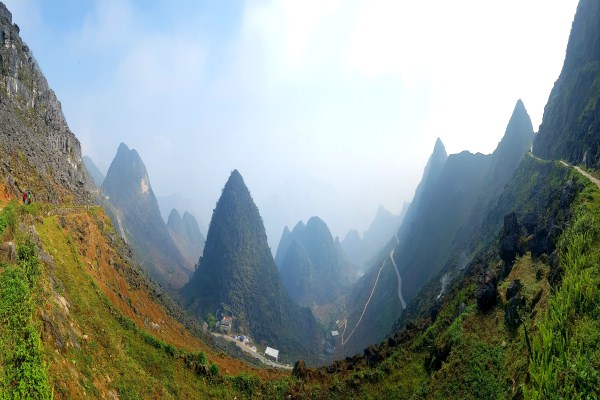 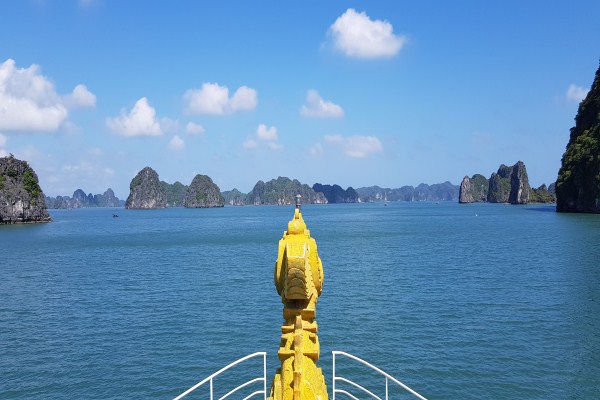 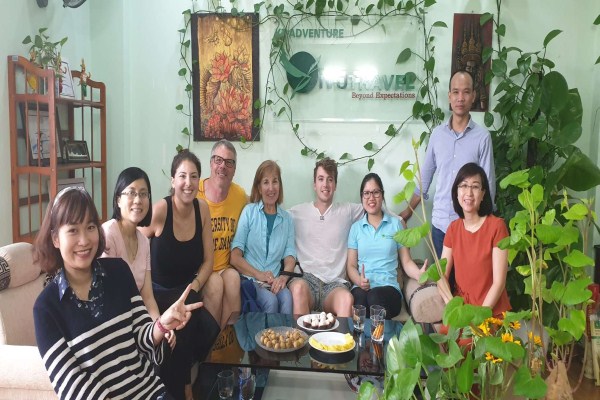 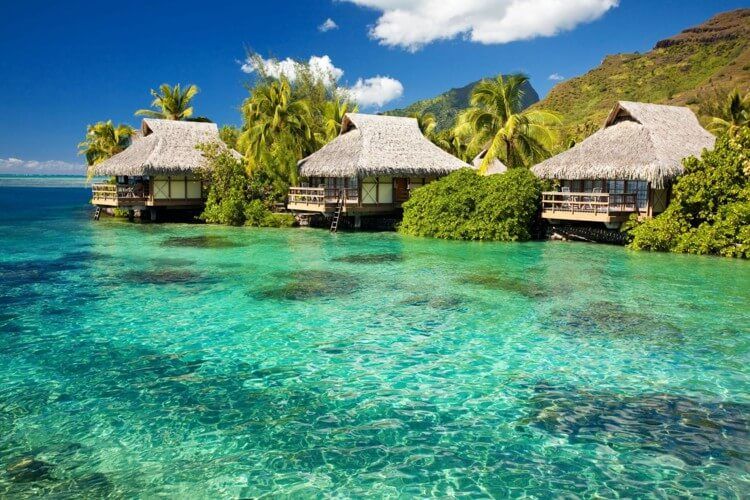