Ho Chi Minh City, the most exciting city in Vietnam

Vietnam’s largest city, the former Saigon, has the honour of carrying the name of Vietnam’s primary hero yet it will never have the status of capital; that very much belongs to Hanoi in the north. Its origins were as a Khmer fishing village, Prey Nokor. It was a swampy area, fairly insignificant until the 17th Century when Vietnamese immigration forced Cambodians to leave with their country weakened by struggles with Thailand. It formally became part of Vietnam in 1698 and grew from there. Further impetus came from the arrival of the French whose architecture is still a feature of the City today, mixed among the high rise 21st Century buildings.

‘’Saigon’’ was held briefly by the Japanese before the end of World War II after which struggle continued. The French were in no position to retain control so it was no surprise when they left, the communist Viet Minh controlling the North and capitalists making Saigon capital of the South. It was another 20 years, mostly of struggle, before Vietnam became a unified country with Hanoi its capital. Vietnam travel packages will usually include both these major cities and good Vietnam tour operators will prepare an itinerary to suit clients’ wishes.

Ho Chi Minh City continues to grow at a pace with mass tourism adding to the metropolitan population in excess of 10 million. There is a small minority of Chinese, an even smaller number of Cambodians with almost 95% being ethnic Vietnamese. Despite that there are some 10% who are Roman Catholic as opposed to following one of the three main religions; Buddhism,Taoism and Confucianism.

The City has two seasons, dry from December to April and wet the rest of the time. Having said that there are many days during the wet season when it only means a shower. It is certainly not a reason not to visit on Ho Chi Minh City tour packages. In the second half of the wet season there is a chance of regular typhoons so this is perhaps the low season? However, with the regional variations in the Vietnamese climate there are reasons to travel all 12 months of the year.

Ho Chi Minh City has a major international airport with direct flights from all over the world. The internal transport infrastructure is good with domestic flights, countrywide railways and roads heading in all directions. Vietnam packages take advantage of this to provide comprehensive nationwide tours over no more than a couple of weeks if that is the time available. After all, there is always the chance to come again to see anything that you miss.

A Ho Chi Minh City tour will include a number of notable sites:

•    Reunification Palace was built in the 1960s and the War with the North effectively finished on 30th April 1975 when a tank drove through its gates. Nothing has changed since that day with a replica tank left in the garden.
•    War Remnants Museum opened shortly after the fall of Saigon. Visitors should be warned that some of the exhibits are fairly disturbing.
•    City Hall is closed to the public but the statue of Ho outside is worth a photograph.
•    Museum of Vietnamese Historybut unless you know something about its history you may be confused.
•    Ho-Chi-Minh Museum tells the story of his life.
•    The Central Mosque originally catered for Indians but the huge increase in foreign workers living in the City means that Indonesians and Pakistanis have a local facility.
•    Notre Dame Cathedral (Nhà thờ Đức Bà) was built by the French with a small number of Christians still living in Ho Chi Minh City.
•    Thien Hau Pagoda is dedicated to the sea goddess and two giant turtles watch over it in her absence.
•    Quan Am Pagoda is the oldest pagoda in the City.
Not everything in Ho Chi Minh City has historical significance.
•    The Bitexco Financial Tower in the heart of the commercial and entertainment district is 262 metres high consisting of 68 floors.
•    Saigon Skydeck offers great views from its 49th floor across the City.
As with many modern cities there are plenty of things to do that do not directly relate to Vietnam. Daily tours, day and night offer everything from great restaurants and street food to parks and cookery lessons.
Using Ho Chi Minh City as a base there are a number of places that are worth a day trip, notably:
•    The Mekong Delta, possibly a trip to the floating markets of Can Tho though the journey is a little over three hours. It is possible to travel one morning and stay overnight to see more of this iconic river.
•    The Cu Chi Tunnels are much closer, little over a hour and give tourists the chance to see how the Viet Cong lived below ground during the Vietnam War. They were built during the struggles with the French but are noted more for their use against the Americans.
•    Can Gio is virgin mangrove to the south of the City.
•    Vung Tau is a coastal city with good beaches a couple of hours from Ho Chi Minh City.

Many people try to see more than just Vietnam on their trips to South East Asia. Indochina tour packages including Cambodia and Laos are easily arranged and the arrangements to cover the detail will be handled by a good Vietnam travel company. Phnom Penh the Capital of Cambodia is a 6 hour bus trip from Ho Chi Minh City while it is possible to travel up the Mekong River as far as Phnom Penh as well.

Summary
Ho Chi Minh City is perhaps more modern than Hanoi. It is the commercial centre of Vietnam while its proximity to the Mekong Delta, the most fertile region in the country, adds to its importance. Ho Chi Minh tour packages will be designed to show tourists the best of the City in the available time. It is often the first introduction to Vietnam and provide a flavour of what is in store on a Vietnam holiday. Should you want to know more about this city, please read our Ho Chi Minh City travel guide. 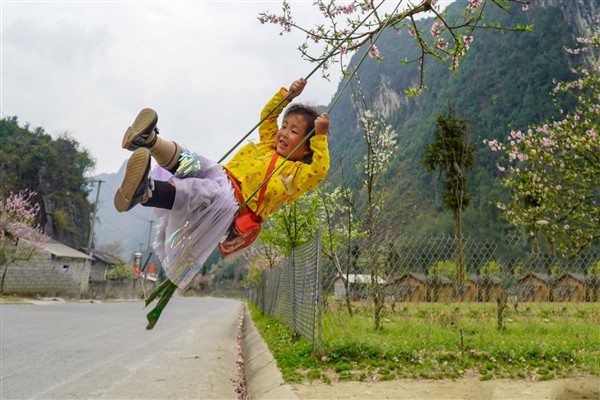