12 Dishes to Taste When Travelling In Indochina

For the culinary delights, an Indochina tour is certain to be a must-visit destination. Food is seen as a central party of Indochina culture which can express the souls, characteristics and traditions of each of the countries.

Here is a list of some of the best dishes to taste when travelling in Indochina:

Pho - Vietnam
It isn’t possible to refer to Vietnamese food without mentioning pho. This popular dish is a combination of fresh rice noodles, a salty broth, a sprinkling of beef or chicken and herbs. It is daily nourishment for the local people. Pho is easily found at any of the street stands in Vietnam’s cities and is delicious and very cheap. It is almost impossible to walk through Vietnam's popular street scene without seeing a bunch of people slurping pho.

Banh mi - Vietnam
Banh mi is a Vietnamese baguette with a rich variation in fillings that might consist of pickled vegetables, cold cuts, cheese and sausage. The stands selling Banh mi start to get quite busy in the mornings with the tourists.

Bun Bo Hue - Vietnam
Bun Bo Hue is certain to please the soup junkie when travelling on the tour to Vietnam and Cambodia. This dish has as distinct flavour with a meaty broth, slippery rich noodles and heaps of pork or beef. Even though this dish originated in Hue where it is possible to taste the original savour, it is easily found countrywide.

Bun Cha - Vietnam
Bun Cha (also referred to as Bun Thit Nuong) is a traditional and famous dish in Vietnam. This dish is prepared with a charcoal stove to grill the meat and served with a variety of herbs and rice noodles. Plus, it is accompanied by a thick syrup-like fish sauce. 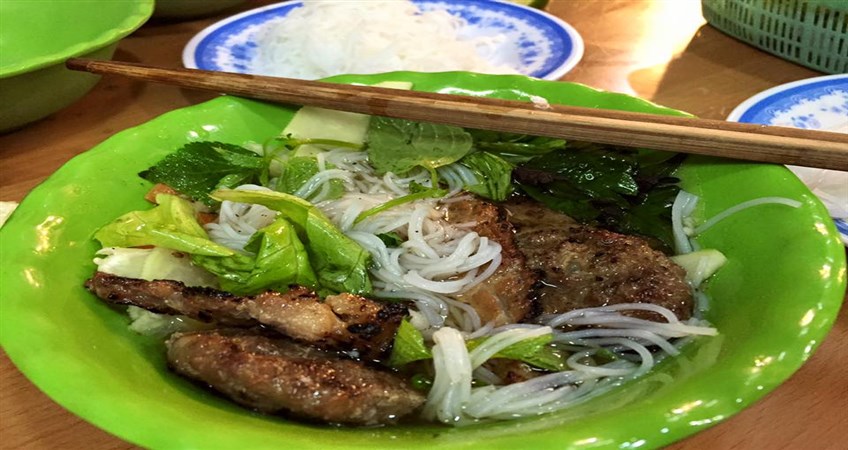 Goi cuon – Vietnam
Goi cuon (fresh spring roll) is a popular dish in Vietnam and one that is tried and accepted by the majority of travellers.  The spring rolls are filled with ingredients like crab, shrimp, or minced pork, as well as coriander and greens. Plus, it can be served with a side dish of mint and/or lettuce. This is certain to be counted as one of the must-taste dishes to experience while on the 2 week tour in Vietnam.

Khao Niaw – Laos
Khao Niaw (sticky rice) is certainly extremely popular with the Lao people. Traditionally, the sticky rice is prepared in a cone-shaped basket in bamboo. The rice is eaten at any time of the day and often available with a variety of side dishes.

Laap - Laos
Laap (meat salad) is one of the best-known dishes in Laos. It consists of a chopped meat “salad” of fish, duck, beef or port, and combined with herbs, roasted rice, garlic, and lime juice. It is easy and quick to prepare and served at room temperature. Diners in a restaurant will be served with cooked meat – although this dish is also eaten with the protein raw. A further ingredient that may feature is kao kua (roasted and crushed rice grain) to add extra fragrance and nuttiness to the meal.

Mok Pa – Laos
Mok Pa (steamed fish) is a traditional dish that is routinely wrapped in a few banana leaves and held together with bamboo string. It is prepared with a variety of ingredients such as fresh dill, shrimp paste, green chilly, fish sauce, green onions, kaffir leaves and lemongrass. Each of the components blends well with the steamed fish. It is best served fresh and wet because the flavour is soon lost when left to dry. Also, the Mok Pa is served with sticky rice. 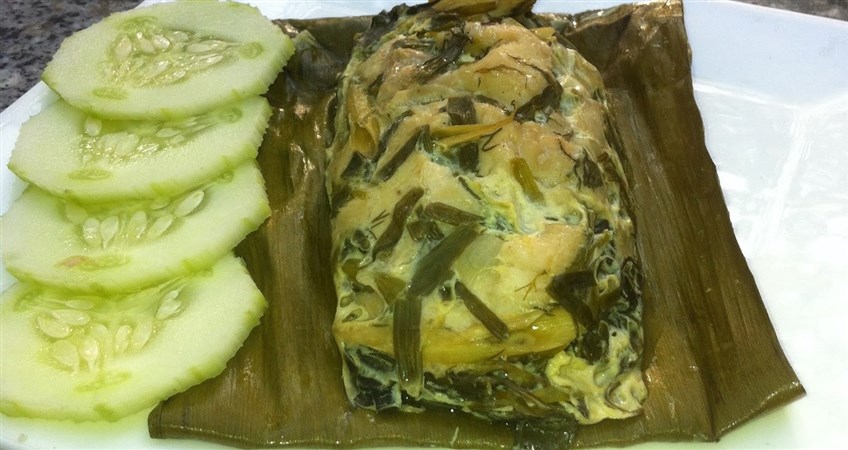 Tam mak houng – Laos
Tam mak houng (papaya salad) has many versions and seen in places like Thailand. But, the dish served in Laos is completely different and has its own unique taste. The Lao version is a lot grittier and saltier, which is achieved with the addition of bpadek, which is a type of fermented fish sauce. This gives the Tam mak houng a quite acquired taste with its strong flavour and dark liquid. Also, this Lao dish doesn’t include palm sugar. A delicious meal of sticky rice with slow-cooked pork or chicken and a side order of tam mak houng are really filling and only costs about $2-$3.

Bai sach chrouk - Cambodia
Bai sach chrouk (pork and rice) is popular in the street food scene all over Cambodia. It is a simple, yet delicious dish to taste on the Vietnam Cambodia tour. The pork is slowly cooked over hot coal to extract its natural sweetness. Often the pork is marinated using garlic or coconut milk. The port is served with rice as well as plenty of daikon radish and pickled cucumbers. Plus, this dish is often accompanied with a bowl of chicken broth with fried onions and scallions.

Fish amok – Cambodia
Fish amok is a favourite dish in Cambodia. This dish is a type of fish mousse with kroeung and coconut milk. Kroeung is a Khmer curry paste created with finger root, galangal, shallots, garlic, turmeric root and lemongrass. Also, a local herb like slok ngor can feature and this helps to create the most unique version of this dish. In the high-end restaurants, this dish is prepared by steaming in a banana leaf. But, fish amok is also boiled in many of the local places.

Khmer red curry – Cambodia
The Khmer red curry is quite milder with less spice than most Thai curries and coconut-milk-based. This curry contains kroeung, lemongrass, coconut milk, potatoes, green beans, eggplant and fish, chicken or beef. It is a favourite dish for special events such as Ancestor’s Day, family gatherings or weddings. The curry can also be served with bread which is mostly influenced by the French colonists.

Vietnam piloted a 7-day quarantine for passengers with vaccine passports from July 01,2021 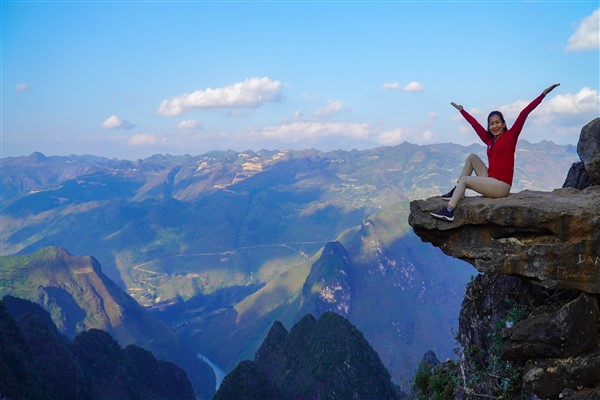