Located approximately 20 kilometers from  the town of Ha Tinh province, Thien Cam has been well known and praised as a romantic and pristine beach recently. The beach is bound by Thien Cam Mountain, which makes a beautiful landscape of the harmony of sea and mountain. Thien Cam beach’s beauty is also added by Yen Lac Pagoda where tourists can explore the architecture style of the 13th century and contemplate the famous old picture of “The Kings of Hell’s Ten Palaces”. It has been told from generation to generation that here used to be a favour destination of the first King of Vietnam - Hung King where he could relax on the mountain and listen to the rhythmical sound of ocean.

Thien Cam beach lies in a region of monsoon tropical climate with two distinctive seasons, the hot and cold seasons. The average temperature is 22oC-25oC, and the annual average rainfall is above 2,200mm or 3,500mm in some places and 1,719 sunny hours a year.

How to get there

From Hanoi, you can take a train to Ha Tinh with short drive to Thien Cam Beach.

Thien Cam beach brings you a great opportunity of a healthy and romantic vacation. Coming here, you will surely be attracted by the pristine beauty attaching to low mountains. You can enjoy cool and purely blue sea. You can play with its small waves sweeping into and out of the  silk-like fine sand banks. Even you can relax yourself by lying or walking on the fine and clean sand. Or you can go boat sailing or shipping. Only in Thien Cam could tourists hear admirable sounds of sea winds, waves, howling tree leaves striking mountain cliffs, which create sweet melodies . All these make you  feel you were in a fantastic land with refreshing moments.

After satisfying with such comfortable entertainment,  you can take a ship to Boc Island, which has a marvelous rock banks turning to the sea. Waves strike the rock banks all day long, making an ideal bathing site with rippling waves.

Leaving Boc Island, the ship now brings you to Tien seaside resort (Bãi  tắm  Tiên) at Tuong Mount foot. Among several small beaches, Tien seaside resort is the prettiest one. It is loaded with rock caves and sand banks, cross-valley full of fresh and salty water creating the tide line. Scattered along the rock side, it is bird trapper, lobster, and sea-chesnut catcher.

Back to the beach, you can go up to Thien Cam mountain and enjoy the melody of the Heaven’s Lute that Hung King used to feel. Then sliding down to the mountain foot and walking for couples of minutes, you can integrate into the religious world of Yen Lac Pagoda with the beauty of the 13th century architecture style.

Last but not least, it seems to be a good news for those who adore foods of sea. Thien Cam is the place of numerous delicious sea foods that are appreciated as the gifts of the Nature. Staying here, you can taste  lobster, squid, Cu Ky bird, Nhuong fish source, and so forth, which are of uniqueness in Ha Tinh.

Thien Cam is still a natural and quiet beach without luxurious restaurants and bars. Then it is a good choice for those who want to discover local cusine at local restaurants. 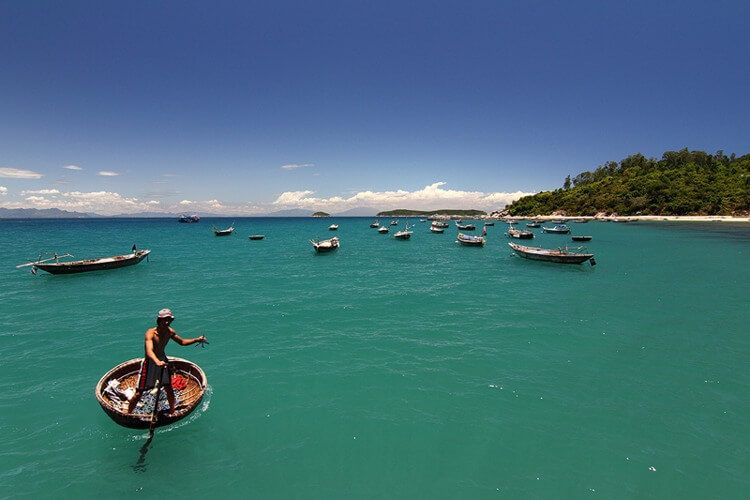 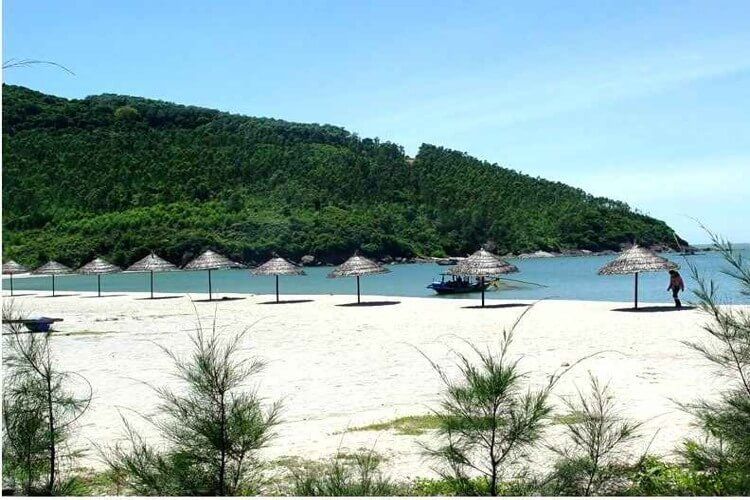