Quang Ninh Province is on the north-east coast of Vietnam. It borders China to the north and contains one of the attractions that everyone doing packaged tours in Vietnam will expect to see, Halong Bay, a UNESCO World Heritage site. A Vietnam travel agent can be expected to include the Country’s highlights in any Vietnam luxury tour and by necessity that will include time in Quang Ninh Province.

Halong Bay
Many visitors from overseas arrive in Vietnam at Hanoi’s International Airport. Hanoi is the country’s capital and is a great place to start any Vietnam family tour. However, on leaving Hanoi and travelling around 3 hours east, there is a place that impresses everyone who sees it, Halong Bay. There is an extensive coastline, well over 100 kilometres with houses on stilts in fishing villages dotted throughout. There are limestone islands rising out of the water, almost all uninhabited. A cruise in Halong Bay, preferably including a night or two on board a boat, moving between the islands is a magical experience.

Bai Tu Long Bay
One of the attractions of Bai Tu Long Bay is that as yet, it lies fairly undiscovered; there are none of the crowds that you will meet in Halong Bay, yet there are beautiful beaches, many islands and in some ways, it is more unspoilt than its neighbour. There are caves to explore, fishing villages and if you want to go kayaking you may find far fewer people in the water than in Halong. There is dense forest on the larger islands, explorers most welcome.

Van Don Island
Van Don Island is in fact a large island and many, many small ones. The total area is around 550 square kilometres; only 20 of 600 are inhabited. There is plenty of caves to explore and much of the territory is forested. The total population exceeds 40,000 with many dependent on the sea for their livelihoods.

Quan Lan Island
This island is one of the most distant islands from the mainland. The trip in a speedboat takes 90 minutes. The highlights are the beaches, Minh Chau in the north, Quang Lan which is likely to be deserted in the off-season and Son Hao that is likely to be quiet at any time.

Co To Island
This island is also fairly remote with Van Chay Beach its highlight.There is a military presence so overseas visitors should check on access and permission only to be sent back after a long boat trip. If you get a permit to allow you to stay, you will love the sunrise and sunset.

Yen Tu Pagoda
This religious site has 11 pagodas and each year, thousands of Buddhists arrive to celebrate the Yen Tu Festival. The importance of Yen Tu Mountain and the pagodas dates back to the Tran Dynasty during the 13th and 14th Centuries. It is 110 km from Hanoi and 60 km from Halong City. Dong Pagoda, at over 1,000 metres on the Mountain is the highest but you can expect to climb plenty of steps if you want to fully explore the site.

Ba Vang Pagoda
This pagoda was built on Thanh Dang Mountain near Uong Bi City. It originates in the 13th Century and the Tran Dynasty and has undergone restoration several times since. War has caused problems here over the years but there are still some lovely carvings and sculptures to see.

Mong Cai
This city sits on the border with China which has made it an important trading city. It has some large markets that tourists are certain to enjoy. It is coastal and Tra Co Beach is a great place to relax while the availability of accommodation, including a couple of 5-star hotels has increased the number of visitors to Mong Cai. 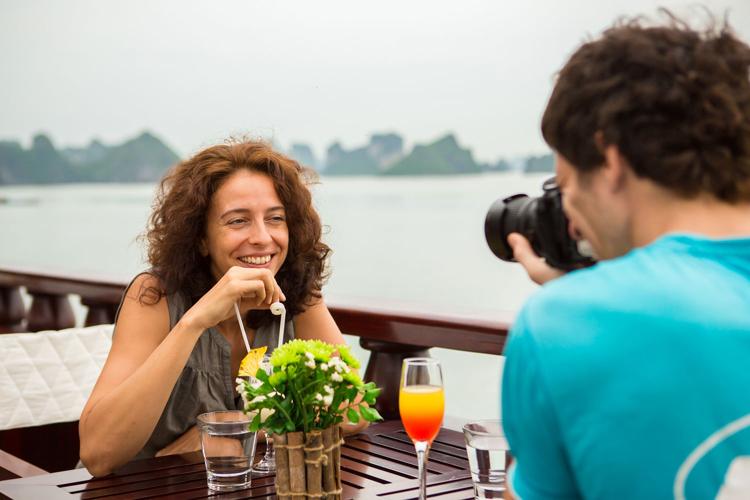 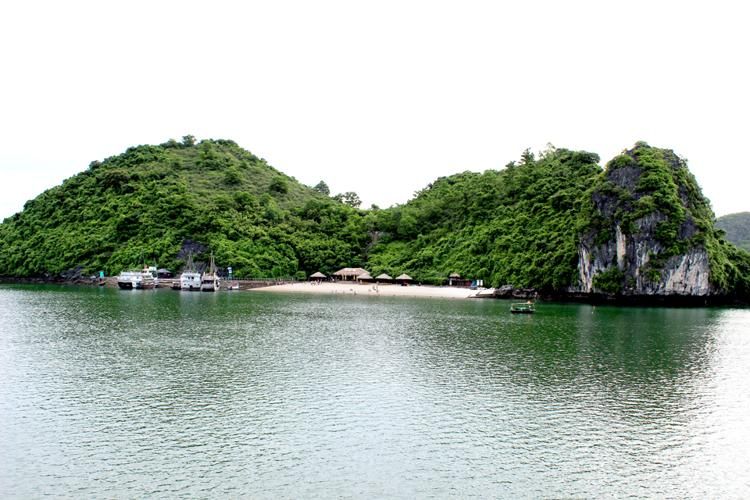