Hanoi is Vietnam's beautiful capital city with plenty of things to see and do that are located within a short distance of one another. A well planning itinerary gives a wonderful opportunity to see many of the attractions within a short stay that blends the beauty of old and new.

Let's take a look at a few of the most captivating attractions to see and experience in Hanoi:

Hoan Kiem Lake
Hoan Kiem Lake (also known as Turtle Lake) is a very popular place to relax for both foreigners and locals. The lake is seen as the historical centre of Hanoi. At the centre of the lake is the striking Ngoc Son Temple on Jade Island, which is reached via a graceful red-painted Morning Sunlight Bridge. The lake and its surrounding scenery make a great place for capturing a few photographic memories.

Hanoi's Old Quarter
A visit to Hanoi's Old Quarter is a must-do experience on the Vietnam family holiday. This is an ancient and a livery area of the city that is packed with plenty of fascinating examples of colonial-era architecture among the many maze-like and narrow streets. This is a wonderful place to indulge in traditional Vietnamese cuisine with plenty of cafes and restaurants, as well as being a great spot for shopping. The Old Quarter is worth visiting simply because it is located at the centre of many of the attractions in Hanoi, from its street market to the water puppet show and its temples.

Temple of Literature
The Temple of Literature is the nation's first university and includes a pleasant temple complex that includes the Imperial Academy. It was built in 1070 and served as a place of learning that was dedicated to Confucius, who was a Chinese scholar, politician, teacher and editor. Today, the Temple of Literature is visited by calligraphists who write good will messages in Han characters at the time of the local New Year celebrations. The layout of the temple is based on Confucius’ birthplace with an intention to replicate with its various temples, five courtyards, extra structures, and vast grounds. Also, worth seeing on a tour of the temple grounds is the series of Stelae of Doctors which consists of 100+ carved stone turtles that are left to honour those that passed the royal exams.

Hoa Lo Prison
Originally built at the time of the French occupation in the 1880s, Hoa Lo Prison was first used to house local Vietnamese political prisoners and more recently it held prisoners of war throughout the Vietnam War. In its time the prison held several well-known figures such as Bud Day, James Stockdale and Senator John McCain. A large part of the prison has since been pulled down, but what is remaining has been transformed into a museum which has become a very popular place to visit on the package holidays to Vietnam. 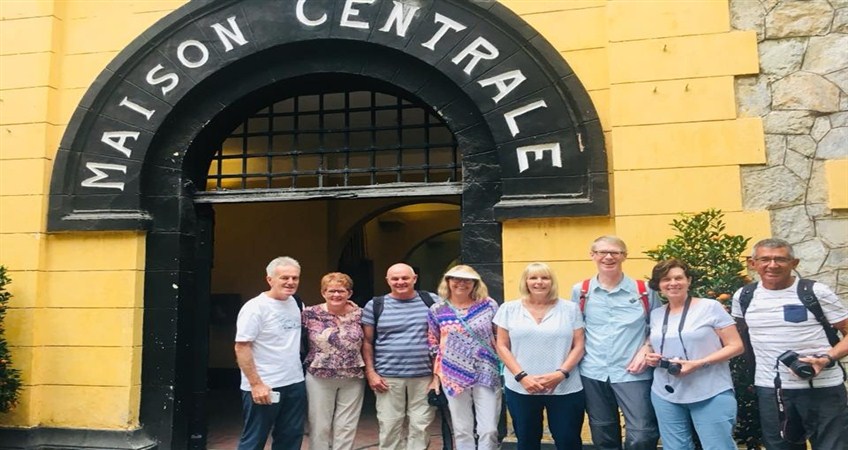 Museum of Ethnology
The Vietnam Museum of Ethnology aims to showcase the 54 officially recognised ethnic groups living in the country. A tour of the museum makes it easier to learn and understand the ethnic history of Vietnam. The elegant displays on offer include a combination of historic artefacts, everyday objects, and art to really highlight the differences with the many unique cultures. 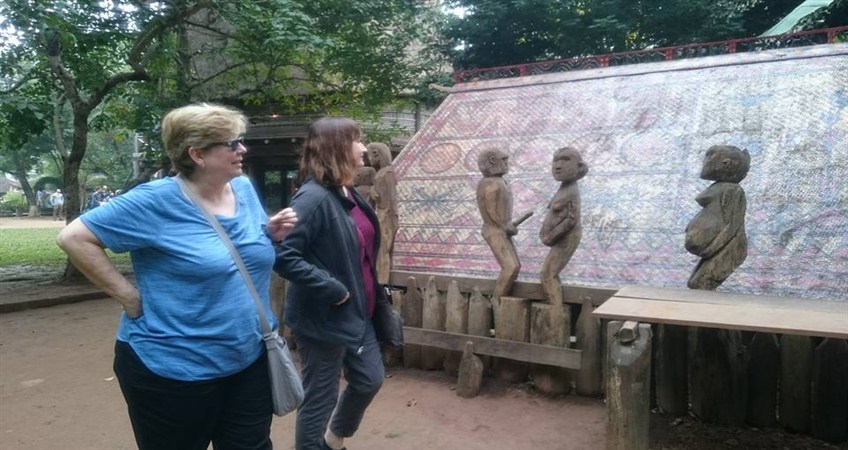 Ho Chi Minh Mausoleum
The Ho Chi Minh Mausoleum is the resting place of one of Vietnam's most important leaders.  In the mausoleum, the body of Ho Chi Minh is preserved and on display in a plexiglass case which gives visitors the option to pay their respects. The mausoleum is located in the place he gave his speech on independence in 1945. The actual building is quite blocky with tall pillars and moulded in a similar style to Lenin’s crypt in Moscow. A visit to the mausoleum must be made with respect and necessary to behave and wear the proper dress, which includes long pants and sleeves.

Thang Long Water Puppet Theatre
The Thang Long Water Puppet Theatre is the place to visit on the Vietnam luxury tours for travellers looking to appreciate the ancient art form of water puppetry. This attraction in Hanoi is very popular which mean it is necessary to book tickets early to avoid disappointment. A typical show has the puppet masters controlling their figures which dance elegantly and tell stories related to local myths and legends, such as the golden turtle and the emperor. In addition to the action of the simply carved puppets there are musicians that help with narrating the story and often interact with the puppets to create the more enticing atmosphere.

Hanoi's West Lake
Hanoi's West Lake is a favourite place to visit for both local residents and tourists. This large urban lake is in close proximity to many of the high-end homes in the area and has plenty of luxury shops, restaurants, and hotels nearby. It also has the oldest pagoda (dating to the 6th century) in the city and one of Hanoi’s four sacred temples. The old pagoda is located in the centre of the lake. It is well worth a trip during a stay in Hanoi with activities like shopping, sightseeing and boating common in the local area. 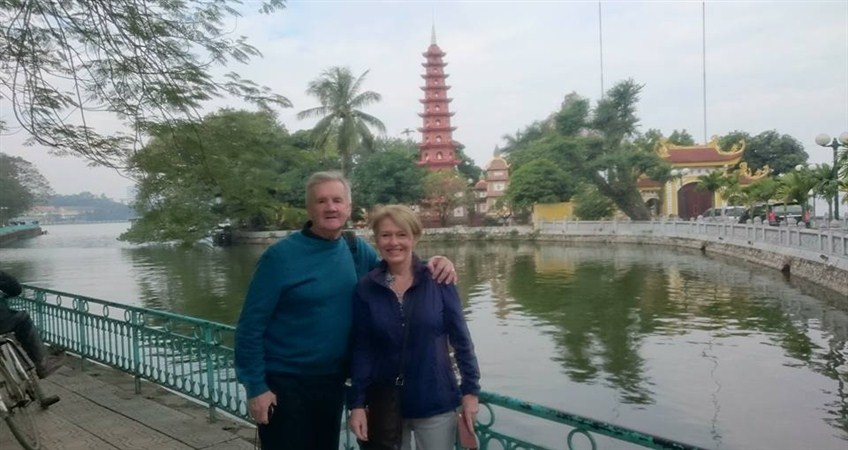 Hanoi Opera House
Originally built in 1911, the Hanoi Opera House is one of the city's most striking buildings. It is still an active place to appreciate local dance performances and opera. The inspiration for the design was taken from the Paris Opera House and its all-round intricate design is that much more appealing in the evening when the floodlights are switched on. Dong Xuan Market
For the tourists on the family tours in Vietnam that love to shop, a visit to the Dong Xuan Market is certain to appeal. This is the largest of Hanoi's markets and stands at four storeys tall. It is packed with a varied range of goods from food to electronic items and apparel. In addition to having a wonderful shopping experience it also gives a perfect opportunity to interact with the locals. This is a popular market for tourists, so prices can be a little inflated, which means it is possible to practice your bargaining skills.