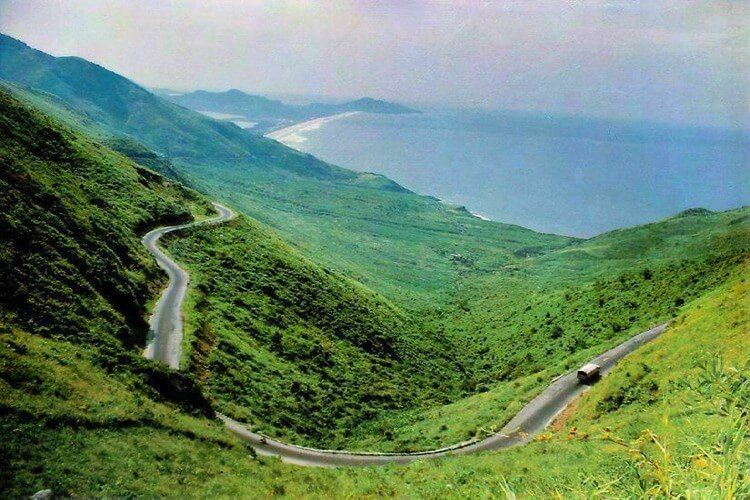 Dien Bien Phu  is located in Muong Thanh Valley which is approximately 20km long and 6km wide. this city is 35km from the Laos border and  474km to Hanoi. This was a battlefield between the Viet Minh Army and French Army in 1954. The result was the French in Indochina was cut and Viet Nam was divided into two parts: North and South. Nowadays, Dien Bien Phu became one of the tourist attraction sites for many local and international tourists.

The major attraction is the battlefield, its associated museum and relicts, and more recently, the largest statue in Vietnam erected to commemorate the 2004 anniversary. It is noticeable that for the adventurous visitor, this is an attractive center for majestic scenery and an access point for encounters with wide variety of ethnic minority groups that have hardly been touched by tourism.

The battle development in summary

At 5 p.m, March 13, 1954, we opened fire,  starting the Dien Bien Phu campaign. The fight took place fiercely right at the beginning and it was divided into three stages. The first stage (from March 13 to March 17, 1954): We held the  Him Lam, Doc Lap, Ban Keo strongholds. They was strong defense obstructing the access from Tuan Giao and Lai Chau into Dien Bien Phu. The second stage (from March 30 to April 30, 1954): We attacked the strongholds in the east of the central quarter. The fight took place vigorously. We had to fight for a single piece of land. The third stage (from May 1 to May 7, 1954): We won the rest positions in the east and wiped out the whole Dien Bien Phu stronghold. At 5 p.m, May 7, 1954, the French General de Castries and his staff of officers at this stronghold were captured alive and it was the time when the flag "Quyet chien quyet thang" (determined to fight and win) was flown from the top of the commanding bunker of the enemy. At the end of the campaign, we killed and captured 16,200 enemies, shot at 62 planes and confiscated all weapons of the enemy. The Dien Bien Phu historical victory contributed to the success of the resistance war against the French colonists and the liberty of Northern  Vietnam.

The complex of the Dien Bien Phu victory relics

- Him Lam Hill - One of three camps that was defeated right at the beginning of Dien Bien Phu campaign on March 13, 1954.

- Dien Bien Phu Museum – Built in1984 during the year 30th year after Dien Bien Phu Victory. In the end of 2003, it was upgraded and divided by 5 displayed areas. Now there are 274 objects and 122 photos due to each subject to describe about the Dien Bien Phu campaign and Dien Bien Phu of the present.

- The Command of Dien Bien Phu Campaign (Muong Phang) – Located in a primitive forest in Muong Phang commune of Dien Bien district. It is about 25 km from Dien Bien Phu city towards the east. There are many historical relics here such as the commanding bunker of General Commander-in-chief Vo Nguyen Giap and Hoang Van Thai, the working house of the command, etc.

- Hoang Cong Chat Temple - Built in the centre of the Ban Phu Citadel (Chieng Le Citedal) to worship Hoang descent line and 6 leaders of the insurgent army. It is an important cultural and historical relic in the local to worship the great devotion of Hoang Cong Chat general, a farmer hero, who was born in Thai Binh province, in the resistance war to protect Muong Thanh (Muong Then) from the occupation of Phe enemy. Besides, the temple is also a worshipping place of the local people on the full-moon day, the New Year festival, especially in the traditional festival on the 24 - 25 of the second month of every lunar year.

- Pa Khoang Lake - Locates in Muong Phang commune, Dien Bien district. Its position is very convenient, near the road 279, about 20 km from Dien Bien Phu city, linking Dien Bien Phu city with Muong Phang historical and cultural forest where the relics of the Command of Dien Bien Phu campaign remains. The lake is lying in the centre of ranges of mountains, in a place of beautiful natural sceneries. In spring, mist covers the mountains and small houses which create a mysterious picture. In summer, the weather is quite nice with blows of cool wind. Visitors can enjoy the natural beauty in the distance or row a boat for sight-seeing. All makes a peaceful and romantic picture that is attractive to visitors and tourists. In the lake region, there are the villages of Thai and Kho Mu ethnic groups who still follow traditional customs and habits of ethnic groups in the North West of Vietnam.

- Pha Din Pass – Located 1,000m above sea level. Pha Din means the earth and the sky in the language of the Thai ethnic group. The pass is full of twists and turns, one side is a upright cliff and the other is a deep gulf. Therefore, visitors will have a chance to enjoy the natural landscape in the north-west area.

- Tham Pua Cave - Located in Bung Lao commune, Tuan Giao district. It is an ancient cave, deep and wide, about 1,000 meters high with many narrow paths. Coming here, visitors have chance to see in their own eyes a number of stalactites in various shapes which look like such animals as dragons, phoenix, lions, elephants, and beautiful orchids. The local people have found out many historical remains such as axe, stone pestle, and fossil bones. Tham Pua Cave is also the first Commanding Unit of The Dien Bien Phu campaign. It is the place where the decisive meeting for the Dien Bien Phu campaign was held on January 14, 1954. 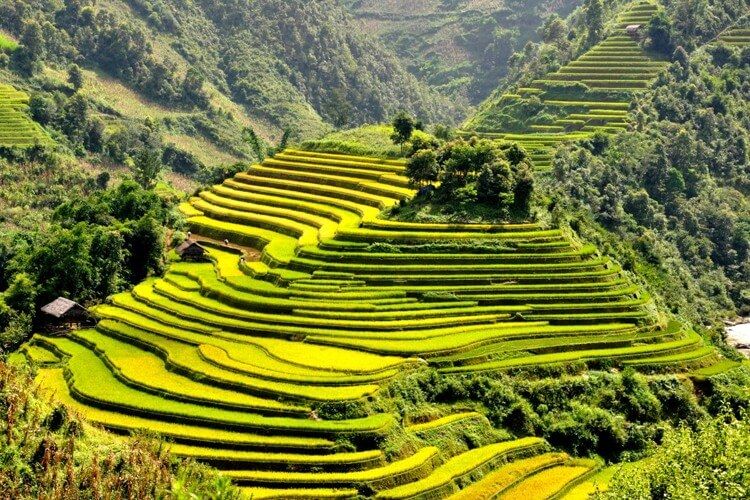 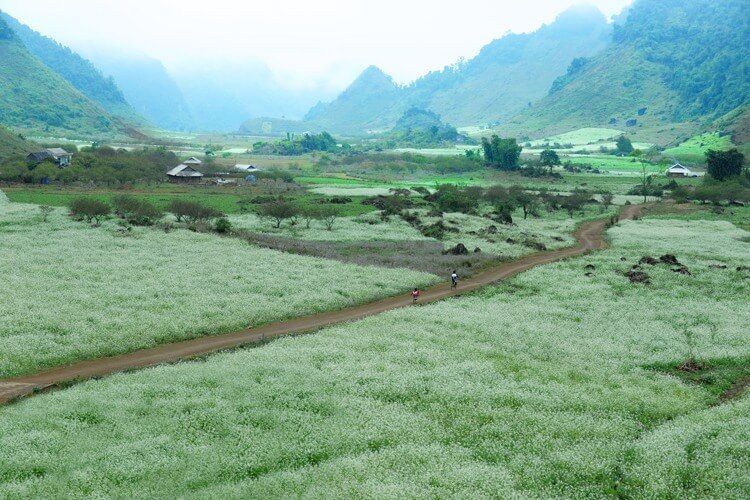 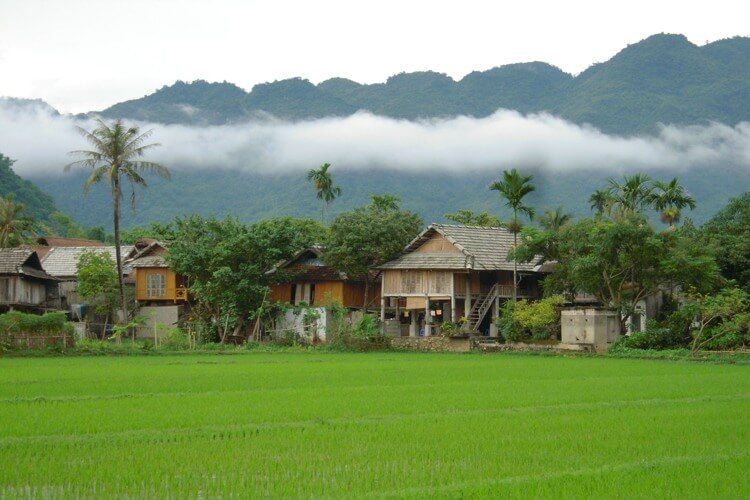