Vietnamese cuisine has started to establish itself far beyond its borders as several other Asian cuisines have already done. It deserves its place amongst the best, subtle and light in flavour, usually boiled or steamed rather than fried, with good use of herbs and seasoning. Quite naturally there are regional variations. If you are in the south on Vietnam tour packages you will get a hint of India and Thailand while the French introduced bread, coffee and ice cream to their wide range of main dishes. China had its greatest impact in the north.

Green tea is actually the national drink though there is good local beer, spirits, wine and rice wine. Vietnam private tours are a delight when it comes to food and there is no problem at all sampling it from street vendors as you enjoy your Vietnam family vacation. Their turnover guarantees that everything is fresh and it is certainly much cheaper than eating in a restaurant. Tourists on Vietnam holidays may have most of their meals organised for them but leave some space to sample what the street can offer.

Streets
Vendors will advertise what they are cooking. They may each just cook a single dish but have plenty of things to add as extras, ranging from rice to tomatoes and pickles. If a vendor is busy that is a sign that his or her food is good.

Restaurants
A Vietnam tour operator arranging Vietnam holidays is likely to have made local arrangements for clients. It means you can expect good quality as well as variety. There are western-style restaurants but why would you travel to Vietnam for a burger?

Rice, with noodles a common alternative, appears with most meals, accompanied with meat or fish, usually soup then green tea. Lemon grass, shallots and coriander are common with ginger, saffron, coconut milk and anise certain to be in every kitchen.

Fish sauce has a smell that those on Vietnam tours may not find especially attractive but it is an essential part of Vietnamese cuisine; it is formed by fermentation over many months and offers salty-sweetness that diners soon get used to tasting.

In the North where Chinese influence is stronger monosodium glutamate is widely used though there are places that advertise the fact that they don’t use it in their cooking.

•    Soups, noodles and spring rolls are everywhere. Soup is a common dish for breakfast and the variety is amazing. Beef is fairly common everywhere though pork and seafood, especially in coastal areas regularly appear on menus. Sometimes a raw egg is put in and it will cook in the hot soup.

•    Fish and meat are part of the main meal. In the south fish stew in a clay pot is certainly worth a try. Snake may not be to everyone’s liking and there is no need to try it if you don’t want to.
•    The range of vegetables is truly astonishing. They are tropical and temperate, certainly seasonal. Onions, tomatoes, bean sprouts, mushrooms and peppers all appear regularly and vegetarian cuisine is available, but so many things start with a meat stock so if you want to be certain you must ask.

•    Snacks available in the streets include crackers with sesame seeds. Steamed dumplings and pancakes filled with shrimp, pork or bean sprouts will fill any gap between meals.

•    Fruits are equally impressive. Perhaps the durian is the one worth mentioning; its odour borders on foul but it is of a buttery consistency that tastes far better than it smells; it could hardly not do so!

•    Desserts are not really important within Vietnamese cuisine. Restaurants will always offer ice cream and fruit though the influence of the French has resulted in cakes and pastries mainly in tourist areas.

Drinks
The French introduced coffee but green tea is still the national drink. It is not advisable to drink tap water nor drinks that are chilled with ice. Bottled water and soft drinks are widely available.
The local beer is fairly good, and inexpensive. Local rice wine should be sampled but in moderation while conventional wines and spirits are increasingly available on a wider geographical basis as tourists visit all parts of the country.

Read more:
The top 10 best dishes to eat on your Vietnam tour!
10 Horrible Dishes to Try in Vietnam
10 exotic foods to try in Vietnam
How to make traditional Vietnamese food on your vacation 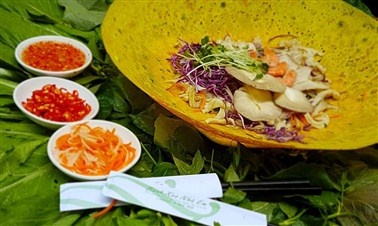 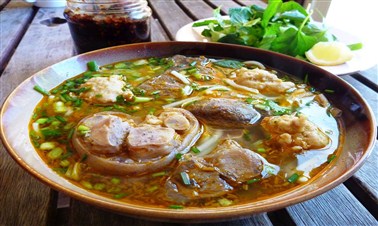 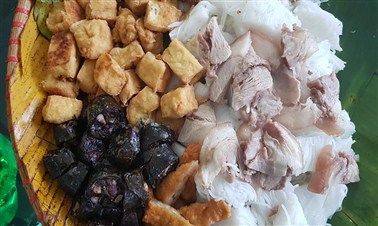 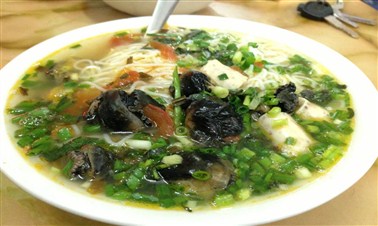 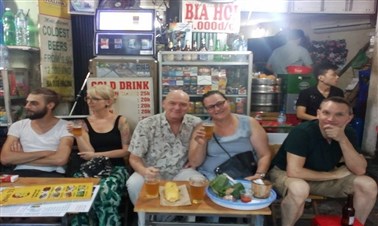 Eating and Drinking during your Vietnam travel 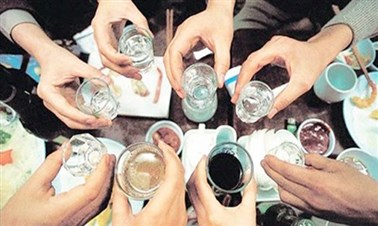 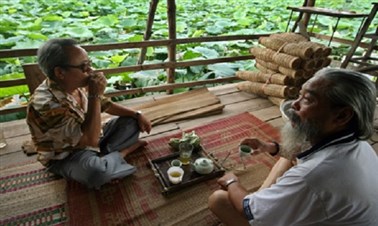 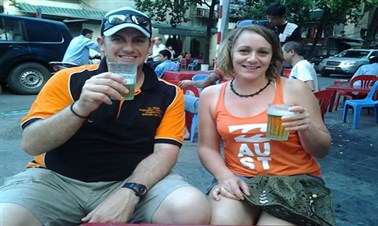 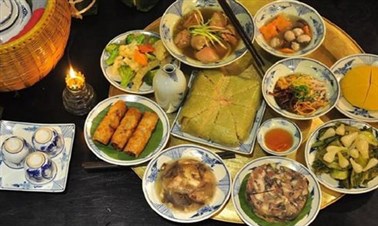 Cao Lau in Hoi An 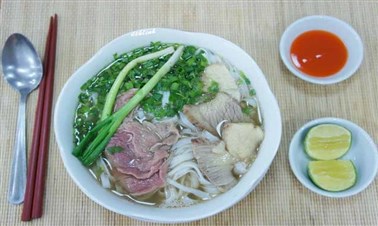 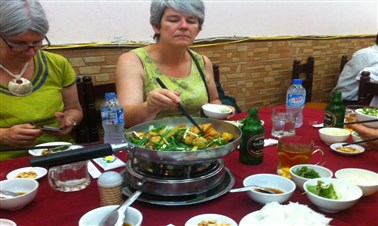