The Vietnam War was one of the most important events of the second half of the 20th Century. It defined the role of the USA in Asia as it was forced to admit defeat after years of struggle. This was not traditional warfare. Those interested in military history can see where infantry engaged during the First and Second World Wars in Europe or the Zulu Wars in Southern Africa. Guerrilla warfare is somewhat different but that does not mean that there are not some extremely interesting sites that tourists can visit during a Vietnam tour package. After the War ended, Vietnam became a unified country with Hanoi in the North its capital. It is an excellent starting point for a Vietnam holiday and those interested in the War and its aftermath can include a number of interesting places during their time in the Country.

Hanoi was Ho Chi Minh’s capital and his Mausoleum in the City is one of several places of interest before heading off to visit some places where the War was closer to home.

•    The Demilitarised Zone (DMZ) was ‘’no man’s land’’ at the 17th parallel near the ancient Imperial Capital of Hue. Ironically, demilitarised was the last thing it was. Within the area there are a number of interesting things to see

•    The Vinh Moc Tunnels show just how skilled the Vietnamese were at engineering. They were shelter and home to the locals wanting to avoid the US Bombers. This was school, hospital and the means of getting around without being seen by the enemy.

•    The Ho Chi Minh Trail was the north-south overland supply route where heavy supplies were moved. There is a section in the north of the Central Highlands well worth a visit.

•    Khe Sanh was the place where the most soldiers died at a single site. There was a 75-day siege with the USA and South protecting a base, but meanwhile the Viet Cong were preparing for offensives elsewhere. It cost them 10,000 lives however. There is a small museum as well as wrecks of airplanes and helicopters, artillery and a large gun.

•    China Beach (My Khe) near Danang is a place now included in many Vietnam family vacations because the beach is lovely. It was a popular place for US Soldiers to relax during their leave. The first troops actually flew into Danang, but not everything they saw was as beautiful as My Khe. 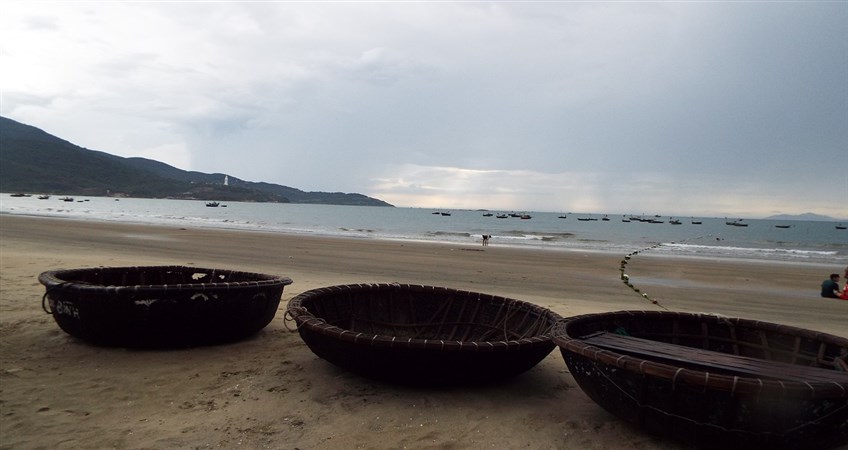 •    Hue Citadel was the site of a 3-week battle in 1968. The US finally retook it from the North Vietnamese. It is a UNESCO World Heritage Site regularly included in Vietnam tours.

•    The Cu Chi Tunnels are a popular day trip north of Ho Chi Minh City. They provided shelter to the Viet Cong, means of communication and a place to live their everyday lives. Some sections of the 250 kilometres have been enlarged to provide tourist access and try to give them the impression of what it must have been like during the War. Remember that generally the Vietnamese are not as ‘’large’’ as many westerners.

•    My Lai, close to Quang Trung in South Central Vietnam is a sad place and should deter everyone from war and its atrocities. In 1968, US Soldiers massacred up to 500 locals, seemingly completely innocent, whom the soldiers suspected to be Viet Cong and sympathisers. There were no Viet Cong there yet the troops had been ordered to destroy all the small villages. It came to light in 1970, and the commander was imprisoned though he ultimately served just 4 years in prison.