Language: Sedang language belongs to the Mon-Khmer language family (Austroasitatic language family). Their language is very similar to Hre, Bahnar and Gie-Trieng languages. There are some different vocabularies among groups. The Sedang use the Latin alphabet for their writing system.
History: The Sedang are long time inhabitants around the area of Truong Son – Tay Nguyen central highlands regions in Quang Nam, Quang Ngai provinces.

Economic activities: A faction of the Sedang practice wet-rice cultivation. Their cultivation technique is not all that well-developed. They work the fields by herding water buffaloes into it, so that the buffalo’s hooves work the soil. They use hoes, which are made from wood (steel ones are used now). The majority of Sedang work on terraced fields, using the same techniques and tools as other ethnic groups in the region. They use the axe and machete to cut down trees, and then burn them. To plant seedlings, a hole in the ground is made using a pointed digging stick with an iron tip. To weed, the Sedang use little hoes made from tree branches. At harvest, the Sedang pluck the ears of rice off with their hands. In addition to rice, the Sedang also plant millet, corn, cassava, pumpkin, tobacco, melon, pineapple, banana, sugar cane, etc. traditional domestic animals are water buffaloes, goats, pigs, dogs, and chickens. Fruit picking, hunting and fishing are also play an important role in their economy. Among the Sedang, weaving appears in many regions. Hammerings is highly developed within the To Dra group. They know how to transform one into iron for hammering. In some places, the Sedang are gold-washers. Bamboo is also developed to produce household furniture. Although barrier trade was commonly practiced, nowadays, the Sedang use money for most of their transactions.

Diet: The Sedang eat rice and sticky rice with chili salt and food hunted or gathered in the forest. Only when worshipping do the Sedang eat meat and poultry. Popular foods included soup cooked with vegetables or bamboo shoot mixed with fish and meat, snails, and grilled foods. The Sedang drink fresh water (many boiled water nowadays), and wine. There is a special wine made from millet which is much better then from rice or cassava.
In some places, the Sedang have the custom of eating betel nut. Men and women both smoke tobacco into powder and chew it instead of smoking it.
Clothing: Men wear loin cloths. Women wear skirts and blouses. When it is cold, they wrap themselves in blankets. In the ancient past, many of the Sedang wore clothes made from bark. Today, Sedang men wear clothes in a style similar to the Viet, and women wear shirts and skirts made from ready made materials. Sedang traditional textiles are either white or lack, with only a little black, white or red decoration.

Lifestyle: The Sedang live in Kon Tum province, Tra My and Phuoc Son district of Quang Nam province, and Son Tay district of Quang Ngai province. The largest population of Sedang is around the Ngoc Linh Mountain. They live in stilt houses. In the past, the Sedang households used to live together in a longhouse, but now there is a greater tendency to split into small family units. The location of houses differs among groups; in some groups, private houses are clustered around a communal house. Building techniques rely on the use of columns, and fiber lashings hold the various architectural elements together. There are two rows of columns in each house.

Transportation: The Sedang use carrying baskets those vary in form and technique. Some are thickly woven, others are of thin weave. Some baskets have lids, others do not; some are decorated. Men have their own three-compartment baskets (some in the form of a snail, others resembling bat wings) which they carry on the shoulder to transport just about everything.

Social organization: Each village is self-ruled, with the eldest man as its leader. The village’s territory is communal, and every individual has the right to own land. Even though there has long been a distinction between rich and poor, there has not been a practice for the former exploiting the later. In the past, there was servitude, but servants were not badly treated. A sense of community is highly regarded.

Marriage: This custom is a bit different in each region. However, it is a popular Sedang custom that after the wedding, the couple rotates the residence every couple of years so that they can live with both set of parents. The couple will live permanently in one place only after both sets of parents are deceased. In the wedding, the groom and bride chicken thighs, wine, and food which symbolize the connection between the two. Marriage is not commercialized.

Funerals: Everyone in the village comes to offer their condolences, and to help with the funeral. The coffin is made from unpolished wood. People are normally buried in the village cemetery. Sedang funeral customs aren’t completely analogous to those of other ethnic groups in the region: the ceremony to abandon the tomb, characteristic of the Bahnar and Giarai, does not exist everywhere. The custom of chia cua (conservation of property like the clothing, personal objects, farming tools and household utensils, etc.) for the deceased is widespread.

Beliefs: The Sedang believe in supernatural powers. Gods and ghosts are called Kiak (Kia), or “Ong”, “ba”, some places call them Yang. Important gods are Lighting God, the Sun God, Mountain God, Rice God, and Water God. The water God is in the image of a serpent, or a big eel, or a pig with a white nose. The Sedang Rice God is in the image of an ugly, old but kind woman, who later becomes frog. There are many rituals offered to supernatural powers to pray for good harvest, for peace, and to send away bad lack.

Festivals: The most important festivals are the rituals to the Water God on the yearly occasion of repairing water pipes. There are other rituals held at the beginning of each crop season, while seeding, in the middle of the crop season, when harvesting, when there is someone sick, when building a new house, when children are grown up, etc. There are many communal religious festivals such as the offering sacrifices to the Water God and the buffalo sacrifice held by a family or a village. Traditional holidays happen at different times in different villages and families, but they usually occur in January and lasts for 3 to 4 days.

Calendar: There are 10 months in the Sedang calendar connected to the agricultural cycle. There is a rest after the harvest to wait for a new crop. Each month has 30 days. Each day is divided into specific moments and called different names. There are good days and bad days. For examples, the last day of a month is good for planting corn; if the Sedang chop down bamboo at this time, it is said that they can use it for a long time and it won’t spoilt.

Artistic activities: The Sedang have many kinds of musical instruments (two-stringed Chinese violin, flute, pipe, drum, gong, horn, etc.). Some are for daily use; some are for festival use only. Instruments and melodies are different among groups. Popular types of music are: call and response or alternating verse of young couples, songs of grown-ups, lullabies. The Sedang perform dances in some festivals; there are specific dances foe men, women, and both together. Sedang folktales are rich and distinctive. 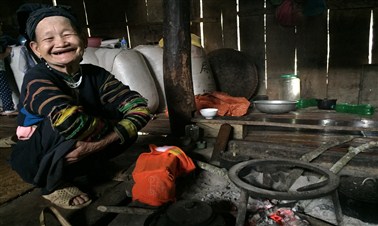 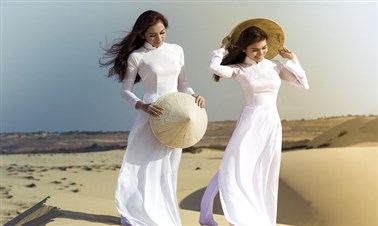 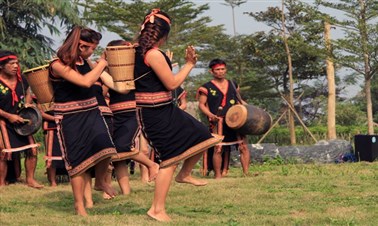 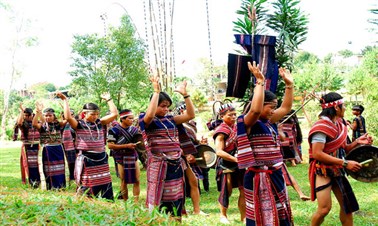 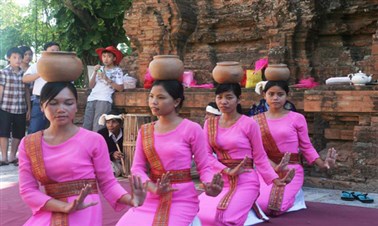 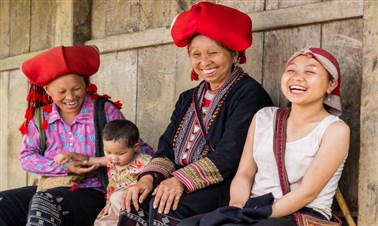 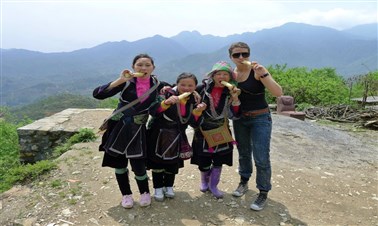 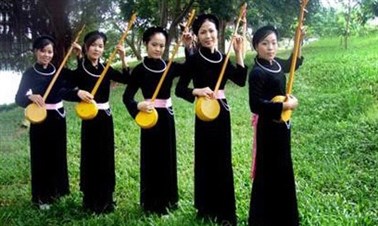