Ever wondered what it would feel like, kayaking, food tasting and sightseeing in one of the best places in Northeast Vietnam?

The feeling would be absolutely relaxing and overwhelming, as the Northeastern part of Vietnam is situated to the North of the Red river encompassing the provinces of Hanoi showcasing the best of places to visit.

Taking into consideration the time of the year to visit Northeast Vietnam, this would be around (March - April) and most importantly (August - November).

Needless to say, the climate in the majority of the provinces in August are warmer and rainfall is lighter, while( March and April) have the lowest rainfall and the temperatures are quite enjoyable.

Out of the numerous provinces in the Northeastern part of Vietnam, we have streamlined the best places to

● Ha Giang
Ha Giang is one of the many provinces located in the Northeastern part of Vietnam and has been streamlined as one of the best places to quench your thirst for tourism and adventure.

It shows off an amazing span of karst plateau, Steep hills and a beautifully diverse ethnicity. It is situated around Cao Bang, Tuyen Quang, Lao Cai and Yen Bai, sharing a long border with southern China

Its climate is characterized with two seasons, dry and rainy season which is totally dependent on the altitude changes.

Ha Giang can be visited at anytime, but the best time of the year to visit are (March - May) and (September - November ), as the temperatures are the most appealing.

It’s been observed that it snows In the mountains of Han Giang, when the temperature falls from December into February, leaving October and November as the best time for tourists too flood-in.

You can start exploring by renting a car or a motorbike, as there are lots of motor bike rental services, especially if you intend to document a lot about Han Giang.

Sadly, Touring  Ha Giang requires you have a permit, especially if you are traveling on the road from Tam Son to Dong Van and Meo Vac.

● Ba Be Lake
Ba Be Lake, which is also commonly known as Ba Be National Park. It’s situated in Bac Can Province 240 KM from Hanoi, showcasing  on 23,000 hectares of seamless waterfalls, rivers, lakes, caves and valleys positioned within meandering peaks.

Ba be prides in many ethnic minorities, in which the Lake itself is formed from the confluence of three other lakes creating an exquisite wonder of nature.

The lake gives an amazing experience for boat cruise, as the surface is always calm, Asides from the lake, the properly constructed road from Hanoi makes your trip even more relaxing  with its spectacular scenery while driving.

However, the Ba be National Park is home to Puong Cave and Dau Dang Waterfall and also minority villages. Moving farther into the North of Ba be is Cao Bang, a remote village where you can enjoy the beauty of ethnic diversity at its finest.

Ba Be National Park is filled with so many activities which makes it impossible to not have fun, you can get acquainted with the area by;

● Trekking and Hiking
This gives you the opportunity to explore the Karst region, largely blessed with unique vegetation, fields in the deeper slope of Na Nghe mountains; home to various species of plants and animals.

● Kayaking
This is particularly the best way to enjoy the length and breadth of Lake Ba Be at it's finest.  As padding through takes you on a mind-blowing trip to one of nature's older caves, a closer view of the karst region, and most importantly, it's an eco-friendly means of traveling, thereby preserving the lake in its natural state.

Safety Tip:
It is important to have your life jacket on while kayaking with a proper swimsuit or a T-shirt and shorts.

● Local Food Tasting
Food tasting in Ba be is something you do not want to miss out on. Delicacies from this region are quite mouth watering, ranging from the boiled chayote cooked with sesame (literally pig carried under the arm), Barbecued Fish and Meat and varieties of dumplings, bamboo rice, noodles and egg.

Ba Be Lake is definitely a must-visit for you in Northeast Vietnam. The experience of a thousand miles, journeying to have a taste of it's culturally enthralling, serene environment and a ton of adventurous activities, would undoubtedly create a pleasant memory worth remembering. 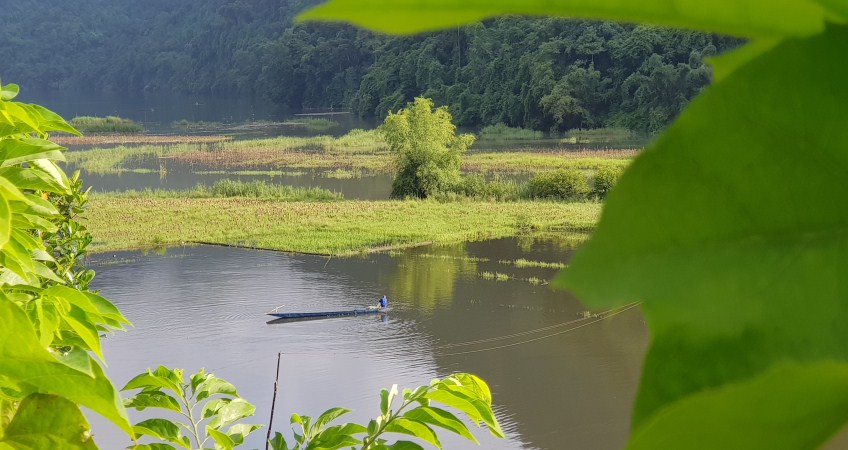 The Ban Gioc Waterfalls is located in Cao Bang province, 350km from Hanoi and it's one of the Biggest Waterfalls asides from Niagara Fall Iguazu and Victoria. Ban Gioc houses man ethnic minorities, which includes the Nung, Dzao and H'mong ethnic groups.

The Falls is located on the  Quay Son rand, having a width of over 300km. Ban Gioc Waterfall
borders Vietnam and China on the river.

The most fascinating part of the Fall is, one part falls in China while the other falls in Vietnam, in which, this wonder of nature is most impressive within the months of May till September.

The Ban Gioc Falls is home to the Nguom Ngao Cave, which displays mesmerizing patterns, also the pathway into the cave consist of beguiling limestone hills which makes up Cao Bang province.

If you ever find yourself wanting to go on a vacation or a scenic getaway trip, Han Gioc, Ba Be Lake and Ban Gioc WaterFalls are the best places to visit in Northeastern Vietnam. 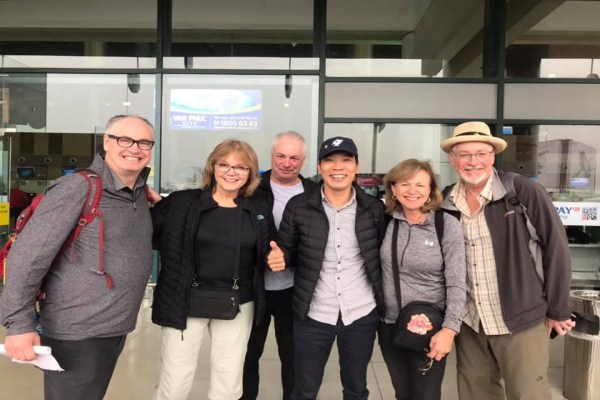 Simple Ways to Choose What to Wear for a Tour

How to Maintain Fitness during your Vietnam Tour

Amazing Tips to Cope with the Winter Weather in Vietnam