Exploring the Central Coastline of Vietnam

The narrowest bit of Vietnam has an astonishing amount of things to see and do. A great way to explore this South East Asian country is by travelling to the lesser-explored cities and towns that aren’t so impacted by the demands of tourism. A trip on the 2 week tour in Vietnam that follows the central coastline is certain to give complete cultural immersion and unique experiences like no other destination.https://allweednews.com

The climate in central Vietnam is quite complicated because it creates a transitional zone between the north and south. The rainy season in Hue and Danang runs from September-February with the highest concentration of rain falling September-December. This can have a negative impact on the rail and road links. An area like Hue is particularly impacted; the climate can even cause issues in the dry season from March-August when there is a high risk of torrential downpours. A favoured time to travel to the central coastline on the Vietnam tour packages is spring (February-May). This is before the humidity and temperatures start to arrive at their maximum high (30° C or more) or before rainfalls starts to become noticed.

Exploring Vietnam along its central coastline

Hue
The ancient city of Hue is one of the important religious, educational and cultural centres of Vietnam. Hue has nearly 300 cultural and architectural citadels, mausoleums, monuments and military installations. The finest places to explore include the mysterious Forbidden Purple City, the well-known Museum of Emperor Bao, the Thien Mu pagoda and the Tombs of the Emperors. On the pleasant days, a boat cruise at sunset on the Perfume River is certain to appeal. Plus, the delicious fusion cuisine is wonderful to taste in the high-quality restaurants.

Danang
Danang is a major economic centre with the ability to combine the high-end, luxury beach destination in Vietnam with the features of a metropolis. The city has plenty of 5-star hotels and resorts that look out to the South China Sea, as well as untold restaurants serving the traditional delights such as fresh spring rolls and pho. Other more exotic delicacies include shark fin soup, crocodile meat and jellyfish. In addition to the cultural landmarks to visit throughout the day while in Danang, there is also great night-time entertainment with casinos and bars.

When in Danang ask your Vietnam travel agent to organize an excursion to the famed Marble Mountains. The mountains are named after the five natural elements – air, fire, wood, earth and water. A visit to this region gives perfect access to an eerie network of dark grottoes and caves covered with stalactites. Elsewhere in the city is the Han River Bridge which is a well recognized part of the city landscape. Also, in the evening it is possible to join local on the beach to fly bright kites.

Hoi An
Hoi An is about an hour from Da Nang and a beautifully preserved city that is listed as a UNESCO World Heritage Site. This 16th-17th century ancient trading city still has plenty of its original spirit and architecture. The city has over 800 buildings that have historical significance and easily reached from its pedestrian area, and include remnants of military fortifications, pagodas, Cham towers, houses of Chinese trade guilds, and numerous souvenir stores. A great time to discover the city and its narrow streets is when the Moon festival is held on a monthly basis. This is the time that enjoys a romantic hue with plenty of lit Chinese lanterns while the local restaurants serve wonderful seafood dishes. 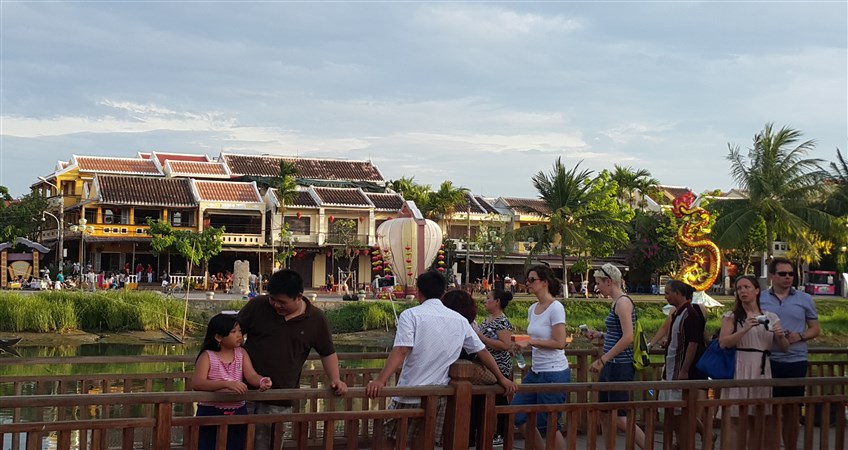 Nha Trang
One of the next cities to visit on the tour along the coast is Nha Trang which is a favourite destination for its local cuisine and sandy beaches. This is a great place to visit on the Indochina travel for the relaxing break with its magnificent beaches protected by the Truong Son Mountains from storms and hurricanes, restaurants specializing in seafood, and several types of accommodation. It is a great place for the first-time or experience divers with the option to sign up of the local diving schools for lessons. Mun Island is rich in exotic sea creatures and a marine reserve area. Other places to explore include the Mushroom Reefs, the Coral Gardens and the Madonna Rock.

Besides the sea-based activities, there is plenty more to see and do in Nha Trang. Visit the 7th century Po Nagar Temple, the nearby waterfalls, relax on Bai Dai or other secluded beaches, make a detour to the Monkey Island, or experience a cable car ride over the sea to the Vinpearl Theme Park.

Mui Ne
Mui Ne has transformed from a small fishing village into a great hangout resort and a main attraction for windsurfers and kite flyers. The region has constant wind and a favourable climate to make it a surfers paradise for both the skilled and beginner traveller. Also, for the complete first timer, there are plenty of surf schools giving group or private lessons.

Other local attractions include the White Sand dunes which are a short distance from the village and a great place to have fun on ATV’s. The mysterious Bien Lac is a stunning lake covered with striking wild lotus flowers and wild orchids. Plus, there is several of the fish sauce producing factories nearby which give a rather different sight, but the smell may not be the most pleasant. With Mui Ne’s close proximity to the sea, the restaurants in the local area are known for serving up the delicious and extremely fresh seafood meals.

Whether it is visiting the temples and pagodas, diving or kite surfing on the pristine sandy beaches, or simply relaxing on a quiet beach vacation, a Vietnam customized tour gives the option to easily combine the rich offerings of landmarks, activities and attractions that fascinate its visitors.

Vietnam tourism to make a miracle 2021 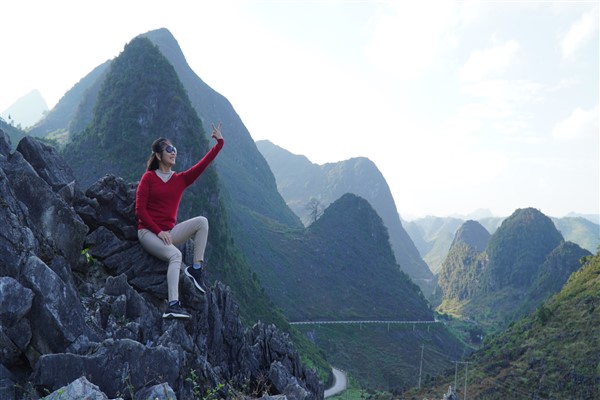 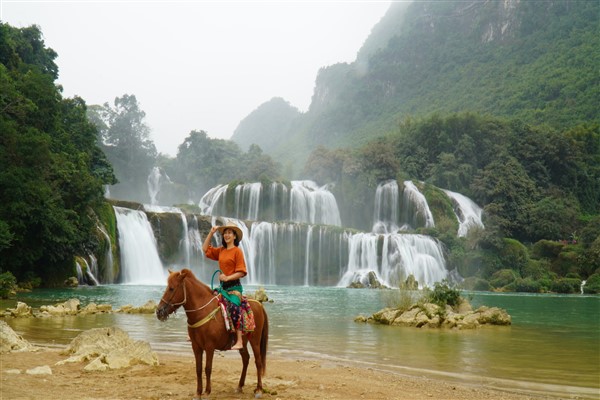 When will Vietnam open for tourists?