Air travel has made the World a relatively small place. Everywhere is readily accessible and people with a whole variety of tastes can enjoy countries that their grandparents would only have seen on film or in magazines. Some seek fine sand and clear blue seas, others want adventure and excitement. More again are after countries steeped in history and culture while cuisine has become an increasingly important factor with friendly locals important as well. There are countries that tick all the boxes; Vietnam is surely one of them and a closer look at the Country will tell you why.

Tourists to Vietnam are more than welcome with many allowed to enter Vietnam visa free. The Country has been steadily rising up the list of popular destinations to explore and there are an increasing number of compelling reasons to visit Vietnam. It is relatively inexpensive as well!

Sun, sea and sand
A South Sea Island or the Caribbean have often been seen a paradise. Much photographed, such islands with white sand a crystal clear seas, blue and cloudless skies were the places of dreams. Everyone’s dreams are still intact but these locations that have been mentioned no longer corner the market. Travellers have discovered more places in the world that offer such things and more. If you visit Vietnam you will see this country with over 3,000 km coastline and thousands of island is one of them.

The famous 2000 film starring Leonardo DiCaprio, ‘’The Beach’’ revealedan idyllic setting that was supposedly secret within the plot of the film. Not only is it no longer secret, there are a host of places on the coastline every bit as good as the one in the film. Travellers on Vietnam tour packages need to decide when to travel if their priority is a beach holiday because there are times when there is likely to be significant rain but what was portrayed in that film is exactly what they will find.

•   Halong Bay in the North is a UNESCO World Heritage site with 100 km of coastline, plenty of islands and little fishing villages dotted along the coastline. The largest of the islands is Cat Ba, golden sand, virgin green forest, rivers, valleys and caves. It is a four hour journey from Hanoi.

•   Nha Trang in Central Vietnam is one of the top resorts. It is also a great place for diving and there is a 3.3 km cable car ride over the water.

•   Phu Quoc, a small island in the south, has a jungle interior and white sand between it and the clear blue sea.

•   The Con Dao Islands have been fairly secluded but they are gradually being discovered. Turtles nest there between June and September; a great time to visit Vietnam, particularly the South.

History and culture
Vietnam’s history is interlinked with the other modern day countries of Indochina; It is one of conflict and colonisation. If you visit Vietnam you cannot help but see the effects of foreign influences on the Country even if you decide against visiting any of its museums. You will also see how important respect is to the Country and it is essential that you understand that. You must dress respectfully and not assume that you are welcome to photograph everything without regard to personal privacy. It is easy to follow some simple rules in order to enjoy tours in Vietnam.

Vietnam was a French colony for many years and that manifests itself in the wide tree-lined boulevards in Hanoi as well as the colonial architecture, often with traditional local buildings mixed in between. For several centuries China dominated Vietnam while Khmer and Indian influences also influenced its development. The arrival of the French added European influence though it was the Nationalists who finally ended the monarchy in 1945.  The War between the North and South, supported by the Americans, resulted in a unified country and things like the Viet Cong’s Cu Chi Tunnels are certainly worth a visit just north of Ho Chi Minh City.

It is Hanoi though that is the highlight historically and culturally. The Lake of the Restored Sword (Hoan Kiem) was so named because legend has it that King Le Loi was given a sword by the Dragon King to repel the Chinese and after victory he returned the sword to the lake. The Old Town is a real gem. There has been little damage over the years and wandering the Old Town’s narrow street is especially atmospheric.

Activity holidays
Tours of Vietnam offer infinite variety. There are pristine forests and mountains far away from the major cities and the coastline. While the fauna can be elusive those wishing to enjoy the natural environment have plenty of places to consider and a host of activities to do.

The mountainous region in the north is a treasure. Sa Pa Terraces reveal how the local farmers still grow their rice and vegetables. The Country’s highest mountain is Fanispan at 3.143 metres. Hikers and climbers have plenty to enjoy. The northeas and northwest of Vietnam offer picturesque landscapes and tourists have their chance to discover the untounched region while the Country’s largest cave is in Central Vietnam in Phong Nha Ke Bang National Park (Son Doong). You can camp perfectly safely and know that there will be a welcoming village even in the most remote of areas.

Da Lat is the best place for canyoning while the coastline offers diving, sky and wind surfing, sailing as well as obviously swimming.

Food
While Chinese and Indian cuisine are the forerunners of Asian cuisine penetrating other parts of the world the food of Vietnam offers great variety. Travel documentaries have brought countries into the front room of many people in the developed world and ‘’Globe Trekker’’ (originally ‘’Lonely Planet’’) covered a host of countries on every continent. When it came to Vietnam it produced two, one on the country itself and another, a Special that focussed on its cuisine.

If you travel to Vietnam you will obviously get to know more about its cuisine. A few things are perhaps not to your taste but there is plenty of enjoy. You may well recognise the influence that Chinese and Indian have had on the food but there are distinctive elements that are purely traditional Vietnamese with regional variations as well.

The specific programme selected several places within the country starting in the Mekong Delta in the South. Inevitably from there it went to nearby Ho Chi Minh City with a visit to a noodle shop. In the centre of the Country there was a chance to sample the old royal cuisine in the ancient capital Hue. The last stop was not Vietnam’s modern day capital Hanoi because the northern mountainous region close to the Chinese border offers an idea of the dishes of the hill tribes. With such an extensive coastline it is no surprise that if you visit Vietnam, seafood is an integral part of the cuisine. Ha Long Bay was the choice of the programme but it could be in many other parts of this land.

Street food is excellent whilst the range of tropical fruit and the great coffee all add to the culinary experience.

The people
Even though Vietnam has suffered at the hands of foreigners over the years they are naturally hospitable and everyone on Vietnam tours will experience that everywhere they go, whether in the cities or in remote rural areas. It is important to understand local custom and that includes the fact that they head is regarded almost as sacred. You should not touch anyone’s head even in fun and with feet being regarded as dirty avoid pointing in anyway with your feet or sit with your feet out towards people in a room. While Vietnam is comfortably the least religious country in South East Asia with less than 20% being Buddhist and a proportion Christian, the people do have traditional beliefs that are important to them. Visit Vietnam and learn them for yourself. Religious freedom reflects the small pockets of people following everything from Roman Catholicism to Islam, Hinduism and Judaism.

Summary
If you decide to visit Vietnam you will not regret it and as you fly home it is likely that you will already be planning another trip because there is so much to see and do. Tours of Vietnam can be tailored to clients’ particular interests. Some people need an adrenalin rush and there are plenty of those to be had. If you aim is merely to relax and learn more about the country then a good tour company that provide that as well. Internal travel is well organised with journeys north to south no problem. Vietnam tours aim to teach clients more about this friendly country that is now seen as among the most stable and safe destinations in the whole of Asia, if not the world.

Vivutravel is highly recommended tour operator in Vietnam since 2006, we are specialist in organising the best Vietnam holiday that you have never had. We understand our land and culture, we know the best places to take you to, we have a great team including experienced travel consultants and tour guides so why not planning your holiday to Vietnam now with Vivutravel?

Should you want to apply for Vietnam visa online, please read: Vietnam Visa Online: What Travellers to Vietnam Need to Know. Need more information about Vietnam, read our Vietnam travel guide and things to do in Vietnam.

When will Vietnam open for tourists? 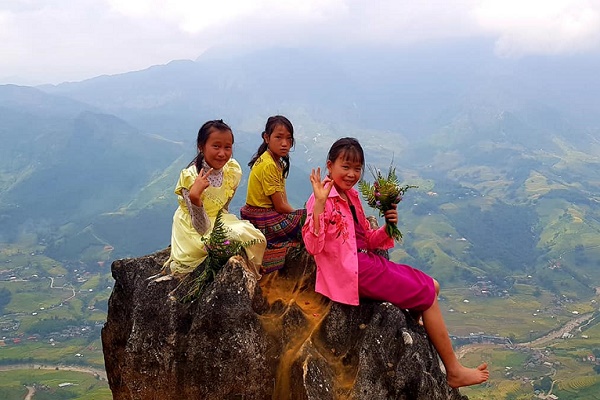 Vietnam meets all your travel tastes

Review Ha Giang Travel From A To Z

The 15 Best Destinations in Vietnam 2020