The beginnings of Taoism are attributed to Lao Tseu, a contemporary of Confucius and himself Chinese. The date was around 500 BC and the doctrine he espoused is explained in a book called Dao Duc Kinh which translates into ‘’The Book of Morality.’’ He devoted his life in searching to find a solution to the conflict in society. Feudal warfare was a constant part of life and if he could reduce or eliminate these problems, life would be so much better.

Taoism encourages a pure and simple life, harmony between each other, nature and the universe. Once goodwill is established Lao Tseu reasoned that conflict would cease. In Vietnam today, Taoism is a blend of spiritualism, divining and an element of magical features relating to religion. Tao means ‘’the path’’ and the religion is seeking to teach followers the correct path in harmony with nature.

It was in the 1st Century that Taoism began to become a religion with followers seeking the opportunity of immortality through their actions.

Yin and Yang
Yin Yang is the common theme, black and female being yin, white and male yang. The latter is active and conformist, associated with heat and the sun. In contrast, yin is cool and passive, often unorthodox. Any problems whether they are illnesses, natural disasters or disturbances are a result of an imbalance between yin and yang.

Taoists aim to avoid harming natural law that governs life. Government should not have a prominent role in life and should certainly not look to make changes.

Taoism and Confucianism have obvious similarities; the latter has no spiritual dimension but beyond that there are few differences. Likewise, Therevada Buddhism and Taoism both espouse non-violence and the path to enlightenment though Therevada Buddhism does not have Taoism’s rituals. Mahayana Buddhism actually adopts much of what Taoism contains, certainly its gods and practices.

If you visit Vietnam, you will be exposed to the richness in society. Vietnam tour packages seek to introduce tourists to much more than landmarks and the country’s natural beauty.

Taoism, Buddhism, Confucianism and Ancestor worship are all important within its borders. Within the temples and pagodas you will see during your travel in Vietnam there will be many Taoist images. Homes have small altars for making offerings and worshipping. The Vietnamese New Year, Tet, is full of Taoist traditions. Superstition, palm-reading and astrology play an important role in life.

If you enjoying a tour in Vietnam, you will often see a small mirrored octagonal disc on which the Yin and Yang are drawn; discs appear above the door of houses and shops. They are guiding the house by from wandering spirits and ghosts. If they provide a family or the owners of a business with peace of mind, then they are doing a positive job. Certainly tourists are likely to meet smiling faces wherever they go so the beliefs of the locals certainly seem to be helping then live their lives despite how hard things are at times. 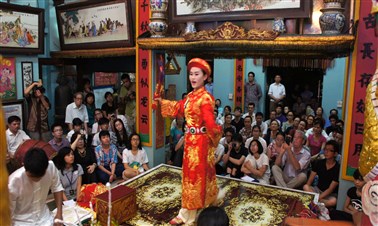 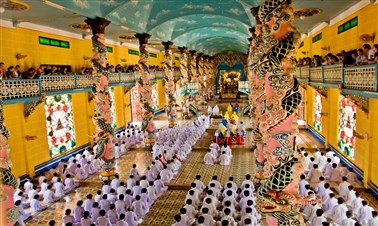 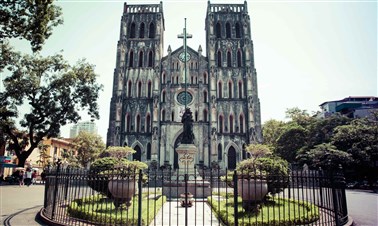 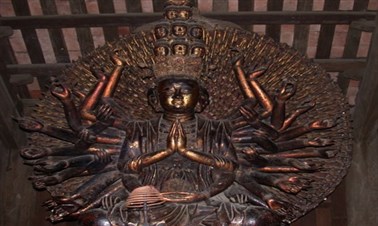 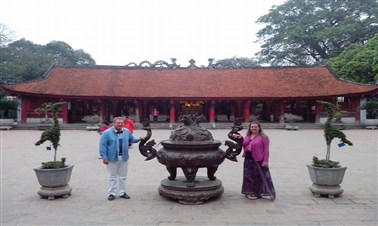